Accessibility links
The Allure Of The Murder Ballad: Ruth Gerson Does 'Delia's Gone' : The Record On her new album, Deceived, Gerson sings 11 songs about the bad things that happen to bad girls.

The Allure Of The Murder Ballad: Ruth Gerson Does 'Delia's Gone' 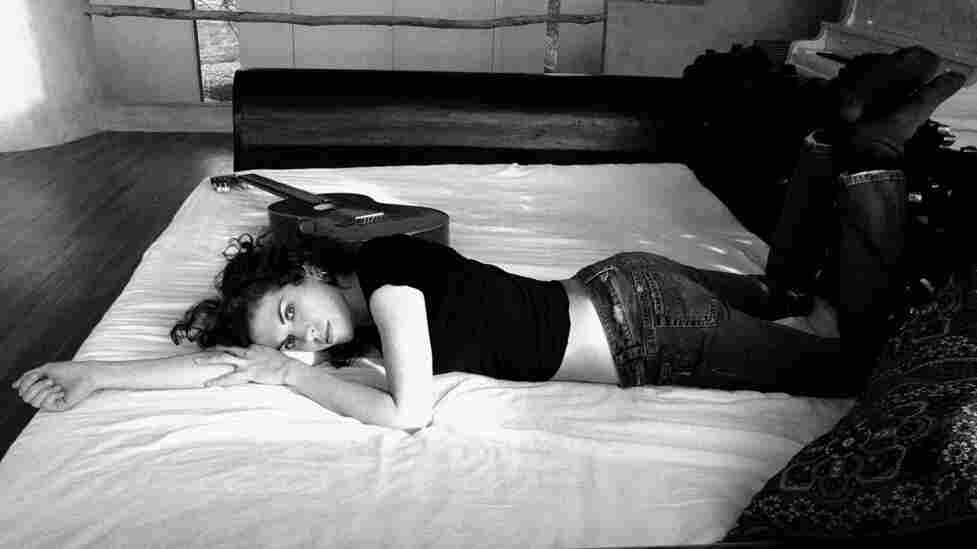 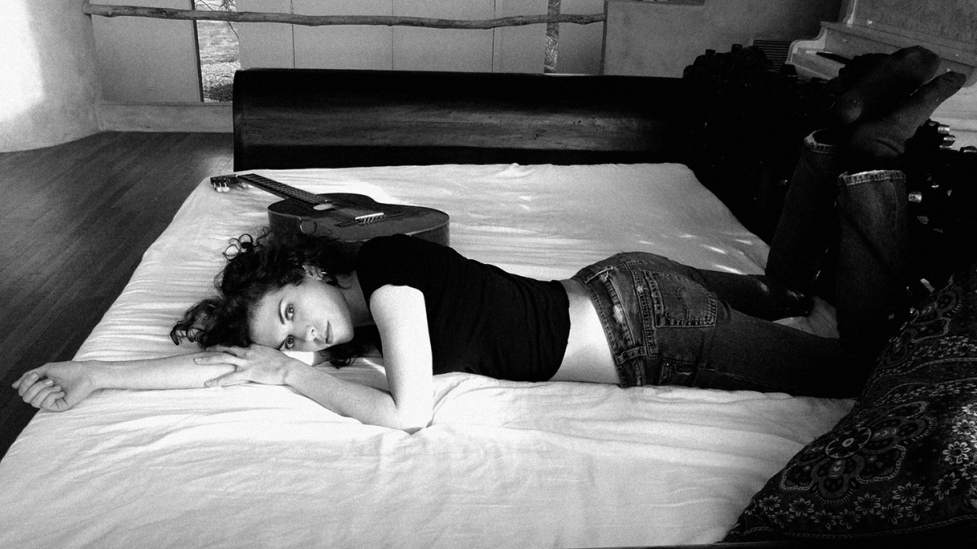 Lisa Mazzucco/Courtesy of the artist

Being a pop culture fan requires a high tolerance for pain – the pain of others, that is, and especially of women. It's a function of art to render unspeakable truths metaphorical. As a fan of crime procedurals, southern rap, opera, heck, even Harry Potter novels, I'm completely comfortable with the bodies piling up outside my soul's door every day. Yet it's hard to not sometimes dwell on the fact that so many of those bodies are female. It's a chicken-and-egg conundrum: does all that symbolic rape and mayhem make us more brutal? Does it make real-live brutality possible to bear?

Ruth Gerson is a singer-songwriter and voice teacher who believes in tackling such matters head on. Her own compositions, available on four underrated studio albums, plumb the depths of both love and violence with a clear and empathetic eye. Now Gerson has recorded a collection of murder ballads — those old songs that disseminated the news of the day, transforming gruesome crimes into the stuff of legend — as a way of noting just how deeply these narratives of oppression are embedded within our psyches.

Deceived is a beautiful record. You could listen to it while eating dinner by candlelight. Gerson keeps her powerful voice whispery and calm for these renditions, and the production, by Rick Chertoff and William Wittman, aims for sweetness and light. The effect is to cast new light on familiar songs, from old ones like "The Butcher's Boy," "Knoxville Girl" and "Banks Of The Ohio" to more recent favorites like "Delilah" and "Ode To Billie Joe" — the latter one of two stories in which women live but their children die, the victims of parental cruelty.

Gerson ends the album with a spare rendition of "Delia's Gone," the century-old murder ballad that Johnny Cash made a hit late in his career.

I asked Gerson to answer some questions about that song, her approach to it and the Deceived project in general (all her proceeds from digital downloads and hard copy sales of the album will benefit anti-domestic violence organizations; her goal is to raise $100,000 for Sanctuary For Families, The Family Violence Prevention Fund, The AVON Foundation (Speak Out!), Shalom Bayit and other organizations).

Your interpretation of "Delia's Gone" is simple, almost jaunty. You project yourself as comfortable assuming the voice of a man who's killed his sweetheart. Why take that approach?

One of the most effective tools an artist has at her fingertips is contrast. Contrast draws attention to something, outlines it and makes it conspicuous. Hopefully it provokes or inspires a reaction.

The contrast of the sweet female voice and the vivid words of a man's confession of murder is multipurpose. There are listeners who might not be able to listen if it wasn't cheerful — I might lose them if I wasn't simple and jaunty. I may get somewhere more directly by an indirect approach.

I had to find a way in to each of the songs and understand how they would come together on the album. "Delia's Gone" revealed itself this way.

This is one take. I sang it once. It had been inside my head so long, I would wake up with it, hearing it this way. It creeped me out, which I thought was good.

Very much the same way, I first heard "Knoxville Girl" recorded by the Louvin Brothers. Upbeat, sweet harmonies. Lyrically the song is bloodier than anything that might play on the radio today, but people used to dance to it. The juxtaposition of the sweet harmonies and the brutal murder made me see something in a way I had not seen it before. I knew I wanted one of the songs on the album to sit in that place, where you hear it and think, "That is insane."

Were you thinking of the Johnny Cash version when you arranged and recorded this song? That one casts a big shadow.

I know that version very well. Johnny Cash is an artist I am deeply inspired by and have listened to my whole life, but it didn't feel like a shadow. It felt like a rock underneath me, holding me up. Because I am singing a man's story in a female voice, it was inherently different.

It was much harder and I struggled a long time to find a way into "Ode To Billie Joe," by Bobbie Gentry. That was a BIG shadow as she is of my favorite singers of all time.

As a female artist, you find yourself compared and you compare yourself to other female artists, as opposed to males. It's interesting how that works. I always encourage my students to channel someone of the opposite sex, if they're going to use that as a performance technique. You would notice right away if I emulated Tori Amos, but not so much if I choose Bill Withers or Nick Cave.

Some historians believe that "Delia's Gone" is about Delia Green, who was only fourteen when her fifteen-year-old boyfriend killed her in 1900. Does the crime in the song seem like the crime of a young person, to you?

Yes. It feels more devastating, when you consider the history of the song, that the murderer may be so young and the victim is a child. Children are capable of the same violence adults are capable of. When it is a small child, in general, they do a lot less damage, but I have seen first-hand 15-year-olds who are capable of an enormous amount of damage.

Women singers have taken on murder ballads from time immemorial, but the way you do so here, and throughout Deceived, is kind of tricky. You're showing up their misogyny while also admitting their allure. What is the enduring appeal of these songs?

One of my closest friends was killed in an automobile accident because everyone on the road was looking at another automobile accident. No one in the original accident was injured. We can't help but look and be curious about the disastrous, the horrible. It may be our brains' desire to unravel it in an attempt to evolve.

Why do we kill? More to the point, why do we kill those who are no threat to us? In Alice Miller's book, For Your Own Good, she discusses the roots of violence in childrearing, and says that when expression is stymied, the brain suffers a duress that causes it to enact its rage. Expression is the means by which the brain can process rage. Without expression, the stress induced by human rage plays out in violence.

Speaking for myself, the allure of the music has to do with a desire to understand why, when we come face-to-face with another, we can annihilate. I can understand an impulse to want to, but I cannot understand where, once met with the face of another who holds no threat to me and could not defend herself, I would get the ability to do what's done in these songs. I have grappled with and studied violence since I was in high school. I sing about it because I want to talk about it. Trying to understand it is part of who I am.

You've written powerful songs about emotional violence, especially on your last album, This Can't Be My Life. How do you connect the songs on Deceived with your own work?

Many of the songs from This Can't Be My Life were written at the time I was beginning research for Deceived. "Black Water" may be the best song on that album and it is a murder ballad that erupted in part from the material I had been compiling. This Can't Be My Life was written just prior to my divorce and I am often just me and I am writing and singing from personal experience. It is a raw, humorous, sometimes beautiful and apparently powerful look at life at the time and finding a sense of self-propriety.

In the songs of Deceived — in every one — I am someone else. I am holding up pictures, I am holding up mirrors. It's not about me, although in a Brechtian fashion, there are moments when the listener may hear what I have to say about it.

Often songs like "Delia's Gone" go into gory detail about the killing of women. How did you prepare yourself emotionally for this material?

I was lucky to get to study Shakespeare with Michael Langham and the major technique I took from him — and use every time I sing a song — is what he called "thinking thought." You have to create the thoughts of the story of the song as they are occurring to you, to have a reality that's in the moment, that's not acted out or put on. It's why I can sing a song a thousand times and not get bored of it, because each time I am thinking the thoughts as if they are happening to me right then.

As a singer, there are moments when it is difficult to sing because an emotion erupts, and in some ways the physical task of singing can save you from getting caught up in the emotion. The most important thing are the words and the melody. They are inseparable. They shape each other and they shape you.

So preparing emotionally means creating the world of the song for myself in my imagination in every detail, who I am, where I am, what just happened, who I am talking to, what is going on around me, what am I thinking, what does the air smell like? So that my emotion is a natural response.

Do you think the protagonist of "Delia's Gone" ever paid for his crime?

Murder is not a crime that can be paid for. There's retribution and punishment, but there's no restoration.

Emmanuel Levinas is a philosopher and theologian I was introduced to in a class on post-Holocaust thought and I have never stopped reading him. He discusses what he calls the "impossibility of murder." He says an "I" is only an "I," if I am "one-for-another." In other words, I only exist in responsibility to another. If I murder, it is the opposite of responsibility, so there is no "I." That may sound obtuse, but it has resonated with me for two decades.

Where I get stuck is in the instance of domestic violence. I am there in what Levinas calls the "face-to-face" with the Other. Why am I not stopped — in reality — in the face of the Other?

I don't think the murderer pays. I think the whole world pays for the murder of every face. That's why it makes sense to talk about it and why we all have a responsibility in working towards understanding it, with an ultimate goal of living in peace.