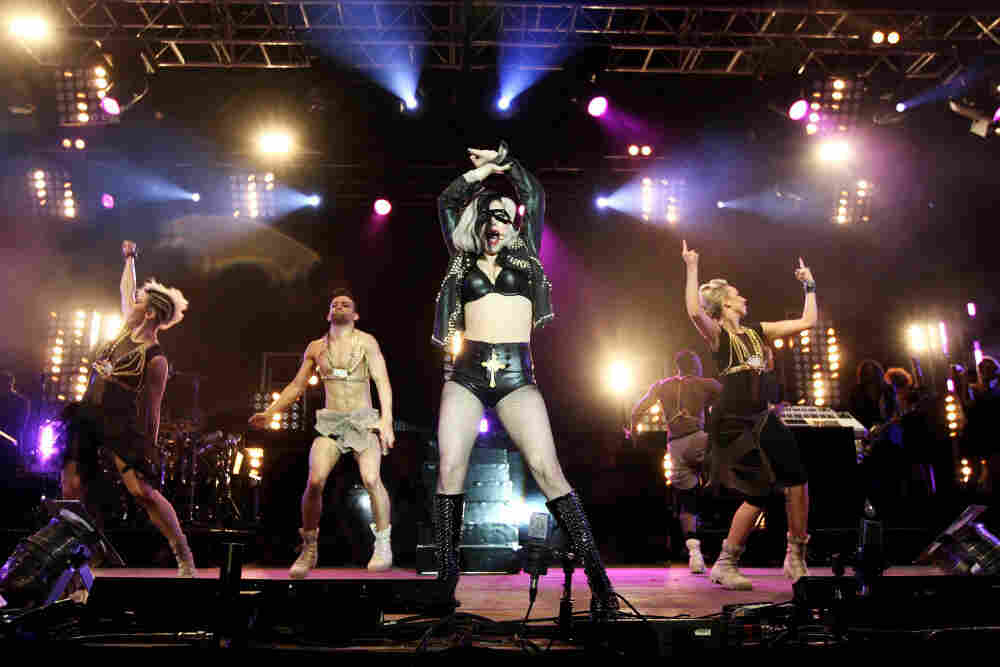 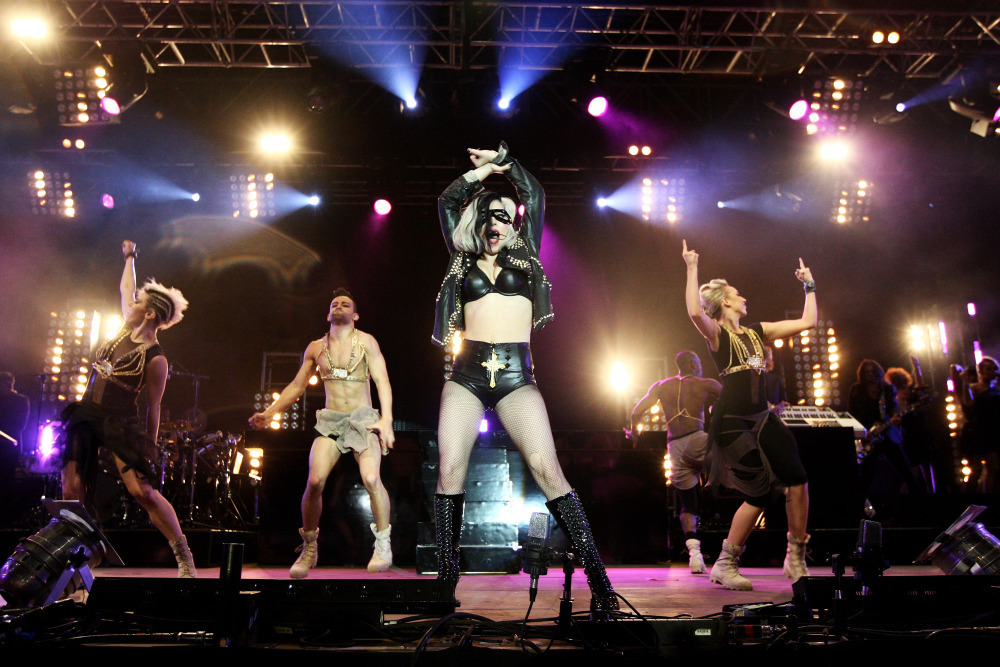 Lady Gaga performs in Carlisle, England in May 2011.

When Lady Gaga's Born This Way was released last Monday, online retailer Amazon made a move to boost its sales of the album by offering the whole thing in MP3 form for only 99 cents. So many people bought the album that Amazon's servers had trouble fulfilling all orders. To make it right, Amazon offered the sale price again, on Thursday.

Ann Powers spoke to Morning Edition host Renee Montagne about the implications of selling an album for a sliver of the price people are used to paying.

Ann says it's important to remember that Lady Gaga "fires on all cylinders." "The physical product of an album is merely one aspect of her overall campaign to dominate popular culture," she says. "Call it a big part of her marketing plan, but not necessarily the absolute center of her art."

Though charging a tiny fraction of what albums usually cost might appear to be a fan-friendly move that would dovetail nicely with Gaga's image as a woman of the people, she didn't have any control over Amazon's price. Ann says Gaga's fans would pay anything to get her latest album — the 99 cent price is more likely to pique the interest of casual listeners.

Gaga's retail plan for this album involved thousands of different retailers, according to her manager. She debuted songs on the online game Farmville, for example, and people buying a cell phone from Best Buy last week got a copy of Born This Way with their purchase.

None of Gaga's moves last week are unprecedented. "She never invents the wheel," Powers says. "She just spins the wheels in ways that nobody quite thought of before." Powers and many other analysts predict Lady Gaga's first-week sales will crack a million. The numbers will be released on Wednesday.