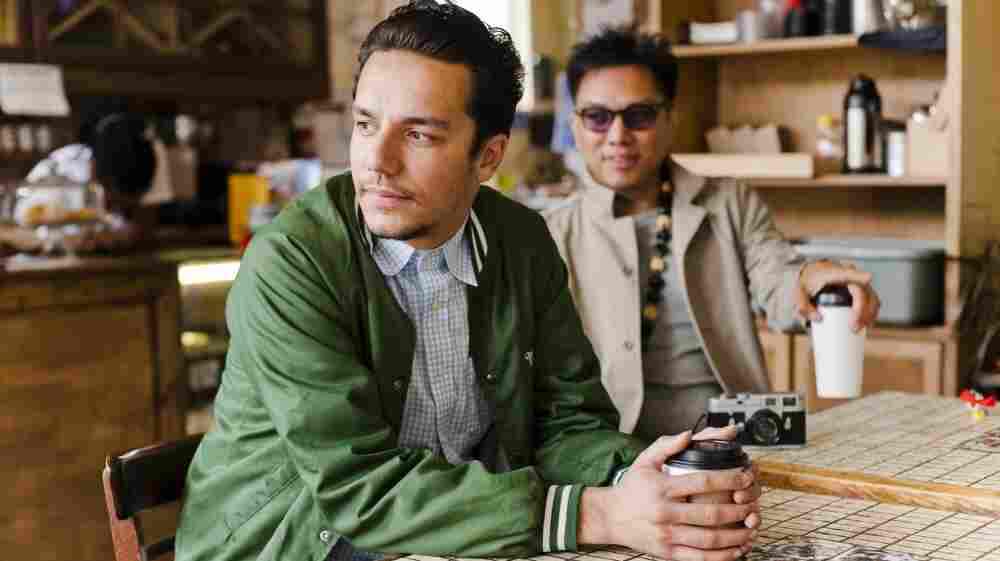 Blue Scholars are, from left to right, Sabzi and Geo. Kyle Johnson for NPR hide caption 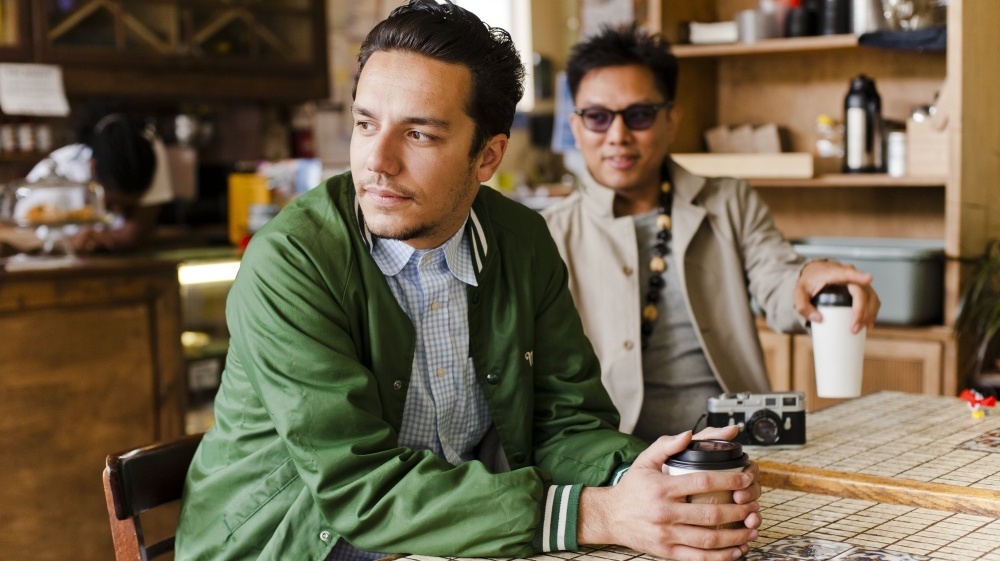 Blue Scholars are, from left to right, Sabzi and Geo.

ARTISTS: In the early 2000s in Seattle, Blue Scholars performed the essential task of bringing hip-hop to music lovers who weren't all that familiar with hip-hop, but were willing to give it a chance. Rapper George Quibeyen, better known as Geologic, and DJ/producer Sabzi Sabzi (born Alexei Saba Mohajerjasbi) are big reasons why today — as opposed to 15 years ago — a rap concert is something the average Seattleite might attend on a Friday night.

The duo's ultramelodic, super-sincere style also resonates especially well with tweens, which has helped their audience beyond Seattle grow as other artists take over the slot of most-buzzed about local act. Blue Scholars is currently regrouping, promoting new album Cinemetropolis more independently than ever before, looking forward to non-Scholars projects with California residents. Geo is set to release music with rapper Bambu; Sabzi will pursue his nascent rap-inspired headphone pop group Made in Heights, with singer Kelsey Bulkin.

At the Station in Beacon Hill, the Blue Scholars are stars — and family. Geo and Sabzi are buddies with the owner, Luis Rodriguez, and his staff. As we talked in this small, warm-spirited establishment, the sound of a barista scraping Mexican chocolate into drinks mingled with the yelps of Geo's kindergarten-aged son and his friends as they played a game on Dad's laptop. The scene felt comfortably hyper-local. The Blue Scholars are clearly still rooted here. But the Internet is helping this most emblematic Seattle hip-hop pair go international in new, exciting ways, as they revealed to us in the final interview of our series on Seattle hip-hop, Grind And Shine.

ANN POWERS: When Blue Scholars came on the scene in the mid-'00s, fans and critics loved you for representing the diversity of Seattle — the multi-ethnic nature of the neighborhoods here.

GEO: For the record, let it be known that Ann made scare quotes with her fingers when she said the word, "diversity"!

SABZI: We need a completely different set of words. The classic terms have just been ruined. But there's a certain face of Seattle, literally and figuratively. We all know about grunge, we all know about coffee, we all know about Microsoft, maybe even Amazon, we all know about indie rock and Sub Pop and The Stranger. Those are all really dope, but guess what? There's also some other stuff too. Which comes from other neighborhoods in Seattle. We're not far from one of the most multi-ethnic zip codes in the country — 98118, from the International District to Renton, all along Rainier Avenue.

ANN POWERS: People might be surprised to hear that. But in bigger cities, the various ethnic communites are larger and don't mingle as much.

GEO: That's one of the things about Seattle that's cool. It's big enough to be a city but small enough to be a town. There's a global identity, but there's also very local identity. We grew up, we spent time here, like I know a little bit about the history of Eritrea, and the Philippines, and Vietnam, and Cambodia, because I have friends that all came from these different places. So, New York and L.A., obviously they're cosmopolitan cities, obviously there's people from all over the world there, but in my experience the kind of mixing among those communities that happens here doesn't happen in those other places.

ANN POWERS: Geo, you stand out on the national scene partly because you're a Filipino rapper. But Seattle has had a strong Filipino DJ and B-boy scene, for at least a couple of decades.

GEO: If you live on the West Coast, chances are you've had Filipino food somewhere, you've met a Filipino person; and there were b-boys dancing and DJs from the mobile DJ crews who would do weddings and debuts and stuff like that, parties. I grew up in Hawaii in the '80s around that, and it's part of who I am. I probably listened to a lot more dance freestyle music and R&B slow-jams than the average hip-hop head. When I moved to Bremerton [an hour west of Seattle] in 1991, I found out the same thing was happening here — a bunch of older Filipinos with high top fades with the bangs hangin' out, and they were all b-boys and DJs. Some of them were graffiti writers.

Very few were emcees, though, and that stuck with me, because there was this sort of internalized thing where like, all we could be was dancers or DJs. When I first got started entering emcee battles, I would be with all the other emcees, and we're just feeling each other out, and nine out of the 10 other emcees thought I was the DJ for the night. I think there was definitely a chip on my shoulder: "I'm not a b-boy! I'm not a DJ!"

ANN POWERS: Sabzi, can you represent this complex Northwest community in your production?

SABZI: There's no real answer to that directly. You can't assume that a person's ethnicity makes them privy to a certain taste in sound. It has more to do with your region, your culture. People are like, "Oh, is it because you're Persian that you have rhythm?" It's like, "No! It's 'cause I grew up on the West Coast in the '80s and '90s."

ANDREW MATSON: Your new album Cinemetropolis takes your sound in new directions — you call the songs "reverse soundtracks" and are encouraging anyone who wants to make films inspired by the songs. And you funded the project through Kickstarter, putting it out yourself. I guess the Internet has changed the game for you?

GEO: Oh man, it's the whole world. For one thing, the audiences are getting exponentially younger. By 2015 we'll be playing for six-year-olds. Literally! At our record-release shows at Neumos last week, there were enough really young people there, and enough older-looking types there...

SABZI: The Internet is now powerful enough to serve us as artists the way we need to be served. We tried using the Internet before it was ripe. We thought we needed to get a manager, and have a deal, and secure distribution. We had, like, printed press packets!

GEO: We had club mixtapes and sampler CDs that would end up on a club floor in some city. Now we can just put the whole album on Bandcamp – and even though we tried everything we could to not chart on Billboard this week, we still did. Somewhere near the bottom, maybe, but we're in there!

ANN POWERS: Your career is hitting a new level — your tour this fall is your first national jaunt as a headliner. But you've also changed your day-to-day game. Sabzi, you don't even live here anymore, right?

SABZI: Technically I'm in New York more than I'm in Seattle, but I've been here a lot more recently, because of the album release and a lot of work that's happening here. I also have a new band, Made in Heights. It's a studio project right now. That'll be all East Coast-based.

ANN POWERS: Geo, what are you doing these days now that he's bicoastal?

GEO: I'm semi-bi-coastal-ing it too. Now that he's got a spot out there, I get to go to New York for absolutely no reason. Or if we have a show there, just stick around for three or four days and just kick it. I think actually the new record inherently tells that story. On the other hand, I'll be going back to school to finally finish up my BA in History and Ethnic Studies. And I'm coming out with another record, a collaborative record with Bambu [of the L.A. group Native Guns] in two weeks. Two albums in one month. We didn't plan it that way, but it actually worked out, because he's going to be our main support on tour this fall.

SABZI: Home is still here. It doesn't matter where I go, or what I do, until something, like, majorly shifts, this will always be the home.