Accessibility links
Our Band Could Be Your Life, Still : The Record The decade-old book about bootstrapping indie rockers is still inspiring young musicians. 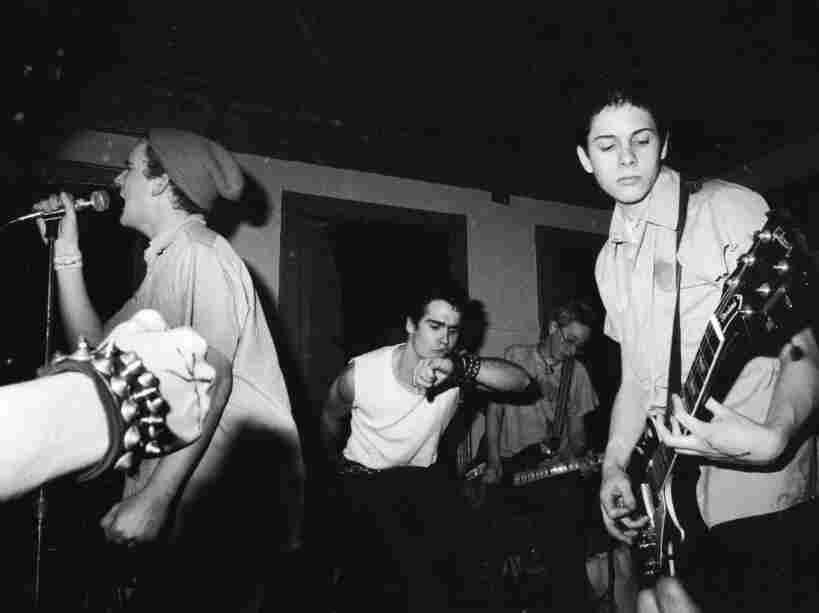 Minor Threat performs in 1980. The group is one of the bootstrapping indie bands profiled in the book Our Band Could Be Your Life. Susie Josephson Horgan/Courtesy of the artist hide caption 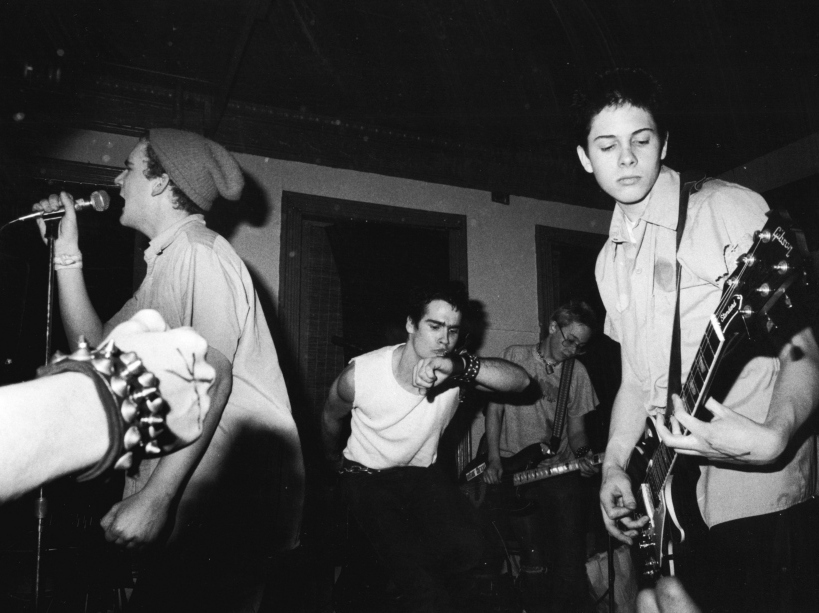 Minor Threat performs in 1980. The group is one of the bootstrapping indie bands profiled in the book Our Band Could Be Your Life.

Susie Josephson Horgan/Courtesy of the artist

My first summer out of college, I picked up a copy of a book that some friends had been trying to sell me on for years. It was all about these obscure rock bands from 30 years ago, and it was an uninviting 500 pages long. But halfway into the opening chapter about the California hardcore punk band Black Flag, I was hooked.

Hear the classic music of 'Our Band Could Be Your Life,' as performed by 14 new bands.

Our Concert Could Be Your Life

Published in 2001, Our Band Could Be Your Life is a history lesson on the beginnings of indie rock, long before it was even called that. It tells the stories of a dozen bands who found modest but dedicated audiences without the aid of major record labels. Some, like Washington, D.C.'s Minor Threat, even started labels themselves.

"It's funny — Our Band Could Be Your Life has been out for 10 years," says the book's author, New York writer and musician Michael Azerrrad. "But in the past maybe three years, I haven't been able to go out to an indie rock show without someone in the audience or someone in a band walking up to me and telling me they were inspired to do what they do by reading it."

One of the people inspired by the book is Ronen Givony. He founded the new music series Wordless Music in New York City, and books classical and electronic performers at the downtown venue Le Poisson Rouge.

"I've told everyone from the deans of Juilliard and the Manhattan School of Music I almost feel like it should be required freshman reading," says Givony. "The example of punk rock, of just being scrappy and being not content to let other people create your career for you – that is really what all young musicians need to learn."

Patrick Stickles, frontman of the New Jersey punk band Titus Andronicus, says he learned a similar lesson when he read Our Band Could Be Your Life as a teenager. 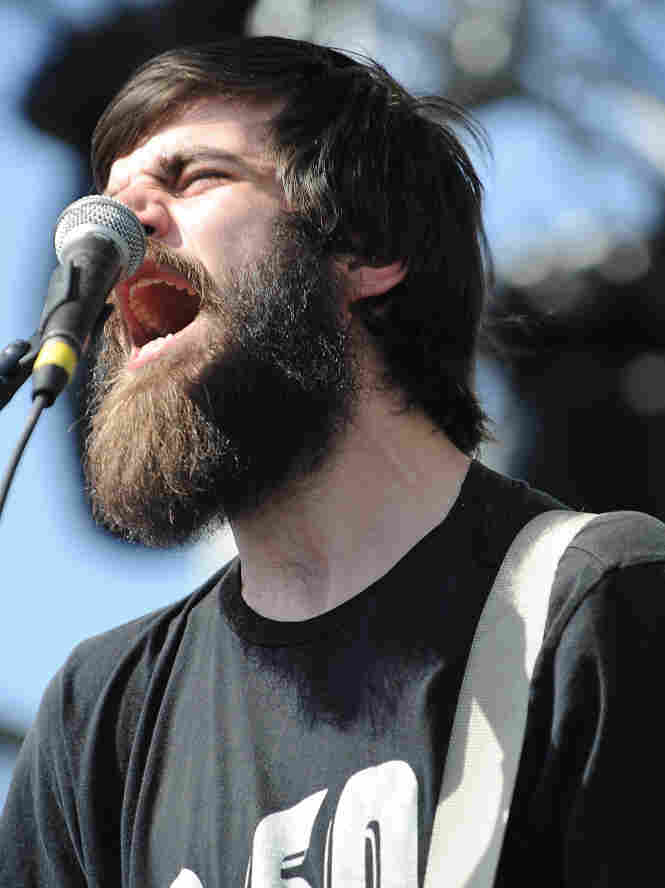 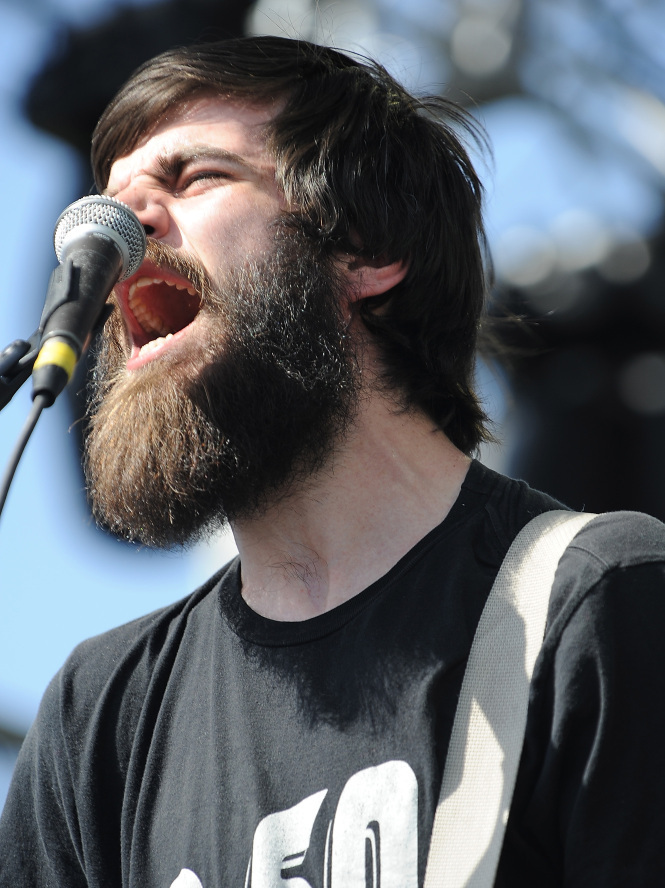 "That was a really empowering thing for a young kid like me — to learn that all these supposedly legendary groups were people just like me and my friends, who were just doing their thing in their own communities with their own resources," Stickles says. "It made me dream of someday getting to do that."

One of the most relentlessly self-sufficient bands profiled in the book is Big Black, the Chicago industrial punk outfit helmed by Steve Albini.

"I prided myself on the fact that my band never undertook a tour where we didn't make money," says Albini. "You don't get anywhere by pretending to be a big shot. You accomplish things by working within your means, and by keeping as much control of your own existence as possible."

Albini says underground music and culture existed long before the period covered in the book – roughly 1981 to 1991 – and that it continues today. But, he says, there was certainly something about those years that caused people to take notice.

"That was the period during which the independent bands and labels got their sea legs and established a solid foundation for all of the other independent artists to work with," he says. "You could have a comfortable existence completely outside of the mainstream music business."

Years after Big Black disbanded, its music and ethics made an unlikely impression on Annie Clark, the woman behind the Brooklyn pop band St. Vincent.

"One of the things that got me first was just the guitar playing," says Clark. "It's just this lacerating noise, this thing that kind of expresses, for lack of a better word, all of your suburban angst and rage. It's kind of physically painful in a really wonderful way."

The extremely masculine hardcore punk that dominated the early sound of indie has given over to a broader range of musical styles in the years since. A concert in Manhattan last night, organized by Azerrad for the 10th anniversary of his book, was a testament to that change — and signaled that the strength of the spirit that held indie rock together in its early days has persisted to a new generation.

Fourteen bands performed the songs of the indie icons profiled in Our Band, with lots of collaboration and cross-pollination. Titus Andronicus played songs by The Replacements, after an introduction by The Hold Steady's Craig Finn. St. Vincent played songs by Big Black before a moshing crowd of young men, many of whom were born after the earlier band broke up. One of the most significant changes in the last three decades is the role of women on stage at indie rock shows. Few women show up in Azerrad's book; most of them take peripheral roles. Of the 14 bands on stage last night, all but three include a female member. 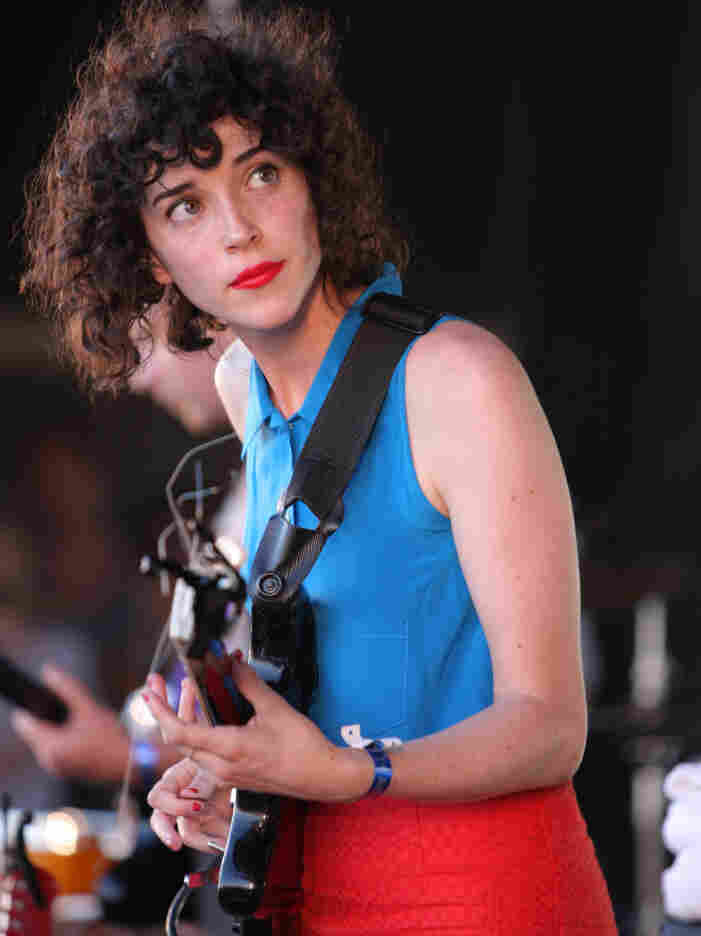 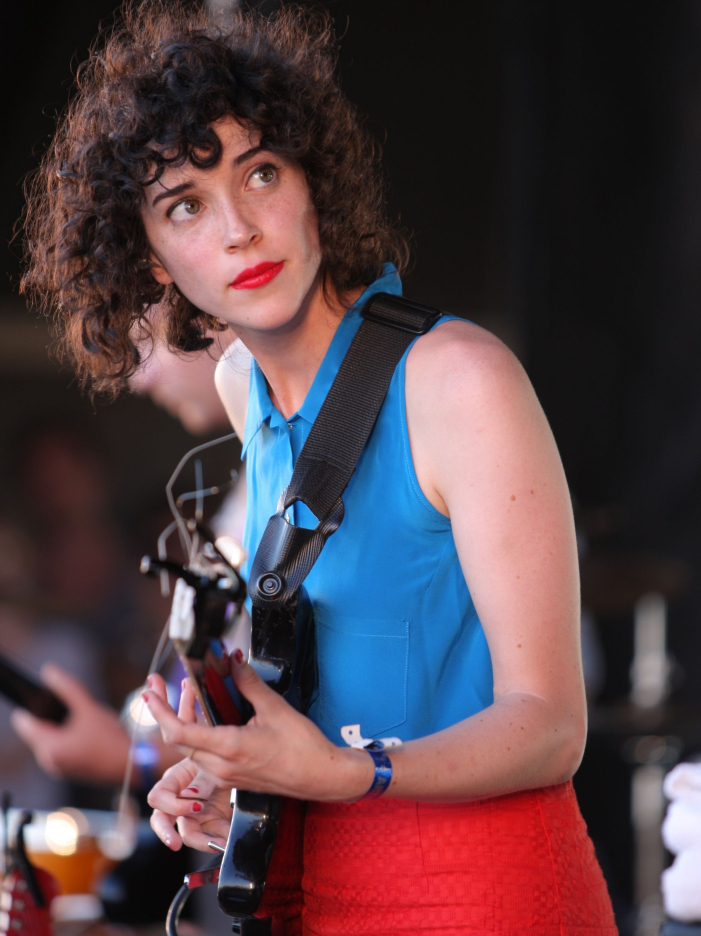 Annie Clark says her career and those of her peers have been a lot easier thanks to the hard work of Albini and others.

"You really had to be committed to the task. That's something that you sometimes don't see these days," says Clark. "You sometimes encounter an attitude of, 'Oh yeah, I'll be in a band for a few years, and then I'll do data entry or something.' But those guys really were lifers."

Michael Azerrad concurs that emerging musicians today are dealing with a radically different playing field from their '80s forbears. "All the infrastructure is in place," he says. "There's a huge network of clubs perfectly set up to accommodate this kind of music. There's all kinds of media that publicize this music. There's all kinds of online music stores where people can buy this music instantly. A lot of it is just so much easier."

But Steve Albini says it's important to remember that some things about being in a band — mainly, the inconveniences — will probably never change.

"You need to find a place to practice. Someone has to come up with a van if you want to play out of town. This guy's girlfriend doesn't like the guitar player," Albini says. "I don't know that the experience of being in a band is ever really gonna change."

Except that for the past 10 years, there's been a manual: a book that demonstrates how fledgling musicians can build a thriving community all by themselves.