Accessibility links
Remembering Retro-Soul Singer Amy Winehouse : The Record Ann Powers met the singer in 2007, just as she was becoming a star in the U.S. 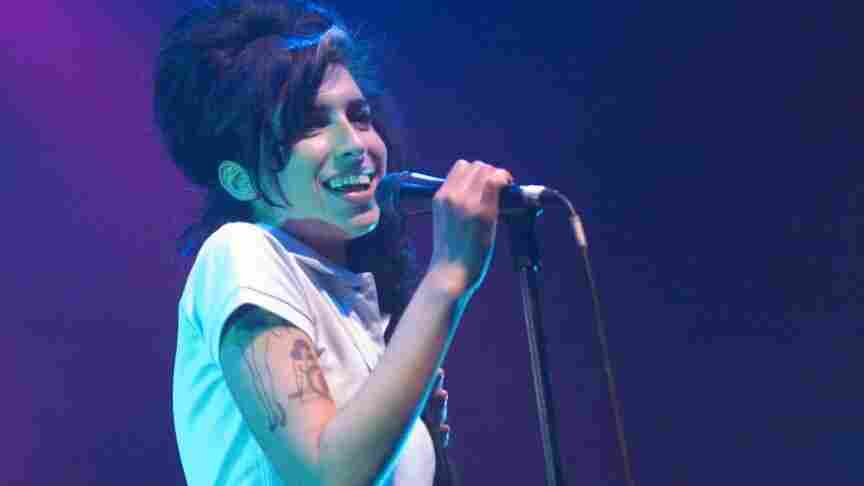 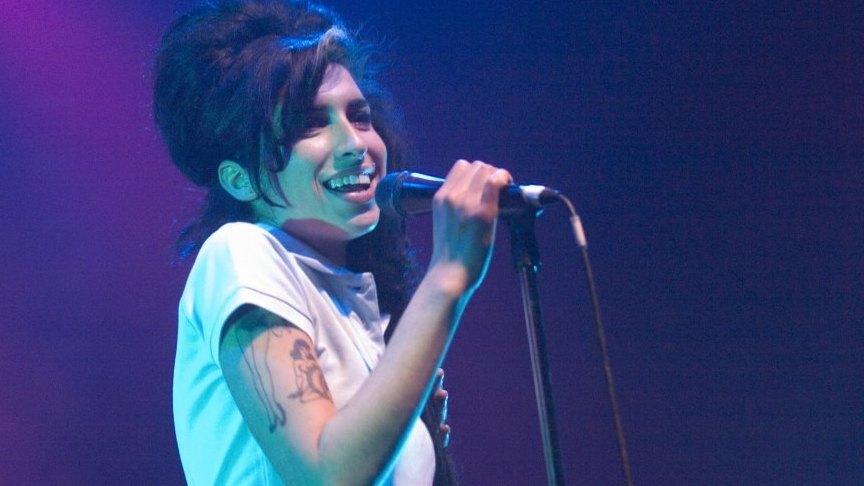 Amy Winehouse onstage in London in 2007.

Amy Winehouse, the brassy singer and songwriter who mixed gospel and jazz inflections into pop songs has died at the age of 27. According to the AP, her body was found at her home in London, and the police are calling her death "unexplained."

Winehouse's biggest hit was "Rehab," which she wrote in response to pressure from her label to go into treatment. She won five Grammy awards in 2008, including Best New Artist, for the song and her second album, Back to Black. But she also publicly struggled with drugs and drinking, and last month canceled the remaining dates on her European tour.

We were driving to New York City when I heard Amy Winehouse had died. I met her there once, in 2007, during that gleaming moment when she was first making it in America and it seemed like her future and pop's future were intertwined.

We went to Sammy's Roumanian restaurant on the Lower East Side, where she ate a healthy meal and talked animatedly about what soul music meant to her.

"When I fell in love, I thought, 'I'm gonna die with you,' " she told me, referring to her romance with ex husband Blake Fielder-Civil, which at that point was in a lull. "So much pop these days is like, 'What can you do for me? I don't need you. You don't know me.' Back in the '60s it really was like, 'I don't care if you love me, I'm gonna lay down and die for you, because I'm in love with you.' "

Coming from the mouth of healthy-looking young woman who would go on to deliver a rousing, even joyful show at the Bowery Ballroom that night, these words seemed admirable. Now I know I was one of the few journalists to catch Winehouse during a period of strength, when her addictions were at bay and her artistic vision took precedent.

The Amy Winehouse I met is the one we hear on Back to Black, the album that made her reputation, won her five Grammys and which is now her towering legacy. The chances she took in its heart-wrenching songs made Back to Black stand apart. With her performances, which were not just confessional but determinedly hyper emotive, Winehouse risked a full embrace of classic rhythm and blues. Her ragged alto could also feel ugly in the ears. But her insistence on exposing herself within the drama she had constructed — and her gift for convincing us that, in music's realm at least, it was all real — made Back to Black one of the great albums of the new century.

What followed this early promise was one of the saddest downward spirals in recent music history. Winehouse's unbalanced lifestyle, which sometimes seemed like her idea of an antidote to today's robotic professionalism, became a hindrance, both personally and professionally. She seemed locked in a battle with the media — her observers both fretted over her and demonized her, and she responded with self-damaging defiance. Like Elliott Smith, another artist whose insight into pain elevated the art while burying the maker, Winehouse grew ever more erratic and finally made a last worst mistake.

Women's suffering has often inspired admiration from audiences whose embrace of their tragic heroine can seem like equal parts sympathy and sadism. Those of us who took pleasure in the fruits of Amy Winehouse's inner turmoil now have to acknowledge its ultimate end. As we contemplate this, we can also revel in what was most entrancing about her music: its brashness and utterly engaging power, the upfront expression of a woman who was loud without apology. Her big notes still live.