Accessibility links
Getting A Fake Phone Number Never Sounded So Good : The Record Metronomy, recently nominated for the Mercury Prize, calls its song "Some Written" "a bit weird."

Getting A Fake Phone Number Never Sounded So Good

Getting A Fake Phone Number Never Sounded So Good 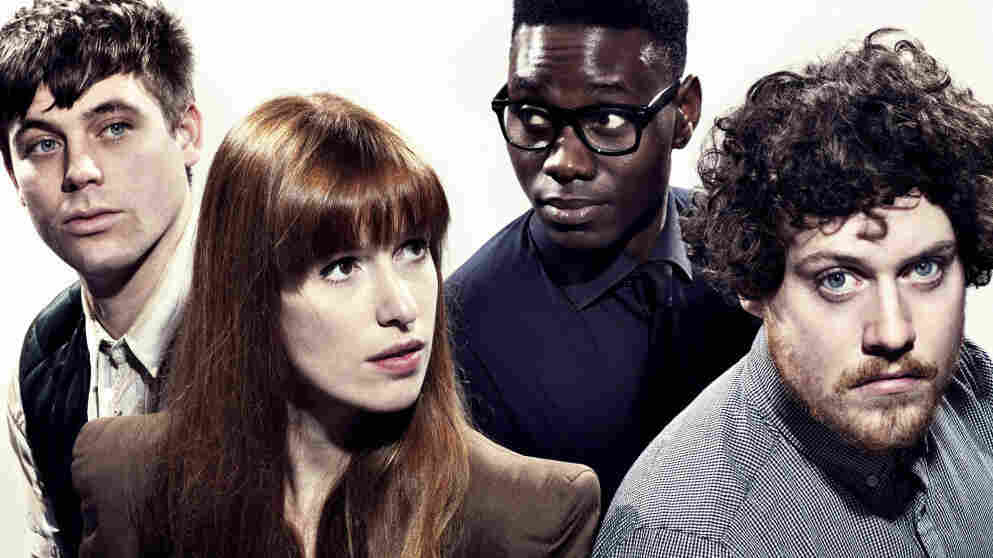 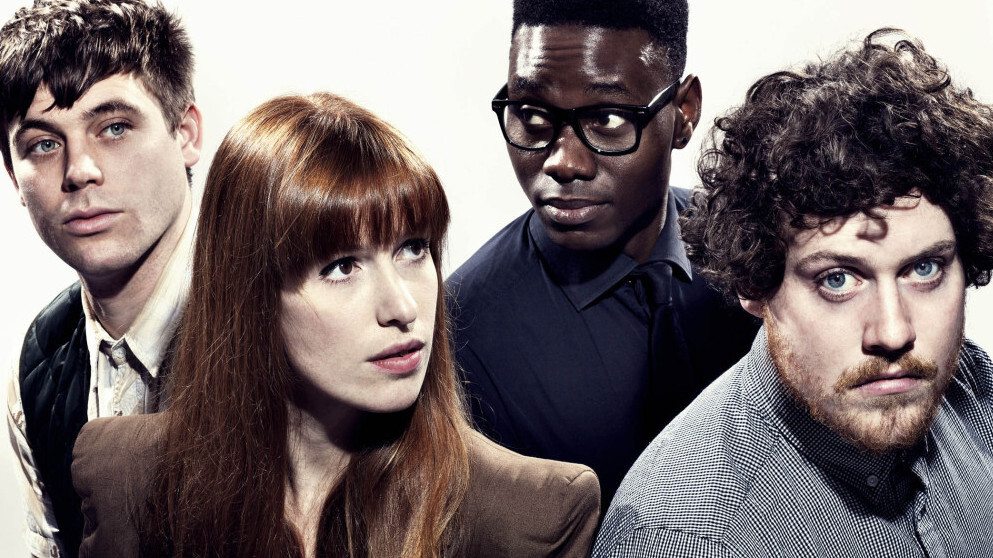 Phil Sharp/Courtesy of Because Music

"Some Written" is a song about being handed a fake phone number. But it's not a dirge. It's instead, in the songwriter's words, "breezy." He also calls it "an act of confidence."

Joseph Mount is the driving force behind Metronomy, whose new album, The English Riviera, was nominated for the Mercury Prize (awarded to the best British or Irish album every year) just last week. To make the album, Mount left his bedroom, where he'd made 2008's Nights Out and 2006's Pip Paine (Pay The £5000 You Owe), and moved production into a studio directly across the street from News International's headquarters in London.

Mount says "Some Written" in particular, but really the whole album, represents the band at ease with itself after three albums, as many lineup changes and outlasting a rash of early-career Internet hype.

Mount and the longest-running member of his band, Oscar Cash, are in the U.S. this week to play two shows, New York on Thursday and Los Angeles on Saturday, with the newest members of Metronomy, drummer Anna Prior and bassist Gbenga Adelekan. They'll be back in the U.S. for more dates in October.

Mount and Cash recently came in to our New York office, where Mount accidentally gave us his real telephone number.

Why do you want to talk about "Some Written"?

Joe Mount: For me – on the new album – it seems like the most ballsy, or something. The most different from the previous stuff. It starts off with this quiet, simple, a bit kind of middle of the road piano-y bit. And I think for me it was just the process of sitting down and starting to work out the song. Being like, "Wow, this sounds kind of like Billy Joel. This is a bit weird. It feels a bit wrong."

Oscar Cash: I remember hearing a little version of that song off your computer, that you'd done at home. I wasn't sure when I first heard it. But that's what I enjoy about Joe's music – he really knows what he's doing. The riff at the end is what really caught my attention.

You went into studio for this album. How would this song sound different if you'd made it at home?

OC: ["Some Written"] represents the sort of attitudes you had about going into a studio, that you should be a bit indulgent and use some instruments there for the sake of it. Just to be sort of indulgent in the studio with your ideas.

JM: I think, probably, if it had been done on the computer, it would have ended up sounding much more self-conscious. But then I think that goes for a lot of stuff that's on the record. There are certain instruments or keyboards that you wouldn't use at home, and in a studio you can use them and you can make them sound really good, whereas if you're doing stuff in your bedroom you can never really quite nail the atmosphere.

What instruments did you use on this song?

JM: It's quite simple really. There's drums, there's Wurlitzer and a bass guitar. Then the rest of it are just little synthesizer parts, and I guess a Moog and some old Yamahas. There's probably only about four or five things going on it.

And it's your voice for the backing vocals?

JM: Yeah, on that one. The whole thing about singing for me is that I started with zero – well obviously, not zero confidence, but I don't know, like five confidence.

JM: Yeah, the number five confidence. On a scale of 100. I could do it, but I thought it was best to just do it really deadpan and not try and affect your accent in any way, because I hate it when people do that. With the new album, and definitely with that song, I thought, "Well, actually, you've maybe got it wrong. People enjoy hearing a bit of something." Like a bit of emotion. With that one the idea was to try to put a little bit of character into it. And I suppose it is quite high up for me to sing, so it's maybe a bit more ... jazzy.

I think there is a jazzy feel to this song. The drums ...

JM: The rhythm as well. It's pretty loose.

How do people react when you play this song out?

JM: It kind of depends where we put it in the set. We've got one version we can do of it which is like an encore version. I just do a bit of chatting over the top, thanking people for coming out.

OC: Sounds very awful, but it's not!

JM: And the other one is slipping it in in the middle somewhere. The great thing about the new record is it's a lot of people's first inroad to us. So those are the songs that they know, so I think they're always happy to hear it. And in the set it is the only song which occupies that space or something. So they're grateful for ...

What space? Can you describe it a little bit?

It's a chillout song.

OC: Yeah! No, but it's got a certain dynamic that a lot of the other ones don't. In the set it's just a bit more for us to play with really.

And in the sequencing of the album it's like the third to last song?

JM: It's like the home stretch. I think that's a good spot for it. To me it's like we were saying before — it being there in the first place is an act of confidence, self-confidence. The fact that it's on the album is this real nice – I just think of it as being at ease with myself and ourselves. So I think at that point on the record it's quite like wrapping up the show, and it's got that feel to it. That, "Thanks for coming out guys. See you next time."

Lyrically does it do that?

JM: No, no. Lyrically it's supposed to be a bit of a funny – there's not actually that many lyrics, but the idea is that it's about meeting a girl at a bar and chatting them up, thinking everything's kind of great and then you managing to get her number, and her leaving. And then realizing that she's intentionally given you a number that's too short. So, like, she actually doesn't like you. Yeah, it's two numbers too short.

OC: Cause if you give it one too short then they have to try dialing it nine times. But if it's two too short, than that's hundreds of times.

JM: The idea is that she doesn't want him to have the phone number.

Got it. So it's confident sonically, less so lyrically?

JM: Yeah, and I think it's quite nice, the idea of having this breezy song musically and then there's – not woe-is-me – but the idea of her going and starting to drink the drink she's left behind. It's a bit of a depressing image. That's the thing I quite like.