Accessibility links
Free Concerts: In Washington D.C., They Happen 365 Days A Year : The Record The Kennedy Center partners with cultural institutions to put on free shows every day of the year. 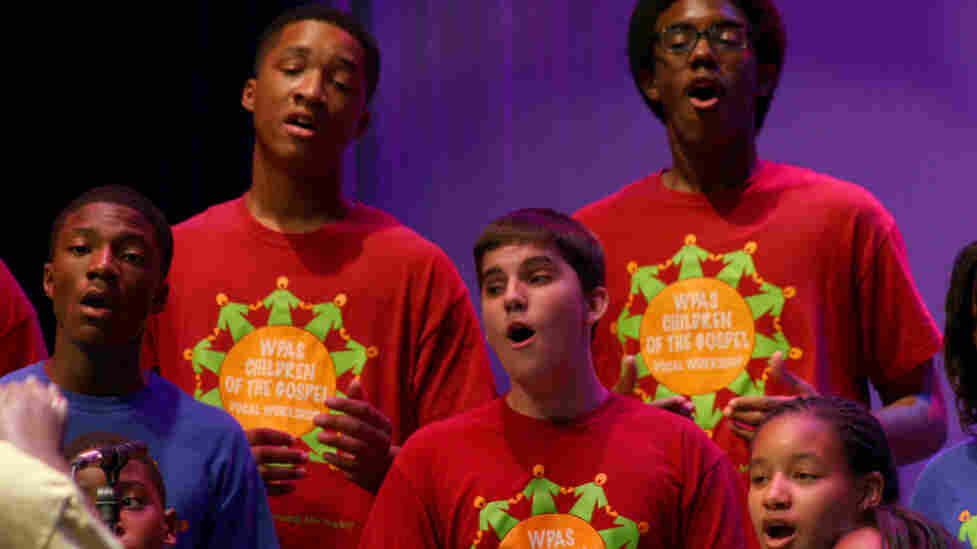 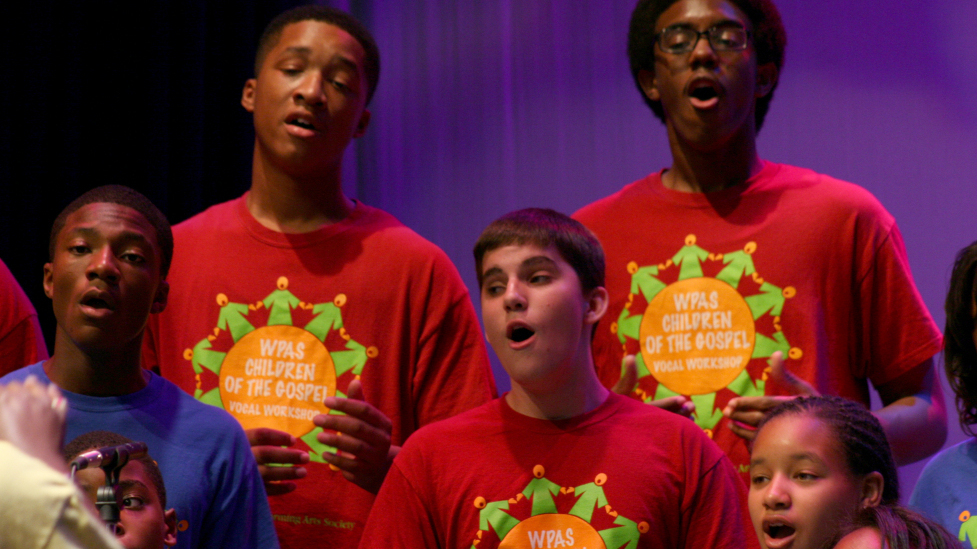 Courtesy of the Kennedy Center.

Over the next few weeks Weekend Edition Saturday will be producing stories about the business of putting on free concerts, how they work and what they bring to their communities.

The Real Cost Of A Free Concert

In Washington, D.C., at the Kennedy Center's Millennium Stage, audiences can hear opera, jazz, folk and hip-hop seven days a week, 365 days a year, at 6 p.m. sharp — and never pay a dime.

The Kennedy Center for the Performing Arts is funded by both public and private dollars. And it was always intended to be accessible to everyone. But the mammoth white building can be a little intimidating. Immense chandeliers, red carpeting, tickets priced at easily $50 or more.

Or you could go for free and see, for example, They Might Be Giants. Or Thomas Mapfumo and his band from Zimbabwe. Or a children's gospel choir.

More than 300 people came to see the Washington Performing Arts Society's Children of the Gospel Choir, including 74-year-old Jalil Mutakabbir.

Mutakabbir has been coming to see shows at the Millennium Stage for years. She lives in a senior citizens community and occasionally attends shows with other people who live there. "Not too many places you can get a free show of quality," she says. "Most of the residents who are here with me can't afford to go out and see a nice show and pay for it, because it's so expensive to get out and see a good show."

Now imagine what it's like to book all of those concerts. To do that you'd have to be someone with enthusiasm and tenacity — someone like Garth Ross.

Ross's office is cramped and windowless. He's got about a dozen large Post-It notes plastered along the wall — future projects he's working on for the Millennium Stage. One says "What's Goin' On/John Legend." Another says "Swing, Swing, Swing." There's one that says "Conservatory Project."

"We are bringing opera into our conservatory project program, which is an exciting growth there. We were going to work with Lauryn Hill and that didn't work out," he says. "She's super fabulous. It just didn't work out for a variety of reasons."

When it does work out, it's often a collaboration between the Kennedy Center and another cultural institution. Ross says they couldn't put on that many concerts without partnerships. Ross works with a staff of five — and says the annual budget for the Millennium Stage is less than $1 million. Divide that by 365 ...

"We're dealing with a very small amount per show," Ross says. "So if we were to try to pay all of these expenses on our own, it just wouldn't fly."

Ross says all of the professional musicians who perform on the Millennium Stage are paid, sometimes by the Kennedy Center, but often by one of their partners like the Library of Congress, the Smithsonian Institution or one of the embassies so plentiful in Washington.

The idea for the free concert series originated about 15 years ago with two major Kennedy Center donors — Jim Johnson and Maxine Isaacs. Johnson remembers when they were getting ready for their first news conference to announce the series.

Around three million people have attended a concert at the Millennium Stage, Johnson says. He believes this free series is what the Kennedy Center should be doing.

"This is a presidential memorial for John Kennedy, who stood for the best in American life," Johnson says. "We didn't want to have any barriers to people being able to come and enjoy the best the Kennedy Center has to offer."

The Millennium Stage is also great promotion for the Kennedy Center as a whole. It gets a lot of people into that colossal building who otherwise might never go.