Accessibility links
Songwriter Jerry Leiber Has Died : The Record Half of one of the 1950's most successful songwriting duos died in Los Angeles Monday. He was 78. 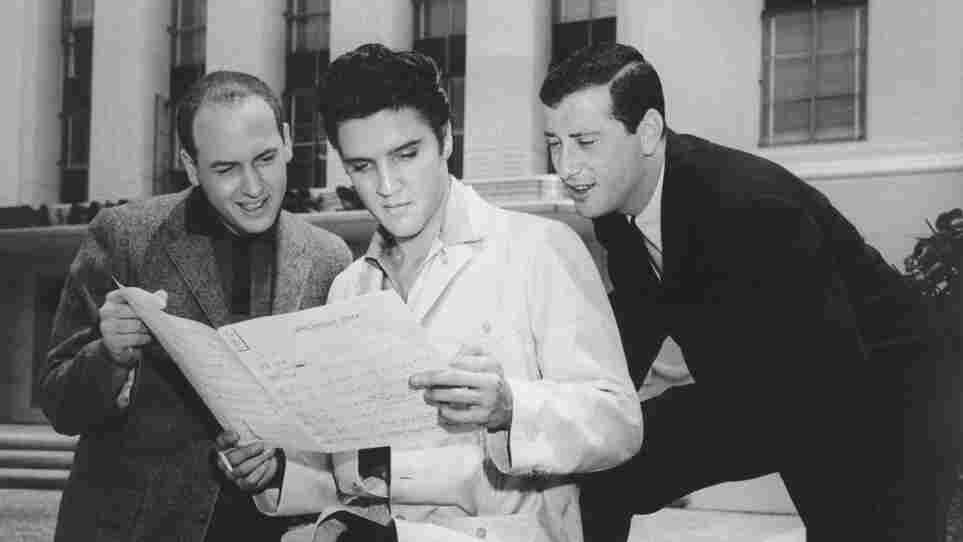 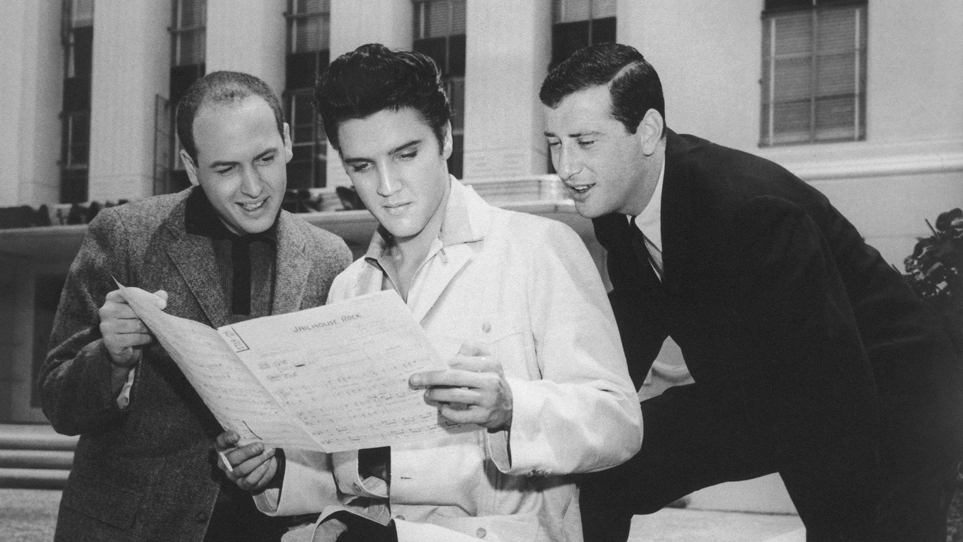 Jerry Leiber (right) looks over Elvis Presley's shoulder at the sheet music for "Jailhouse Rock" in Los Angeles in 1957. His songwriting partner Mike Stoller stands to the left.

Jerry Leiber was the lyrics. Mike Stoller was the music. They made hits for The Drifters, The Dixie Cups, even Peggy Lee. But when Leiber first asked Stoller to work with him, Stoller said no. You can hear that story and more in Zoe Chace's remembrance of Leiber that airs on Morning Edition on Tuesday. Click the audio link above to listen.

Jerry Leiber, half of one of the most prolific and successful pop songwriting teams of all time, died Monday morning in Los Angeles of cardio-pulmonary failure following a lengthy illness, according to a source at Leiber and Stoller Enterprises. He was 78 years old.

In an interview on NPR's Morning Edition in 1991, Leiber described his partnership with Mike Stoller as "Long, long years of ... stepping on each other's toes ... and words and sentences and, also, finishing each other's lines on songs." According to the pair, Leiber had barely spit out the words, "Take out the papers and the trash" before Stoller chimed in with, "Boy you don't get no spending cash," the first lines of their 1958 hit for The Coasters, "Yakety Yak."

Leiber grew up in Baltimore, and met Stoller (from Long Island) in Los Angelese in 1950. Over the next decade nobody wrote hits like Leiber and Stoller. The pair had the first hits with songs they wrote for black musicians: their biggest hit, "Hound Dog," was originally recorded by blues singer Big Mama Thornton in 1952. By the time Elvis Presley turned it into one of his signature hits in 1956, it had been recorded at least half a dozen times.

Many of Leiber and Stoller's songs became standards that lived well past their original performances. Their 1952 composition "Kansas City" was a hit for Wilbert Harrison in 1959 and was later recorded by Little Richard, The Beatles, Brenda Lee, Sammy Davis, Jr., James Brown and The Everly Brothers. The version of "Stand by Me" performed by Ben E. King, who co-wrote the song, was a top ten hit in both 1961 and 1986.