Accessibility links
Nick Ashford, Songwriter, Singer And Producer, Has Died : The Record Songs like "Ain't No Mountain High Enough" and "I'm Every Woman" are ingrained in American culture. 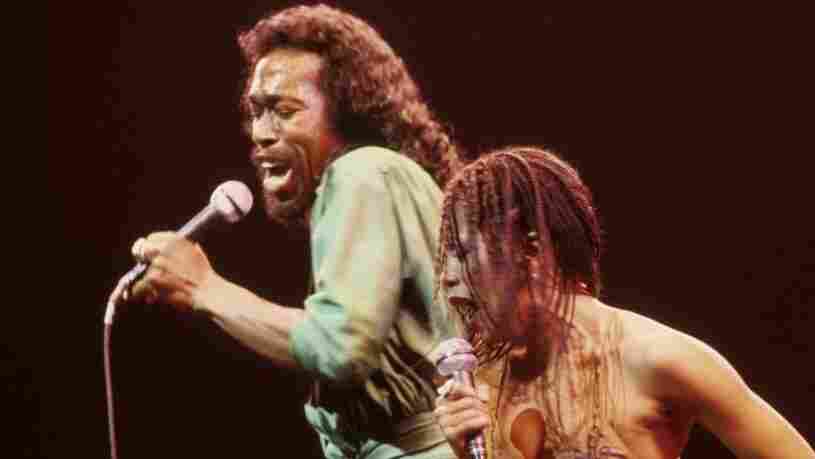 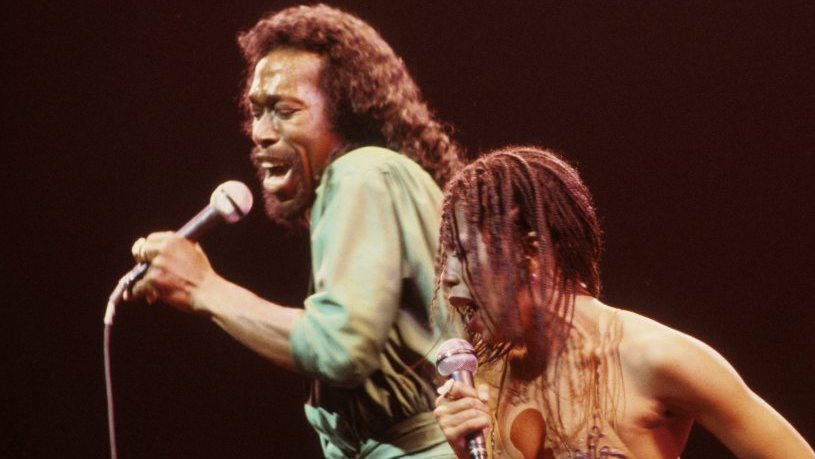 Nickolas Ashford and Valerie Simpson on stage in New York around 1978.

Nick Ashford's songs are so ingrained in American culture they almost seem to have written themselves — songs such as "Ain't No Mountain High Enough" and "You're All I Need to Get By." Ashford was married to his songwriting partner, Valerie Simpson, for over 30 years. Ashford died Monday at the age of 70.

Ashford and Simpson wrote "Ain't Nothing Like The Real Thing" for Marvin Gaye and Tammy Terrell, "Reach Out and Touch (Somebody's Hand)" for Diana Ross and "Solid as a Rock" for themselves.

Believe it or not, Ashford told NPR five years ago he never expected that song to get big. "I was shocked — surprised — when 'Solid' became a hit," he said. "I wasn't sure I thought — I loved the song but didn't think it would rise to the heights it rose. It was just interesting to me. And now it's like our anthem. We can't leave the stage before we sing that."

When Ashford met Simpson at a Harlem church, she was a 17-year-old music student and he was a down-on-his-luck dancer, the son of a construction worker from Michigan. Their first big hit began as a joke when they started working with a major music publisher.

"We came into his office one day and he said, 'You guys got a song for us?'" remembers Ashford. "And we said, 'Oh, yeah, we wrote this great song.' But it was a song we went out the door singing when we couldn't write any songs. We would say, 'Let's go get stoned.'" The song became a hit for Ray Charles, who was then fresh from rehab.

"Let's Get Stoned" got the attention of Motown, where the two became star staff writers, penning hits for the likes of Smokey Robinson and Aretha Franklin. Over the course of their entire career, generally speaking, Valerie Simpson wrote the music, Nick Asford wrote the lyrics.

"You could argue that he wrote one of the most important and meaningful feminist pop anthems of all time," says music scholar Jason King, about Chaka Khan's 1978 hit, "I'm Every Woman." They wrote it after they left Motown.

On a dime Ashford and Simpson could turn around and generously express a man' s experience in a song like "Is It Still Good to You," with Teddy Pendergrass. "It's all about intimacy in a relationship, and what happens when it starts disappearing. And it's all about a man's fears about that disappeared intimacy," says King. "So it's very touchy subject matter, but it's dealt with with incredible lyrical sophistication."

King says as a lyricist, Ashford was a master of economical storytelling. He'd use just a few words to convey a huge, powerful story in a four-minute song. "Which is not easy to do," says King. "There's characters presented, there's drama, there's suspense, there's tension, there's conflict — and that's his lyrical skill."

A skill that King believes says puts Nick Ashford in the ranks of Ira Gershwin, Billy Strayhorn and Smoky Robinson. It's in his expansiveness, his brevity and his generosity of vision.