Accessibility links
Songs Of The Summer: Musicians' Picks : The Record We asked musicians from San Francisco to London to tell us their summer jam.

Songs Of The Summer: Musicians' Picks

Songs Of The Summer: Musicians' Picks 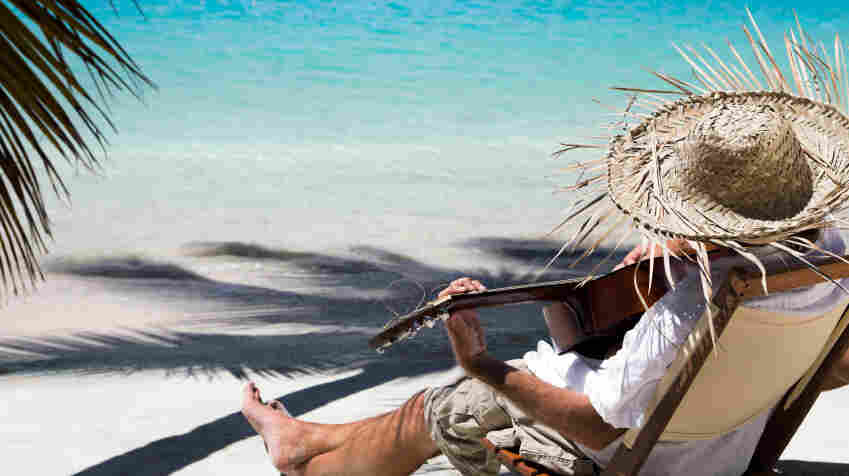 Musicians from San Francisco to Nashville picked songs by everyone from Erykah Badu to My Bloody Valentine. Christian Wheatley/iStockphoto hide caption 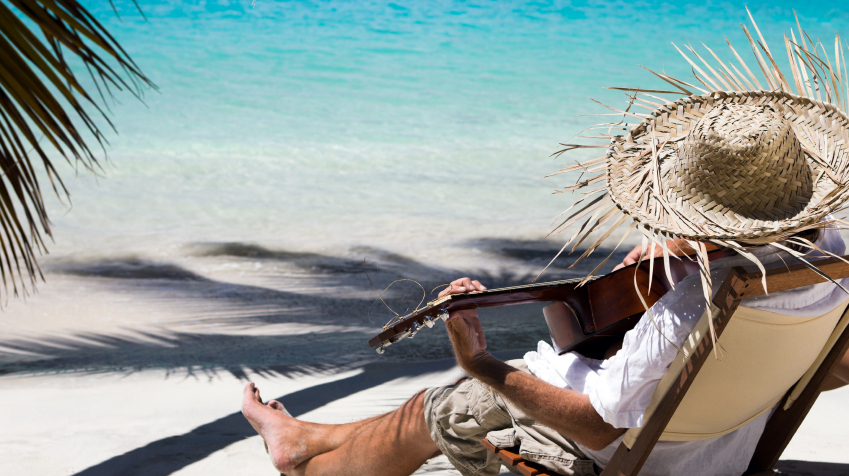 Musicians from San Francisco to Nashville picked songs by everyone from Erykah Badu to My Bloody Valentine.

In the past week and a half we've asked a handful of musicians from across the country to tell us what's been their summer jam this year — a track they've found unavoidable or one they themselves have worn out, a song they listened to all summer long or one that soundtracked a single perfect summer moment.

I wish I had a new song that has really been rocking this summer, and I really hoped Watch the Throne would supply it. Nevertheless, Erykah Badu's song "Turn Me Away" has been on repeat during most of my car trips with my twin three-year-old boys. My boys love the song because of the simple three note melody that she repeats incessantly. It almost sounds like a children's song, and combine that with an unbelievable groove, it's got all the making of a summer jam. I'm truly wearing it out, even though I've had the recording for a long while. Thank you, Erykah.

My song is a wonderful song about buying used bicycle parts on Coney Island. The song is filled with details small and large: our narrator poses for a photo in front of a white Lamborghini, watches TV in a restaurant, gets lost coming home and enters some strange confused vortex (otherwise known as Brooklyn's Owl's Head Park). I first heard it while I was looking for reclaimed wood at Building REsources, an amazing recycling place in San Francisco. It was sunny and I was a little dazed from the heat, going from aisle to aisle, and slowly I tried to piece together the story of the song. It was pretty tremendous. I've heard it 100 times since then!

I've had the need to replace several items in my wardrobe in the last four months, and for this I go to a couple guaranteed hunting spots: Downtown Brooklyn's Goodwill and Unique. In these places I'm forced to listen to something I'm not typically keen on: Pop Music. It can, at times, be a stretch for me to appreciate noticeable Auto-Tune or predictable chorus melodies, but this particular song kept catching my attention, especially during the second half of the song where the rhythm takes a turn towards the dance-y vibe. Suddenly I, and all those browsing around me, are unselfconsciously bouncing our shoulders and bending our knees to the more attractive beat.

I like it because it's fun, and I like fun! Fully! I hadn't thought about it until now, but that song has come to be quite present in my popularly cultured Brooklyn summer: I hear it from cars as I pass them in the hot, heavy traffic, in pharmacies, bodegas, grocery stores and at the beach. Pop music gets around. I was clueless of the author until today, as it jumped from the kitchen at my favorite Mexican restaurant during lunch, and my waitress became detective.

Max Bloom (Yuck)
London
"When You Sleep" by My Bloody Valentine

I wanted to say Pulp because I've been seeing them a lot this summer, but it wouldn't be fair because this summer isn't technically over yet. It will be soon though; it's already dark and raining. This song really reminds me of summer just because it is quite a "hazy" song ... I'm aware that makes no sense. It just reminds me of being really hot which is rare in London, because it gets so hot for about a week and then becomes freezing cold, then I start listening to death metal. It also reminds me of the fact that My Bloody Valentine are the best band ever.

This is currently the summer song I cannot stop listening to. Stephanie is one of my fellow Nashville singer-songwriters. This tune is the most descriptive, beautiful and heartbreaking picture of summer ever painted in a song.

I first heard this song in early spring at the Blue Moon Saloon in Shepherdstown, W. Va., on tour, and it's been my main jam all summer long. Everyone digs it — I find myself playing it backstage, we bump it in the van, turn it up first thing in the morning. Really gets me movin'. Not to mention the music video is tops.

This is an awesome summer jam, but is also a great song for all times. You can feel the sunshine in this one, and the lyrical build is a perfect example of a slow-building summer romance. "Touch the other side of your face ... " William wins again though, that Yolanda Be Cool & DCup track is the mega winner.

I was listening to "Maybach Music" while apple picking up in Connecticut in August. The sunlight was just so. She moved her head and her hair moved. Her shirt was very soft and she smelled good. There was grass all over the ground and some clouds in the sky. A bird sang somewhere.

This is by far the best moombahton summer jam. "Vibrate" is a monstrous dance record, with it's gnarly dubstep synths, dirty south hip-hop samples and bass-pounding dem bow rhythm. I've been touring non-stop this summer and this track destroys every audience, from festivals to block parties to sweaty intimate nightclubs. I get goosebumps every time I'm about to drop it in a set. "Vibrate" will always remind me of summer 2011.

This song is catchy as hell and is a total club banger. I don't go to da club but I'd spin this if I was DJing. I really like this track 'cause it's so summery. It reminds me of hanging out with friends and staying out late. I like to blare it out of my car 'cause its such a ridiculous don't. I like how rappers now can make songs about anything.