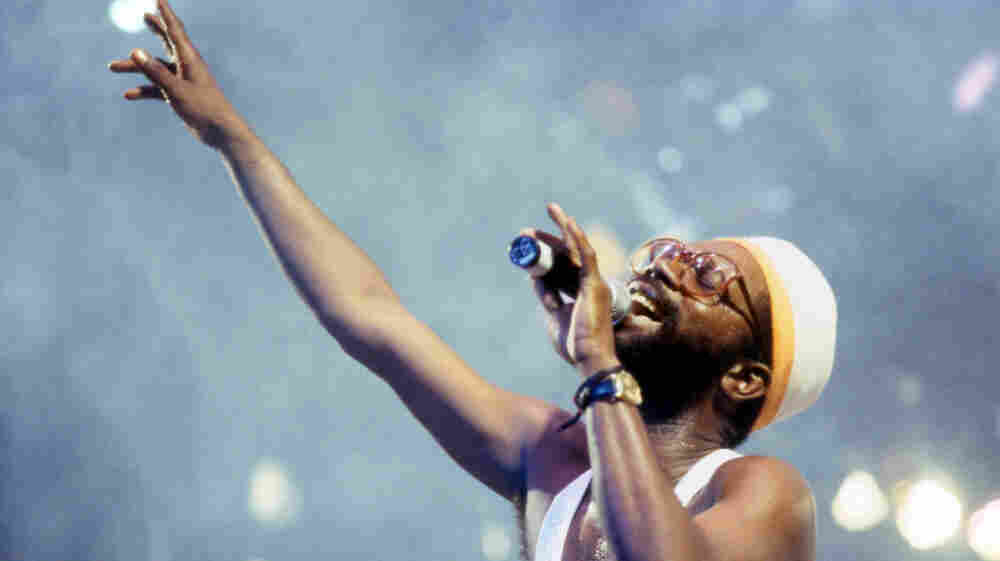 Beres Hammond onstage at Reggae Sunsplash in August of 1993. On Reggae Goes Country he sings "He Stopped Loving Her Today," most famously recorded by George Jones. David Corio/Redferns hide caption 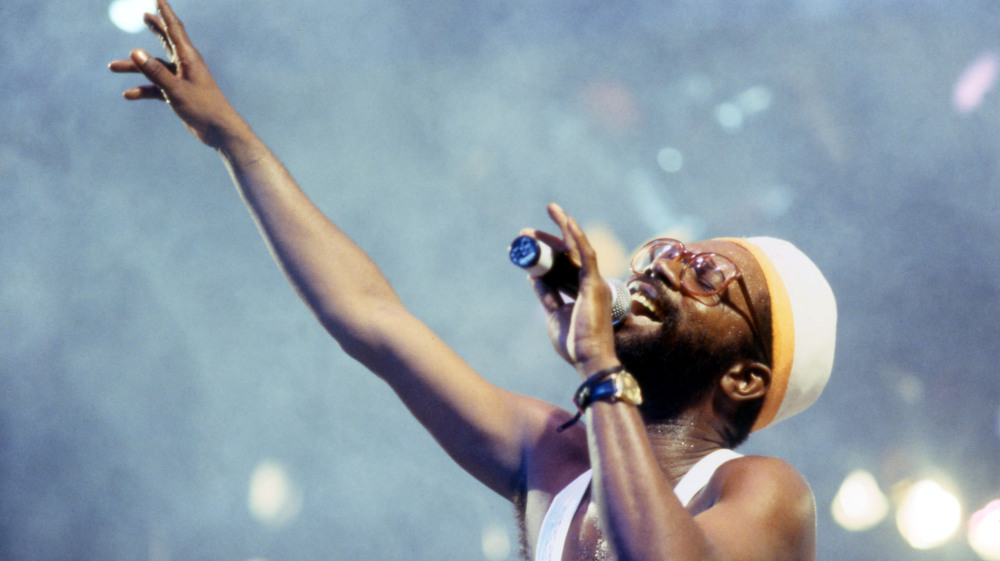 Beres Hammond onstage at Reggae Sunsplash in August of 1993. On Reggae Goes Country he sings "He Stopped Loving Her Today," most famously recorded by George Jones.

VP Records is the largest distributor of reggae music, and Warner Music Nashville is a preeminent country label. What could the two have in common? This month, a joint album — Reggae's Gone Country.

Picture this: You're at a massive street dance in Kingston, Jamaica, and the speakers are blaring the latest reggae and dancehall tunes. But the crowd erupts when the DJ drops this one: Kenny Rogers' "The Gambler."

Surprised? Don't be, says veteran Jamaican reggae singer Freddie McGregor. He, like so many West Indians, is a huge country music fan. His favorite singer?

"Definitely Marty Robbins," he says. "My all time favorite — sings "El Paso" — love that song." McGregor sings another of his favorites — Roger Miller's "King of the Road," first recorded in 1964 — on Reggae's Gone Country.

Proof of Jamaica's love for country music is all over reggae history. Many classic reggae tunes are in fact country covers. The 1961 country hit by Claude Gray, "I'll Just Have Another Cup of Coffee," became Bob Marley's second single.

This new compilation of country covers was co-produced in Nashville by John Rich, of Big & Rich. He says the Jamaican artists were "blown away" by music city.

"I could really see they were country music fans," he says. "They were taking pictures of everything; they wanted to go downtown."

Jamaica's passion for country music began with the advent of the first commercial radio station on the island, in 1950. Jamaican writer Colin Channer explains that songs by artists like Skeeter Davis and Patsy Cline were on the playlist.

"When I was growing up in Jamaica there were only two radio stations, and we grew up thinking of music as being either local or foreign," he says. "The different genres of foreign music didn't matter that much — it was simply music that was not from there. So we didn't grow up with that segmented understanding of what music was, or what kind of music you were allowed to listen to, in the way that people in the U.S. did."

Country's popularity was boosted by the birth, around the same time, of cinema in Jamaica. Westerns were a big draw. "A lot of Westerns are essentially morality plays," Channer says. "And if you look at the way the church is so important in Jamaica, you can see how the way in which stories with moral themes, stories of revenge, stories of comeuppance would be popular there."

Westerns and country tunes also appealed to Jamaica's love of the outlaw — the so-called "badman" figure famously played by Jimmy Cliff in the 1973 film The Harder They Come. Years later, dancehall deejays Josey Wales and Clint Eastwood took their names from a western and its star. Spaghetti westerns like A Fistful of Dollars are beloved in the over-the-top dancehall scene.

"What is a dance but a saloon?" asks Channer. "Saloons get shot up and dances get shot up. Motorcycles are like horses, and people bring their good guys and their bad guys. But I think also, dancehall is good music for people to do group dancing to. You think of line dancing in country music and then you look at the way in which group dancing is really popular in dancehall — they connect."

Still, Channer says, it surprises people that Jamaicans like country music because Jamaica is a predominantly black country, and, in the U.S., country music carries a certain racial history and baggage.

Stories are what it all comes down to, says reggae singer Beres Hammond, who's also featured on Reggae's Gone Country.

He says, "Country tells stories. It tells about the home and the heart and the breaking up and the getting back together and the new person in your life, and it's almost like soap. And you know how soap is — it keeps you glued to your television because you want to know where the next chapter is."

This narrative tradition runs deep in folk music across the Caribbean. And there may even be a social currency that appeals to country listeners, says University of the West Indies professor and blogger Annie Paul.

"Country and western is music that comes from the people at the bottom," she says, "so maybe there's some sort of sympathy there."

Of course, we can't forget about the shameless sentimentalism of country music — on an island that, Channer says, relishes shmaltz more than folks might expect.

Rich, the producer of the new compilation, says he'd like to keep the synergy between Nashville and Kingston going. "I'd like to jam with them, get up in their clubs, maybe play a festival," he says. "I know that Big Kenny from Big & Rich — we'd like to go there together and be a part of that world. I don't know that there's a cooler music scene anywhere than down in Jamaica."