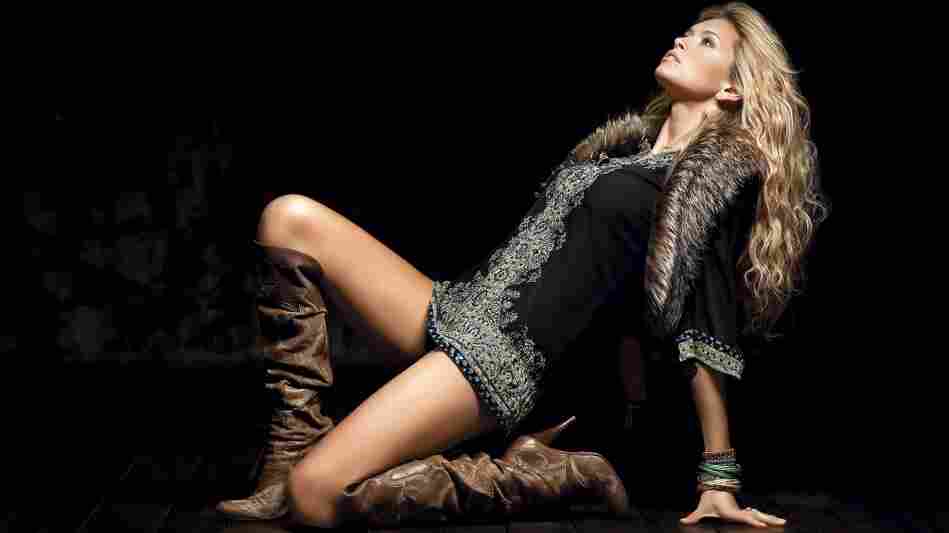 Vera Brezhneva, whose song 'Real Life' is at No. 8 on the Russian pop charts. Courtesy of the artist hide caption 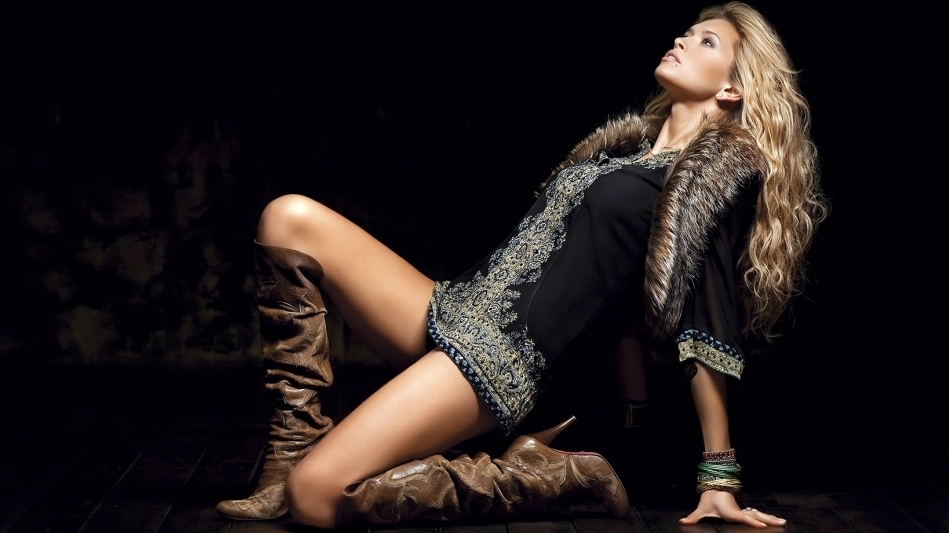 Vera Brezhneva, whose song 'Real Life' is at No. 8 on the Russian pop charts.

Can't be bothered to sit through the interminable romantic travelogue of Eat, Pray, Love? Just watch the video that's at No. 8 on the Russian pop charts. With a breezy hum-along chorus that could be a folk song from the steppes, Vera Brezhneva's "Real Life" is a dance charmer. To sing her vision of peace and love, Brezhneva sweet 'n' sours the galloping electro steel pans with a wistful minor note, a near-polka modality that intrigues.

Presumably to keep the Buddha always with us, Vera also chose to shoot her video in the colorful streets and temples of Cambodia and Vietnam. Flirting with a stylishly unshaven hunk, she cuts quite a figure with her flowing blond mane and sweeping white robes. It's a change to see Vera so covered up, as you can chart her artistic growth by the semiotics of her previous bikinis.

Some feminists might think this approach gross. Thing is, even as a straight chick, I can see why Vera should wear a bikini as part of her job; to deny the fact would be like asking Matthew McConaughey putting on his shirt whenever photographers were around — a waste. Anyway, Vera disrobed looks fit, not anorexic or fake. She's the kind of gal who men lust after and girls actually like. We just lust after her abs. Come on, you know you mustn't hate people because they're beautiful.

While she was in a girl group, the subtly named Via-Gra, Vera appeared in quite possibly the only music video to feature the Father of Psychiatry, Sigmund Freud. Impassively, the Great Doctor surveys the girls writhing in a row on his leather sofa, while he draws deeply on an undoubtedly phallic cigar. In this clearly more manufactured and way less esoteric early persona, all four girls wear baroque gold bikinis, suggestive of a very Russian affection for over-the-top glitz (if you don't believe me, visit fashion stores in Russian enclaves like Rego Park, Queens). But in the video for Vera's recent hit, "Love Will Save The World," which makes you want to jump in after her under a fantastic waterfall, her bikini is comparatively modest and a virginal white. The costume change is yet another indication of Vera's mission of elevation.

I hope not to alienate my internet-obsessed readers by reproducing these lyrics from "Real Life" — and please allow for the surreal edge added by Google Translate, which I've tried to soften:

My tiny bird, you only see the sun on TV
Look out the window, I'm sending you a ray of light, catch it!
You know a lot about love from the Internet, definitely
But it's not your story, your tears are in vain
And the sun shines on everyone equally

It's nice to see that after the collapse of Communism, Russians are not cynical and that equality is still a virtue in their newly competitive, oligarchical society. To Vera Brezhneva, at least. But then, what else would you expect of an artist who brands herself as a neo-Siberian shaman on her website by posing in the snow, sitting in a yoga pose among a pack of adoring white wolves? Now that's a spiritual gangster.

Born in the Ukraine as Faith Galuska to parents who worked at a chemical plant, she changed her name to Brezhneva on her manager's advice, to honor the Russian leader Leonid Brezhnev, who came from her home town of Dneprodzerzhinsk. Unsurprisingly, her showbiz career began as a beauty contestant, which led to a place in the pop group VIA Gra (also known as Nu Virgos). After four years in the group, Vera went solo in 2007 and evidently experienced an epiphany that transformed her into the celestial diva we see today, the one who appears on morale-building TV reality shows and has her own leukemia charity.A Cinderella story is how Vera describes her career, and a big chapter in her personal fairytale is that far from being the stereotypical airhead Beauty Queen, she is an economist and graduate of the Dnepropetrovsk Institute of Transport Engineers.

OK, can I hate her now, please? Guess not. For as Vera herself sings in "Real Life,"

You, my little girl, have been crying for nothing
After all, flowers bloom outside the window
And a real life goes on
And the sun shines on everyone equally