Accessibility links
Sylvia Robinson, Who Helped Make 'Rapper's Delight,' Has Died : The Record The co-founder of Sugar Hill Records, which also released "The Message," was 75. 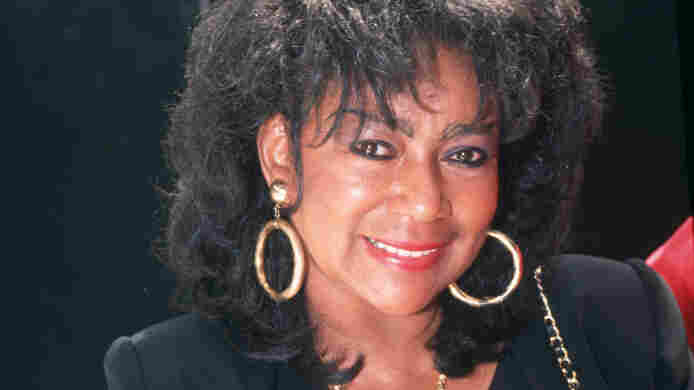 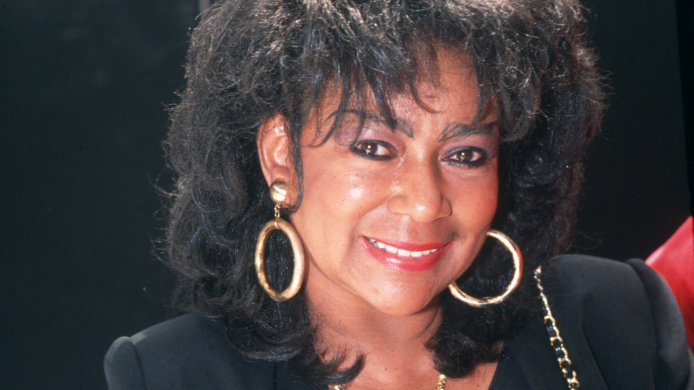 A press photo of Sylvia Robinson from around 1992.

Robinson was not a rapper herself — she was a hit singer. In 1957 she had Billboard-charting single called "Love Is Strange," a duet with ace guitarist Mickey Baker. The song has been used in movies from Dirty Dancing to Mermaids to Casino.

Hear The Story Of 'Rapper's Delight'

But after "Love Is Strange" the Harlem-born musician moved to New Jersey with her husband to raise their children. Sylvia and Joe Robinson were ambitious. They built a nightclub favored by boxers and Motown stars, and a recording studio where Robinson began writing songs for other artists. Al Green rejected one because he found it too sexy. So Robinson sang "Pillow Talk" herself.

"Pillow Talk" hit Number 1 on Billboard's black singles chart in 1973 and ushered in a wave of music by black woman about sexual self confidence. But legal and financial problems almost bankrupted the couple before Sylvia Robinson attended a birthday party at a club.

"I saw this DJ playing music and saying things to the kids," she said in a VH1 documentary about the history of hip-hop. "They would answer him back, and I say, 'That's a great idea."

At the time, the conventional music industry wisdom was that the live energy of rap was impossible to capture on vinyl. Nevertheless, one hot August night in 1979 Robinson made her son Joey drive her around Englewood, New Jersey, looking for rappers.

He told NPR in 2000 that he took his mother to a pizza place and introduced her to Henry Jackson. "He closed the pizza parlor down," said Joey Robinson about the man who would become Big Bank Hank. "He's got all this dough on him. He weighs about 300 to 400 pounds at the time. And he jumps in the back of my Oldsmobile and starts rapping."

The Robinsons kept driving around, people kept hopping into the car and The Sugarhill Gang was born.

None of the rappers had ever worked together before. In the studio, Sylvia Robinson cued each one by pointing at them, and they recorded "Rapper's Delight" in one uninterrupted 14-minute take. Robinson personally mailed the single to radio stations and badgered them to play it. As Sugar Hill legend has it, tens of thousands of orders soon poured in for the world's first commercial rap single.

"'Rapper's Delight' was a monumental song. It introduced the world to rap and rhyming," says Grandmaster Caz, of the early rap group The Cold Crush Brothers. In 2004 he told NPR that many New York rappers felt the single misrepresented the scene. "They weren't real emcees," he said. "[They were] a group put together to showcase the music going on."

No one could say that about 1982's "The Message," by Grandmaster Flash and the Furious Five. Sylvia Robinson produced the seminal socially-conscious rap song.

Robinson fought with her musicians. She wound up in vitriolic lawsuits with many of them, a magazine that accused her of "jerking" it and other record labels. She sold Sugar Hill in 1994. The original studio burned down eight years later.

But none of the rancor overshadows Robinson's singularity — as a female record producer and the visionary who put rap on the map.