Accessibility links
Death Metal, Vernacular And Tradition: The Music Scene In Taiwan : The Record Taiwanese musicians are importing American styles and fusing them with traditional forms. 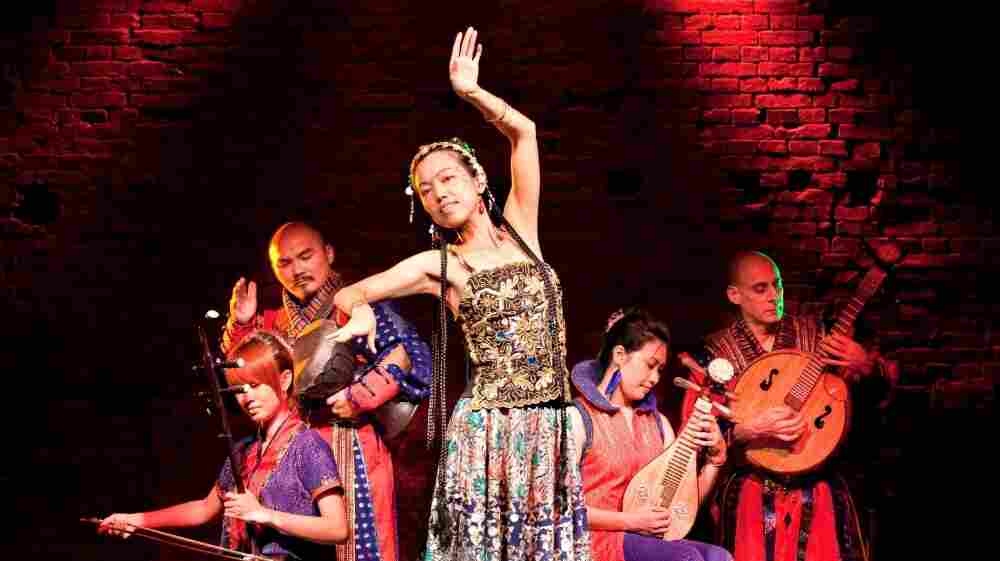 A Moving Sound. YunYa Hsieh stands at the center, Scott Praire sits to the right. 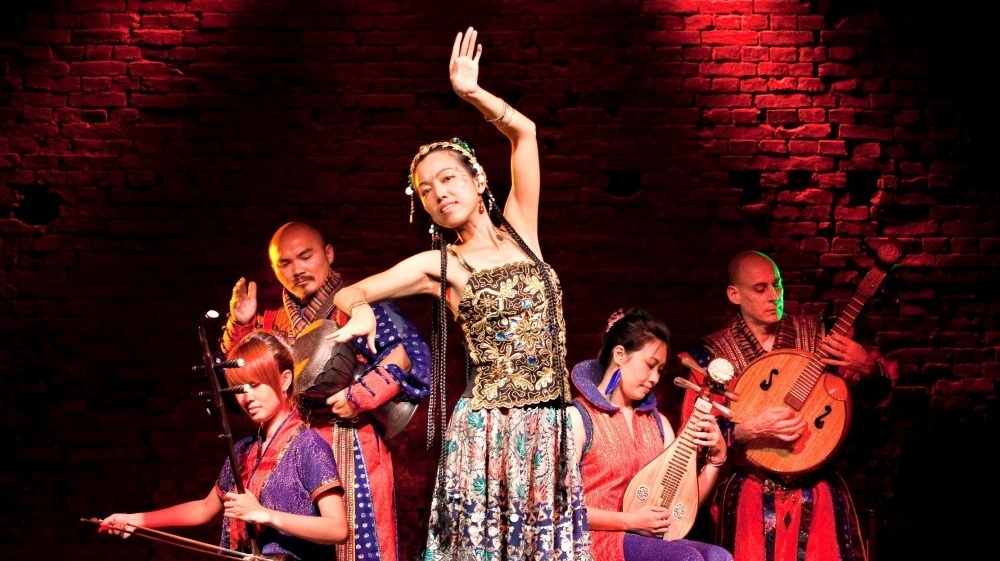 A Moving Sound. YunYa Hsieh stands at the center, Scott Praire sits to the right.

Taiwan might be known to most Americans for its export economy, but it's also been importing musical styles — from avant garde jazz to hip-hop. I first learned about Taiwan's thriving music scene from Joshua Samuel Brown. He's a travel writer who authored the last two editions of Lonely Planet: Taiwan.

He told me about a band called Kou Chou Ching. They have a song called "Your Name Is TAIWAN." That the group embraces national identity is a big deal for a country that was not allowed to for decades. The Kou Chou Ching acknowledges Taiwan's multiethnic population. One of the ways it does so is by using multiple indigenous dialects and lyrics like, "It doesn't matter what you speak at home / If you speak Taiwanese, if you speak Hakka, if you speak Mandarin / If you're eating Taiwanese rice and drinking Taiwanese water that makes you Taiwanese."

Kou Chou Ching is one of a few very different Taiwanese bands that have been touring North America, says Brown, including one called Chthonic. "They're a death metal band," he says. "I normally do not listen to death metal, but I really like these guys."

Chthonic's pretty famous in death metal circles worldwide, but its fanbase in Taiwan is a little unusual for a band that cavorts around stage in black makeup. "They get old people coming to their shows," says Brown. "They're sitting in the audience smiling happily and enjoying this head-banging music."

These old people, says Brown, appreciate freedom of expression as only those who have lived without it can. Chthonic incorporates Tawainese mythology and takes pro-human rights positions on sensitive subjects like China's occupation of Tibet. And those older fans, who were once forbidden from speaking Taiwanese, get a huge kick out if hearing it sung like this.

Using music to rediscover Taiwanese identity is also the work of a 40-year-old classically-trained singer named YunYa Hsieh, who's known professionally as Mia Hsieh. She leads a group called A Moving Sound that explores traditional Taiwanese music including songs from its 14 aboriginal tribes. Music like it was suppressed during decades of marital law. Now Hsieh combines it with decidedly contemporary sensibilities.

When she was just a child, Hsieh did light hand manufacturing every day, all day long. Her family pieced together things like Christmas ornaments and artifical flowers for export to the United States.

"We were working on it at home in our living room and in school," she says. "When teacher was talking, under [the] table we were doing all this small work." Hsieh's American husband, Scott Praire, is in A Moving Sound too. "At school she was putting the teeth in combs," he says. "The little pieces of the combs — she's putting them in one by one at school."

Praire and Hsieh met ten years ago, when she was living in New York City, studying with composer and performance artist Meredith Monk. He moved to Taiwan, joined A Moving Sound and brought Western guitars into the mix.

The group's members believe that mix reflects Taiwan today — cosmopolitan, international, culturally open. Prairie says Taiwan is a great place to be a musician, and not just because everybody gets health care. It's filled with people who grew up taking music lessons and who are now eager to experiment with new and interesting forms — or, like Hsieh — older ones.

Hsieh says her husband brought fresh ears to the traditional music she was determined to excavate, reinterpret and reclaim. She remembers the time Praire came to rehearsal thrilled about a familiar old folk song he'd just learned.

The song is called "The Market Song," and it's kind of an homage to Hsieh's parents, open-air vendors. But it also celebrates a different kind of market, one where music moves around the world freely — through the past, into the future.