Accessibility links
Where Are They Now?: 7 Protest Songs With Legs : The Record People protest different things, but they often use the same songs. Hear the perennials.

Where Are They Now?: 7 Protest Songs With Legs

Where Are They Now?: 7 Protest Songs With Legs 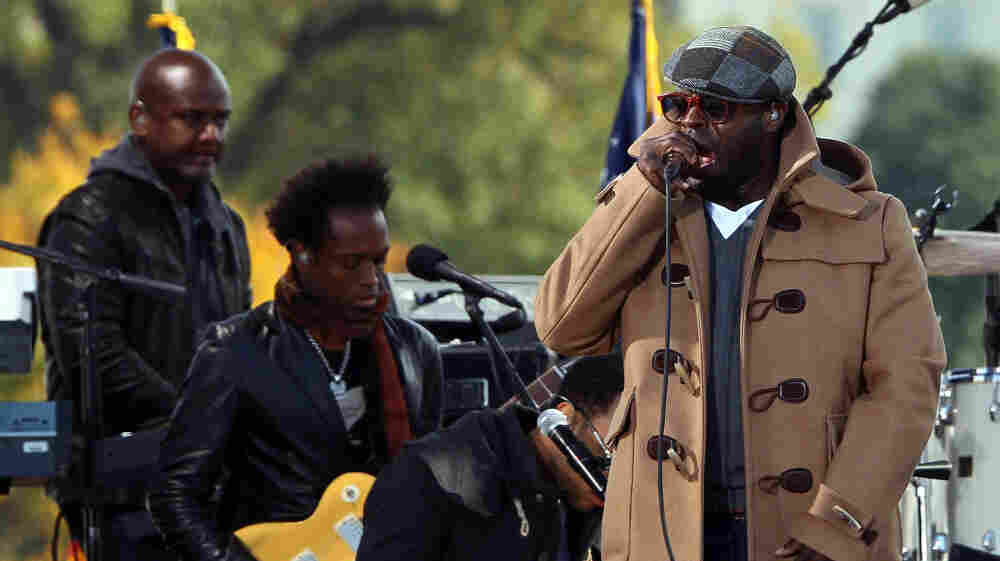 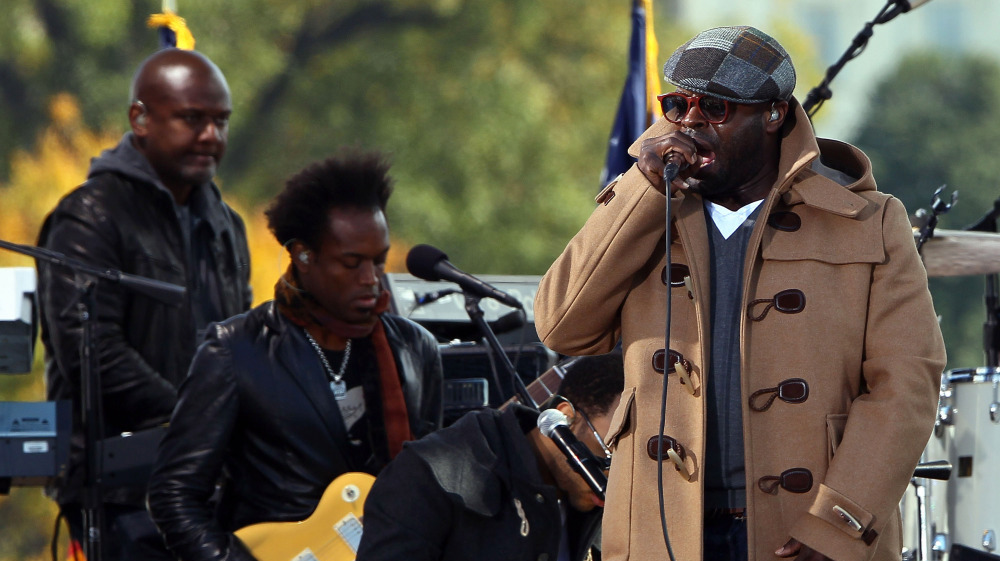 The Roots, pictured here at Jon Stewart's Rally To Restore Sanity at the National Mall in Washington, D.C. last fall, have performed and recorded songs with roots in protest movements.

People protest different things. But they often use the same songs. And no matter what the movement's goals are, the people in them sing.

Joe Hill repurposed Baptist hymns for workers' rights at the turn of the last century. Zilphia Horton cultivated empowerment anthems and activists like Rosa Parks in workshops she ran out of the Highlander Folk School in the 1930s and '40s. Pete Seeger sang from the back of a pickup truck in the South during the civil rights movement. Helen Reddy made "I Am Woman" a generation later.

Throughout American movements music has been a source of both personal and collective empowerment – a tool used to bridge the apparent distance between individuals, to remind each other we're stronger together than alone.

Now, as activists gather on Wall Street — and around the country — music is again playing a vital role in collective empowerment. Whether quoting these timeless anthems on signs or developing their own rhythms to chant and songs to sing, the people gathering across the nation find music a necessary tool in their campaign.

With that in mind, here's a look at some of the most timeless anthems of movements for social change and how they've evolved through the years.

"We Shall Overcome" got its footing during the 20th century labor movement and was then popularized in the civil rights struggle by folksingers like Pete Seeger and Guy Carawan. Whenever people have fought for collective justice and freedom, this song has found its way into the mix. Zilphia Horton's verses included the lyric "we will organize"; civil rights activists added "we are not afraid." In 2009, to celebrate Seeger's 90th birthday, Bernice Johnson-Reagon and her daughter Toshi, Billy Bragg, Emmylou Harris, Del McCoury and others led a packed Madison Square Garden in singing this song again.

We Shall Not Be Moved

Another benchmark song of the labor movement which was recycled by civil rights activists, "We Shall Not Be Moved" was recently adopted by the freedom movement in Iran as well as public workers in Wisconsin. Labor activists back in the day had verses like "the union is behind us" and "we're fighting for our children." Civil rights activists added "Black and white together."

With transit workers, pilots and nurses unions showing up at Wall Street in recent weeks, a solid labor song like "Solidarity Forever" seems ever more appropriate. All it needs is a song leader and a crowd to sing along to the tune of "The Battle Hymn of the Republic": "Solidarity forever, the union makes us strong." Written in 1915, the song has since been recorded by the likes of Pete Seeger, Billy Bragg and Leonard Cohen, but it hasn't been prominent in movements more recent than '70s feminism.

This Little Light of Mine

This unlikely children's song was introduced to the civil rights movement by Zilphia Horton and others who championed it for its simple, timeless statement. Since then, it's been recorded by everyone from Raffi to Ralph Stanley and Aretha Franklin. This video shows Bruce Springsteen performing it with his Seeger Sessions band. The song has proven timeless, and its message is fundamental: even a small flicker of light is enough to break the darkness.

This Land Is Your Land

Woody Guthrie wrote this song in response to the popularization of "God Bless America" in 1940 (the original chorus said "God blessed America for me"). While "This Land Is Your Land" spoke to both the labor and civil rights struggles, it's been revived more lately by mainstream artists like Springsteen and Sharon Jones. The former sang it with Seeger on the steps of the capitol on Barack Obama's inauguration day. This was a feat, considering Seeger had once been investigated by the U.S. government and Guthrie's song was originally censored — both due to accusations of communism. Former Rage Against The Machine guitarist Tom Morello played the uncensored version of "This Land Is Your Land" at Occupy LA on Oct. 8th and again at Occupy Wall Street on Oct. 13th.

Which Side Are You On?

Recorded several times over the past 70 years by folks like the Almanac Singers, Seeger, Natalie Merchant and Dropkick Murphys, this classic labor song also got quite a bit of mileage during the civil rights movement. More recently, writer Silas House, who advocates for an end to mountaintop removal mining, has put it on two albums, and new verses appropriate to current issues have been added by Billy Bragg and Ani DiFranco. Here's DiFranco sharing her updated version (wherein she asks, "Are we just consumers or are we citizens?").

Ain't Gonna Let Nobody Turn Me Around

This tune was recorded by the Freedom Singers in the '60s. It caught on quickly and was eventually recorded by Joan Baez, Sweet Honey in the Rock and others. More recently, The Roots contributed this version to a documentary about the role of music in the civil rights movement. It's a simple song whose lyrics can be easily updated.

Kim Ruehl is a writer at No Depression. She's working on a book about Zilphia Horton.