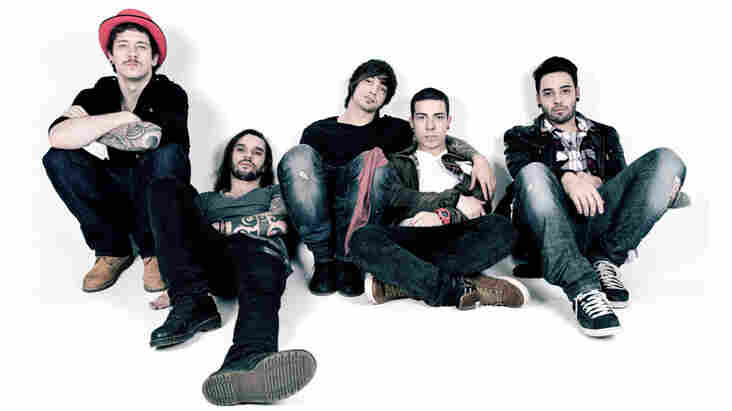 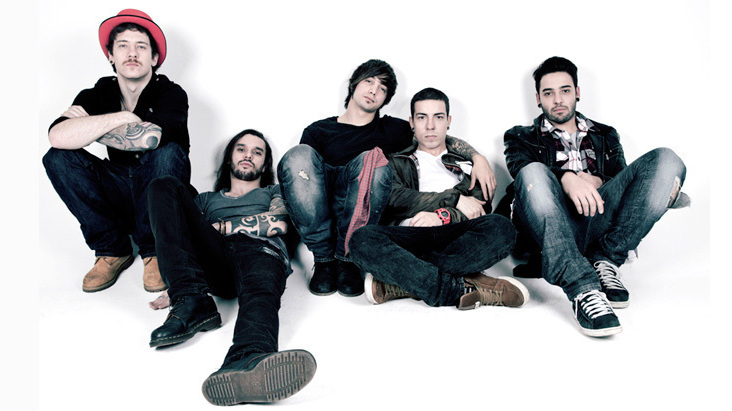 Right away, from their name alone, you know the dudes in Nx Zero have to be punks. After ten terrific years, the Brazilian emo-core band — singer Diego Ferrero, guitarists Filipe Ricardo and Leandro Rocha, drummer Daniel Weksler and bassist Conrado Grandino — recently celebrated with a big TV special and a DVD compilation that includes their current No.4 on the charts, "Não é Normal" — "Nothing is Normal." And while Nx Zero's sound may have changed over the years, when you hear Ferrero start to confide that these days, nothing is normal, you instantly know that the counterculture's old friend, Angst, is in the house.

Traditionally, punk likes to align with the Negative: Richard Hell's Voidoids and their Blank Generation, the Sex Pistols' No Future. The same applies in Brazil, where the seminal mid-1970s punk band protesting the military regime were called Restos de Nada — Remains of Nothing.

Rather confusingly, fans in Brazil acclaim "Nothing is Normal" as Nx Zero's return to a folk form that they never seemed to represent — their earlier work is often on the melodic end of hardcore. But this slab of unadorned acoustic soul couldn't get more authentic, which is key to punk. The very low-key video features the five ordinary blokes sitting around in an anonymous room, all playing guitars, visually jazzed up with some busy split-screen integrating un-touristy urban streets. The message says: us superstars still jam at home and it's not all beaches in Brazil. In its very quietude, the video indicates Nx Zero's urge to withdraw from their regular massive stadium performances, earned by years and yards of awards, and take it back to the bedsit.

Based on the documentary Sao Paulo Punk 83, the Brazilian version didn't vary all that much from the London scene that inspired it: punks bashed out three furious chords and wore black leather with studs if they could get it. The difference is that, regardless of gender, Sao Paulo punks seem to greet each other with a hug and double-cheek kiss, while spiky-haired Brits tend more to the inverted affection of a kick with your Doc Martens.

The supportive, communal face of punk is energetically embodied in "Nao E Normal": just five guitars strumming in harmony, the top note held like a drone, it builds an intense dynamic that peaks in a heartstop finale. In its gentle way, the song is as forceful as the band's loudest thrash.

Nx Zero arrived at this radical folk sound via an artistic progression that parallels the path of Talking Heads' co-founder David Byrne, whose solo music swung differently once massaged by funk and samba. Raised in the sounds of Brazil and awoken by UK punk, change came when Nx Zero started fusing their emo-core with rapping. The tuneful tattooed headbangers even recorded a yearning, synth-floaty song with Nelly Furtado, "All Good Things (Come To An End"), that highlights the tender quiver of Ferrero's voice.

Now Nx Zero have stripped everything right back to how it might have been in 2001 when they began selling t-shirts outside punk clubs like the Hangar and exploring chords, then graduated to playing onstage alongside ten other bands to an audience of fifteen. Brazil was changing: Gilberto Gil, co-founder of the celebrated tropicalia movement of the 1960s who was chased into years of exile, would soon be appointed Minister of Culture, the second black person in the Brazilian Cabinet. Nx Zero kept evolving too. Really, baring their musical bones like this is a tribute to their brotherly love, which the musicians sum up on their website:

"On the night of our tenth Anniversary show, we hugged each other before going onstage; it was almost hard to start playing. We were remembering all we'd been through, the tough times, the excitement when we signed to a label. But we know when we look back on this moment when we're sixty years old, we'll still feel a lot of family pride, for all of us, the folks we work with and our fans, and be glad that we stuck with it."