Accessibility links
Follow The Sample: Drake's 'Take Care' Comes From The Blues : The Record Historically, hip-hop artistry has been a matter of reworking samples in inventive ways that sometimes completely disguise them. Occasionally, though, artists openly celebrate their source material. 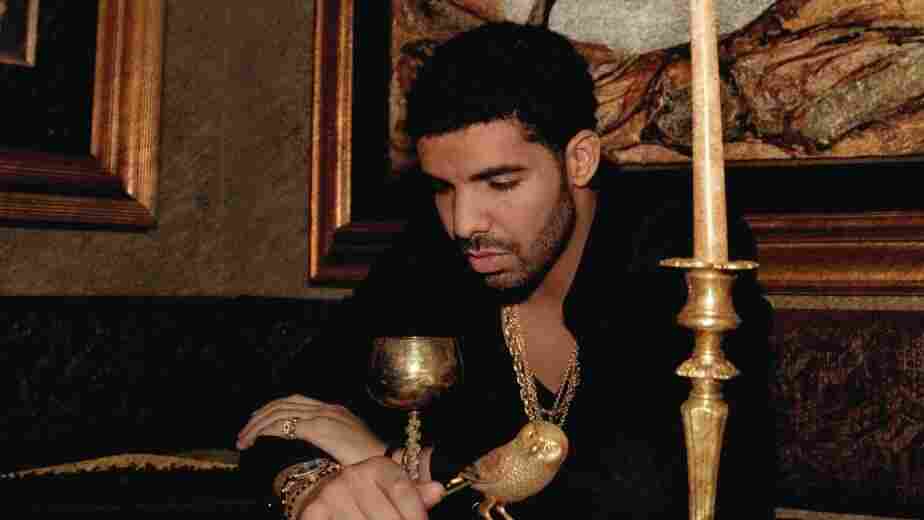 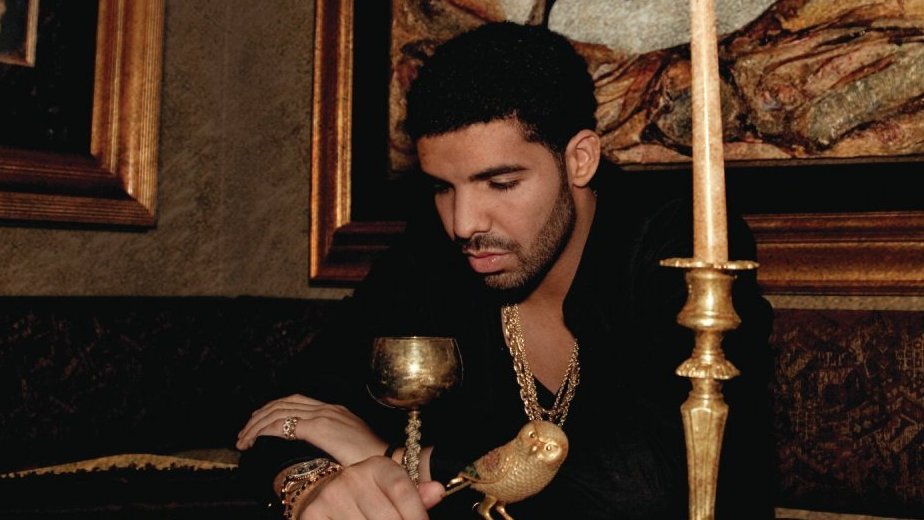 Drake, brooding, on the cover of Take Care.

Toronto-based pop star Drake's sophomore studio album, Take Care, hit the cyber streets via a highly predictable leak this weekend, and the overwhelmingly positive initial response makes it clear that the cerebral ladies' man will continue to be a game-changer for hip-hop.

Like all hip-hop artists, Drake and his crew also borrow freely from the wide field of American pop, especially from soul, rhythm and blues and funk. Historically, hip-hop artistry has been a matter of reworking these samples in inventive ways that sometimes completely disguise them. Occasionally, though, artists openly celebrate their source material. Kanye West and Jay-Z, for example, named the track "Otis," from their album Watch the Throne, after the legendary shouter whose voice provides its hook.

Drake did something similar with the title cut from Take Care, but so far, only a few people have caught the original reference. Produced by British indie darling Jamie xx, "Take Care" is a sultry club number that features Rihanna sweetly murmuring a verse that begins with a memorable couplet: "I know you've been hurt by someone else / I can tell by the way you carry yourself."

Echoing her words is the ghost of Gil Scott-Heron, whose brooding piano-based version of a song called "I'll Take Care of You" was one of several Jamie xx reworked for the remix album We're New Here, released shortly before Scott-Heron died this past May. The energetic but oddly somber beat mixes with those melancholy vocal hooks and Drake's own emotional vocalizing to effectively deliver the song's message of belief in damaged yet redeemable love.

"Take Care" is powerful, in part, because it's rooted in a hidden foundation. Scott-Heron didn't write "I'll Take Care of You," though he did rework the melody in ways that Rihanna takes up. In fact, the song is a classic from the era when rock and soul were just emerging, melding elements of blues, pop aand soul into something thrilling and fresh.

"I'll Take Care of You" was written by a gifted vocalist, Brook Benton, whose own hits often topped the R&B charts in the early 1960s. Benton seems to have never recorded the track, however. Instead, blues lion Bobby "Blue" Bland claimed it as his own, cutting it for Duke Records in 1959. Bland's version is a lesson in getting to the depths of a seemingly simple song – melodramatic but classy, it perfectly balances nurture and seduction with just a dash of sexy menace. Like many of Bland's recordings from this era, it's the epitome of sophisticated blues.

"I'll Take Care of You" subsequently became a blues classic. With its dramatic pacing and a melody singers could climb like a golden staircase, the song offers the chance to show off, but it also has an inherent gravitas; it's a Big Number, like "A Change Is Gonna Come" or "I Love You Porgy," but grittier, more down home. It's a mountain of a song, and artists try to climb it in order prove their mettle.

Notables who've covered "I'll Take Care of You" include R&B's "gentle giant" Roy Hamilton, whose magisterial version comes closest to what Benton would have done, and Texas tornado Doug Sahm, who reveals the vulnerability in the lyrics. The East St. Louis Gospelettes remade it in Jesus's name, while former Screaming Trees frontman Mark Lanegan cultivated its moodiness. Etta James, Elvis Costello, Slim Harpo and Van Morrison all took the song in different directions. You probably know a version I don't.

Drake's "Take Care" doesn't sound anything like the song Benton wrote and Bland interpretred, really. The spirit remains, though, in the heavy lilt of Rihanna's voice, in Drake's own particularly world-weary swagger, and in that opening line, still one of the most evocative couplets in pop music. How do you carry yourself? Are your feelings showing? Enjoy this playlist of versions of "I'll Take Care of You" as you ponder what Drake likes to ponder: the complicated obligations of love.

Bobby "Blue" Bland, 1959
The critic Robert Christgau once characterized Bland's recordings at the turn of the 1950s as "defining upwardly mobile blues in a moment when r&b was wide open." This homicidally smooth version epitomizes that.

O.V. Wright, 1969
Wright was a super-natural soul shouter who died before his time. His version is rawer and more urgent than Bland's. Great female backing vocals.

Irma Thomas, 1988
The Crescent City soul queen lends a touching world-weariness to the song; you get the feeling she's been taking care of the men in her life for quite a while.

Mark Lanegan, 1999
The former Screaming Trees frontman completed his transformation into a classic rock-and-soul singer with his fourth solo album, which took this song as its title track. No flannel here; only crushed velvet.

Gil Scott-Heron, 2010
A piano part Nina Simone would have liked and Scott-Heron's raw, plaintive vocal make the song both ancient and new.

Beth Hart and Joe Bonamassa, 2011
The blues aren't worn out yet. This version by L.A.-based belter Hart and guitar master Bonamassa was recorded just a couple of months ago.