Accessibility links
'Stairway To Heaven' Turns 40: Celebrate With 7 Covers : The Record If you let down your guard, these reworkings of the epic will reward your time. 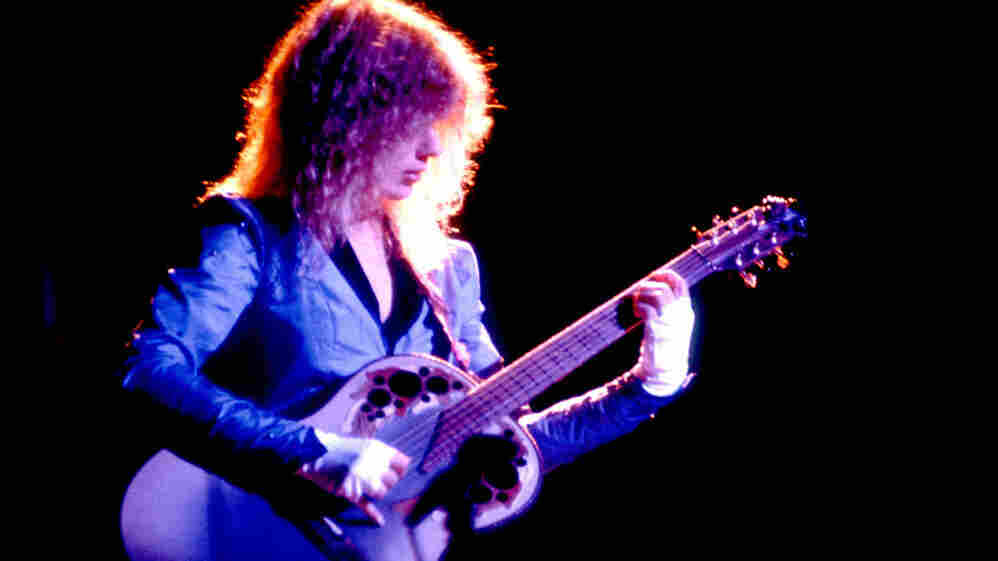 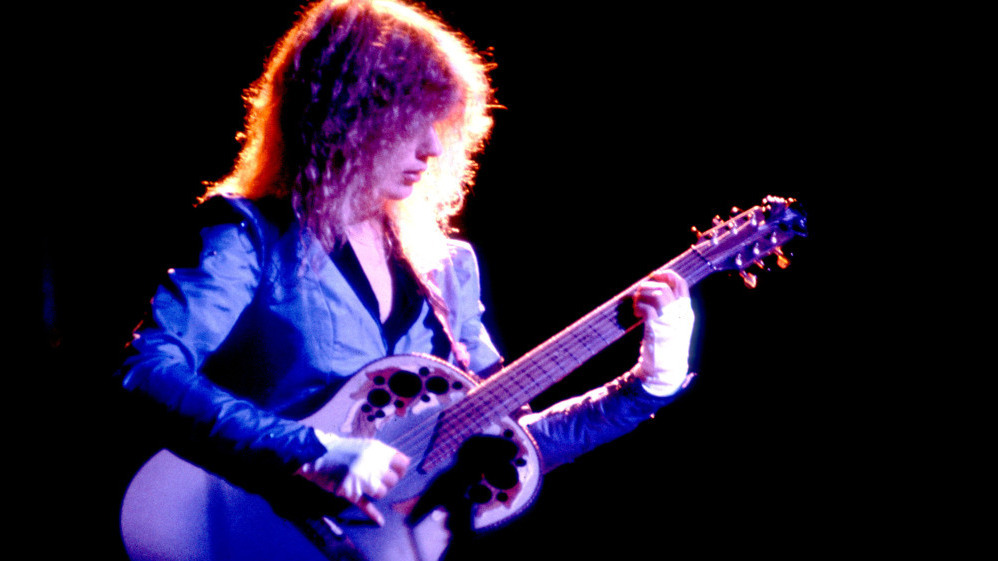 "Stairway to Heaven." Those three little words have come to mean so much. Led Zeppelin's eight-minute classic turns 40 this week, and it still sets the bar for headbanging chutzpah, if not sophisticated songcraft.

Robert Plant and Jimmy Page were woodshedding in Wales when they devised their faery-strewn folk-metal psychedelia masterwork. Bassist/arranger John Paul Jones added mood-setting recorders and drummer John Bonham brought his protean thwunk to the game. The song may or may not have borrowed key elements from an instrumental by the American band Spirit, with whom they once toured. But nobody but Zep could have molded those chord progressions into such a masterpiece of excess.

"Stairway to Heaven" set the template for the power ballad and made unwitting J.R.R. Tolkien experts out of listeners who merely intended to get their rocks off. Depending on your view, the song is the greatest achievement of one of history's most important groups ... or rock's ultimate nightmare, incessantly resurrected by awful cover bands, shrieking karaoke singers and your very drunk uncle who grabbed the microphone at your sister's wedding reception.

There have been many torturous and/or hilarious versions of "Stairway to Heaven." But at The Record, we prefer to immerse you in music that could prove pleasurable, if you let down your guard. To that end we've sought out what some might consider very hard to find: reworkings of this epic that actually reward the time spent winding on down their roads.

Stream all seven songs on Spotify. If you don't have Spotify, sign up for the free service.

R&B's Golden Gloves belter recorded "Stairway" with an all-star backing band, including Steve Vai and Orianthi on snarly dueling guitars, after successfully dipping her toe into arena rock with the help of U2 in 2005. The first verse sounds oddly like a Christmas carol, but then Mary sinks in her manicured nails and just takes off.

The Mexican couple responsible for bringing flamenco-flavored guitar into the 21st century (or at least to the jam-band scene) have long used "Stairway" as a set piece. A multi-phase guitar ramble, it's a natural for these fleet-fingered showboats. It's on their first studio album, but the live versions are worth checking out, just to hear the roar of the crowd whenever Rodrigo pulls off one of his gravity-defying runs.

Robert Plant has acknowledged that he owes a debt to female vocalists like Janis Joplin and his occasional duet partner Sandy Denny. It's definitely true that women fare better when they tackle his technique. This take by British hitmaker Elkie Brooks, who was playing in the killer blues band Vinegar Joe when Zep was getting huge (yes, that's Robert Palmer in the band with her), has all the grit and grandiosity a lighter-waving fan could want.

A thorough exploration of the myriad "Stairway" reinterpretations reveals that this song has more jumping-off points than you might think. Not every artist felt the urge to push toward the original's climax. This spare, cool reading by the late Japanese jazz drummer and his stellar ensemble (Steve Swallow on bass, Mike Stern and John Scofield on guitars) seems more inspired by Miles Davis than by Page and Plant. Hino's brother Terumasa leads with his trumpet, which is as calm and inquisitive as Plant's voice was commandeering.

If you're craving the particularly raucous "Stairway to Heaven" performed by a band in a bar as a drunk crowd yells for them to take it up to 11, don't settle for some no-name bunch of dudes in red pants. Here's Heart, one of hard rock's greatest bands, getting loose at the divey Aquarius Tavern in Ann and Nancy Wilson's hometown of Seattle in 1976. "Here's a song I always like to dedicate to the people who are in looooove with one another," drawls Ann before Nancy kicks into the guitar arpeggios. "Or who think they might be in looove with one another pretty soon!" Things just get wilder from there.

Sure, Jimmy Page knows some tricks. He has that bow and the double-kneck signature Gibson. But when it comes to the delicate art of touch technique, jazz fusion ace Stanley Jordan is the master. The ethereal sound he gets from his instrument by playing in the style he developed using what he'd learned from his first instrument, the piano, takes "Stairway to Heaven" to stratosperic new heights.

Okay, this isn't a cover of the Led Zeppelin song. It has no sturm, no drang and no woodland creatures. Kenny Gamble and Leon Huff's bubble bath-worthy slow jam, recorded in 1975 by the Ohio Rock and Roll Hall of Famers, is long, though, and it contains the phrase "climbing a stairway to heaven." So you might as well just relax and enjoy it.