Accessibility links
A Televised Singing Competition With A Mission : The Record A less kitschy version of Eurovision showcases music sung in languages at risk of disappearing. 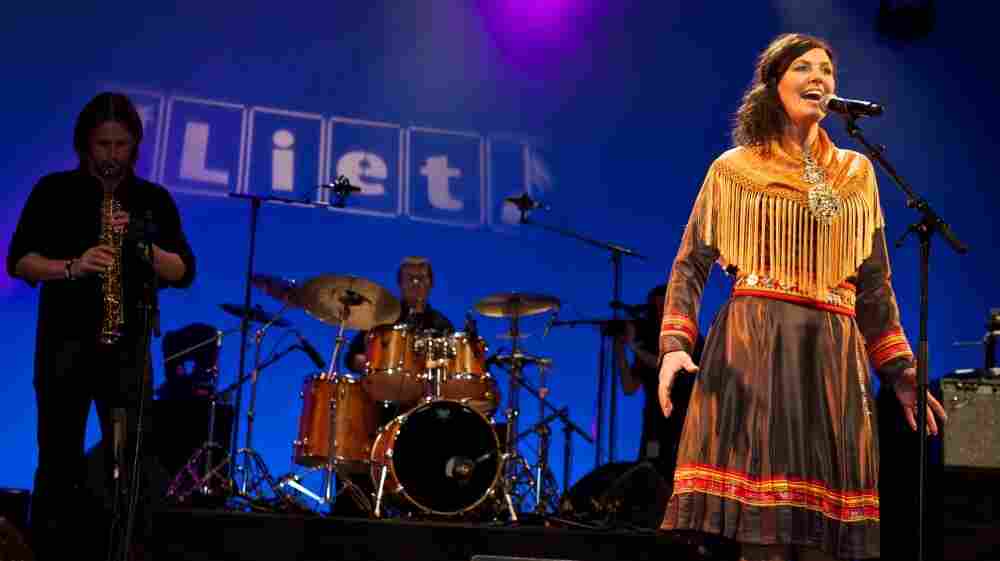 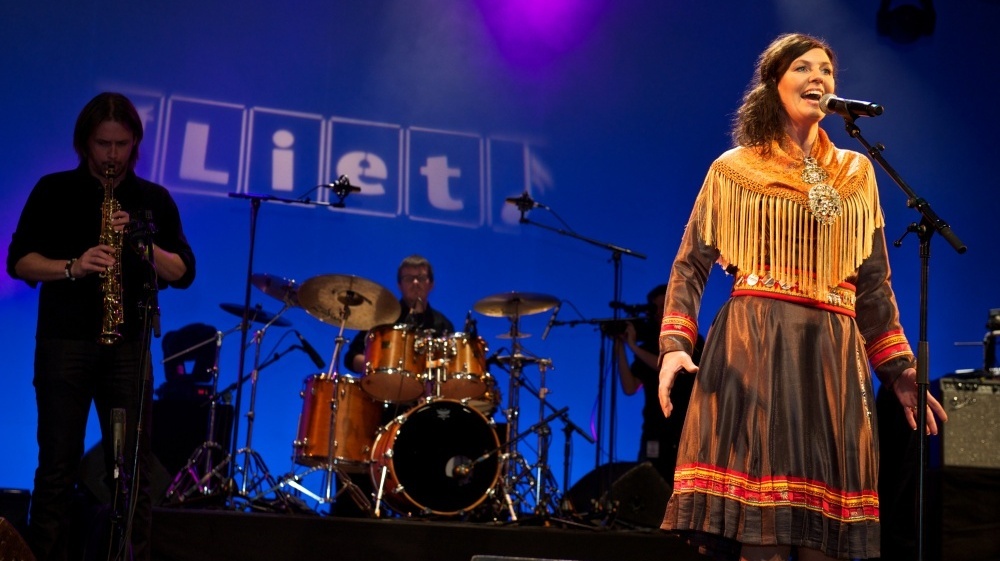 Auditions are now underway for next May's Eurovision Song Contest — that often-ridiculed television spectacle that has drawn millions of viewers around the world every year since 1956. In 2012 the host country will be Azerbaijan, since that country fielded last year's winner. The show's performers rely on outlandish costumes, dance moves and gimmicks to grab attention because most viewers can't understand what they're singing. But language is at the heart of another Eurovision-sponsored song and performance competition this weekend in Italy.

The Liet International Song Contest is a very serious attempt to keep some of the continent's neglected languages alive.

Aiofe Scott, one of this year's finalists, is from Dublin, where most people speak English. But she sings in Irish, which is a form of Gaelic and one of Ireland's two official languages. It's taught in schools but is more widely spoken in rural and coastal areas.

Mostly, it's seen as a bit pointless by many young people growing up with instant connectivity to the rest of the world in English.

Scott admits that she only began to appreciate Irish once she'd left school. "When I reached 18 or 19, I realized that I was really lucky to be able to speak it," she says. "My parents had given me the opportunity to learn it and I just realized that if I don't keep going with using the language and singing in the language and working through the language, you miss something in your life. You really miss it." This year Scott gets to sing in Irish as one of the 12 Liet finalists.

Another is the six-piece band Macanta from Scotland. Frontman Dol Eoin writes and sings in Scottish Gaelic, pronounced gallic.

"Not many people in Scotland do," he says. "They would have at one point. But it became relatively confined to the highlands and islands. I grew up on an island."

Dol Eoin was born on Lewis, one of the islands that make up the Outer Hebrides. Less than 1% of Scottish school children learn Gaelic, which is different from Irish Gaelic.

"For me my early, early years — between the ages of zero to five — Gaelic was certainly a language that I was immersed in," says Dol Eoin. "My grandparents spoke Gaelic, who lived in the other end of the house. My parents spoke Gaelic to each other and initially to us but as the years went by, they started to speak English predominantly."

That kind of shift has happened through much of Europe. In Udine, Italy, where this year's minority language contest is taking place, there are 800,000 residents who speak Friulan. But most of them are also fluent in Italian.

Among the other languages featured at Liet this year are Asturian, spoken by about 250,000 residents of northern Spain, Vepsian, with about 6,000 native speakers in Russia's Karelia region and West Frisian, spoken by about half a million people in the north of the Netherlands.

In Europe alone, around 40 million people speak a minority language. UNESCO estimates that more than 2,500 languages around the world are endangered. More than 200 became extinct over the last three generations.

Australian linguist Chris Moseley drew up an atlas of those most at risk. He says the onus is on young people to reject homogenization.

"You may think it's an uphill struggle or doomed to failure because, just as in nature, the laws of natural selection apply in culture too: the economically powerful languages are always the ones that win," he says. "But human beings do have the power to change that if they wish."

It's more than just a noble cause. Aiofe Scott says Irish is becoming "cool."

"They've been releasing albums with well-known performers in Ireland who usually sing in English and they've translated their songs into the Irish language. Those albums have been massively successful," she says. "You have teenagers and kids who are learning Irish in school singing songs that were originally written in English, back in Irish, because it's now becoming kinda trendy."

In Scotland, the BBC finally launched a Gaelic language TV channel in 2008. For some people, minority languages are part of their identity — something they eventually return to. Dol Eoin spent two years writing his latest album in Gaelic, and he's picked one of those songs to perform for the Liet Song Contest.

Organizers of the Liet International Song Contest hope these musicians can shake the rest of us out of our linguistic slumber.