Click the link above to hear Ann Powers and Frannie Kelley talk to Morning Edition host Steve Inskeep about the business and variety of Christmas music this year. 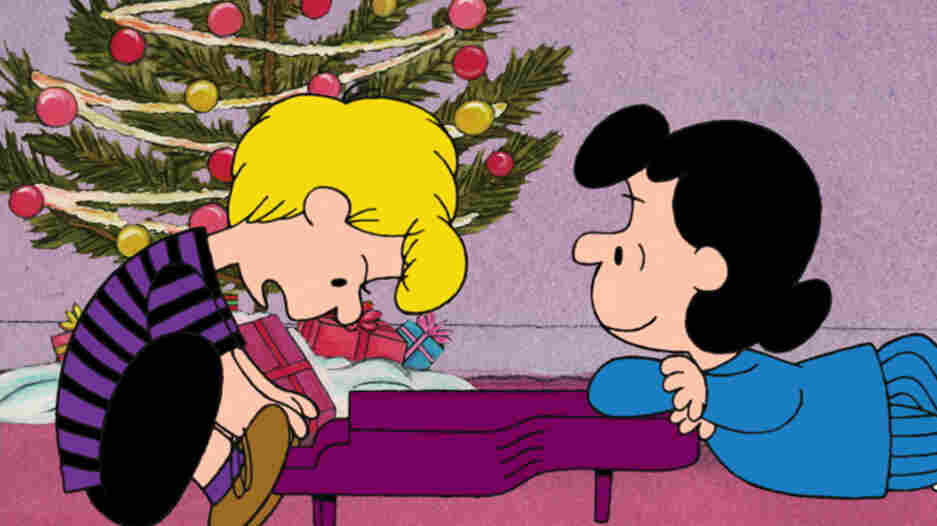 A still from "I Want a Dog for Christmas, Charlie Brown!" which aired on ABC in 2001. Vince Guaraldi's rearrangements and originals for the A Charlie Brown Christmas soundtrack became holiday perennials. ABC Photo Archives/ABC via Getty Images hide caption 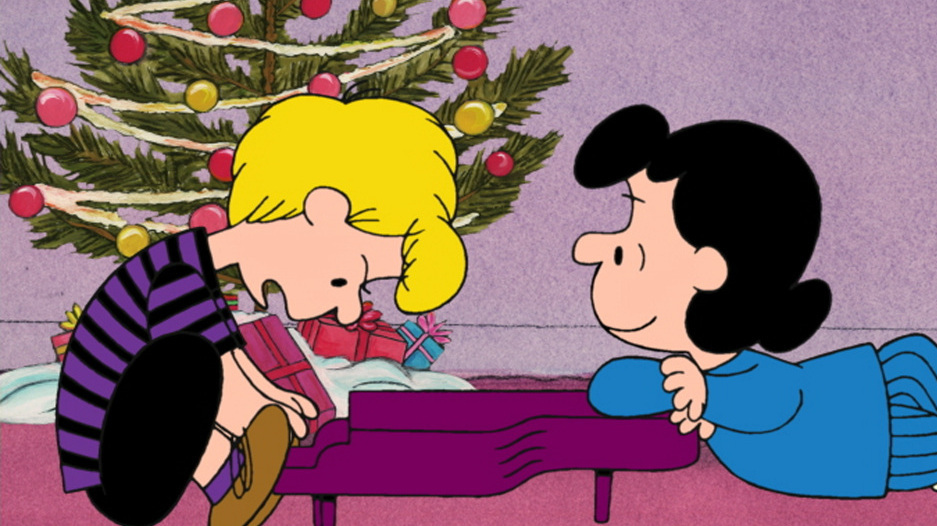 A still from "I Want a Dog for Christmas, Charlie Brown!" which aired on ABC in 2001. Vince Guaraldi's rearrangements and originals for the A Charlie Brown Christmas soundtrack became holiday perennials.

"START A TRADITION!" scream the ads for various holiday goods at the local big box emporium — "Elf on the Shelf," McCormick's prepackaged gingerbread houses, the latest calorie-packed Starbucks cup of cheer. The overwhelmed shopper, stepping out the doors of any establishment from which Justin Bieber's mistletoe carol booms, might wonder: are these meaningful practices, or just acts of relatively careless consumerism?

I'm not here to tell you to go out and buy a stuffed Santa surveillance kit. But only the most stringent anti-shopping crusaders believe that the winter holidays should take place wholly outside the realm of the coin. Most American family customs are of the semi-homemade variety — gathering with loved ones to watch A Charlie Brown Christmas or even to decorate a tree according to widely shared rituals that involve personalizing what's been marketed to us. I'd argue that this commercial side of the holidays has a positive effect, allowing people of different faiths to unite in a much-needed moment of shared comfort and joy.

Music is one thing that's taken us to that place of harmony in difference, time and time again. Jody Rosen's book White Christmas: The Story of An American Song explains how Irving Berlin and other Jewish songwriters helped make the season sharable for everyone in our First Amendment-grounded nation. In the nearly 70 years since Bing Crosby immortalized Berlin's ditty, holiday music has diversified so much that now you can ring in your festivities to reggae, rockabilly, avant-jazz, metal, Chipmunks or chip-tunes. People bent on starting a tradition have plenty of help with the soundtrack.

Now that pop is an Internet-borne virus, its role in making semi-homemade traditions continues to grow. Take the story of The Maccabeats' "Candlelight": a 2010 phenomenon that took the Yeshiva University a capella choir international and took the eight days of the Jewish winter holiday to a new level of cool.

That's what the song did for my interfaith family, anyway. We've never lacked for Christmas tunes, but our Hannukah jams have always been on the weak side. (All due respect to Adam Sandler for at least trying, but you can't dance to his rhymes.)

That all changed one day last November when a now-forgotten Facebook friend posted the video for "Candelight," the Maccabeats' reworking of Taio Cruz's hit "Dynamite," on her wall. My first grader, who was going through a heavy Bob Fosse phase, quickly became obsessed with the clip and worked out her own choreography to it. She debuted it at our giant Thanksgiving potluck. A week later, a friend who's active in our local temple brought a boombox to Hebrew school and played the song as a treat at the end. The kids went wild.

Soon enough, you couldn't go to a holiday party in our small college town without hearing "Candlelight." Jews and goyim alike joined in the chorus: "Ey-yo, spin the dreidel!" Hanukkah's aura was refreshed. Temple gatherings gained a few extra moments of fun, and non-Jews became more curious about the holiday. Everybody wanted to try throwing a latke in the air.

For the Maccabeats, recording "Candlelight" was a great career move. For my family (and, I suspect, many others) the song has already become indispensable: a pop product transformed by our engagement with it into a gift we share. In a couple of weeks, the Maccabeats are coming to play a concert nearby. I plan to bring my daughter. We'll shout for "Candlelight," and we'll sing along.