Accessibility links
Cesária Évora, Grammy-Winning Cape Verdean Singer, Has Died : The Record Nicknamed the "barefoot diva," Évora was perhaps the most widely known performer of morna, a style of music indigenous to Cape Verde. She was 70. 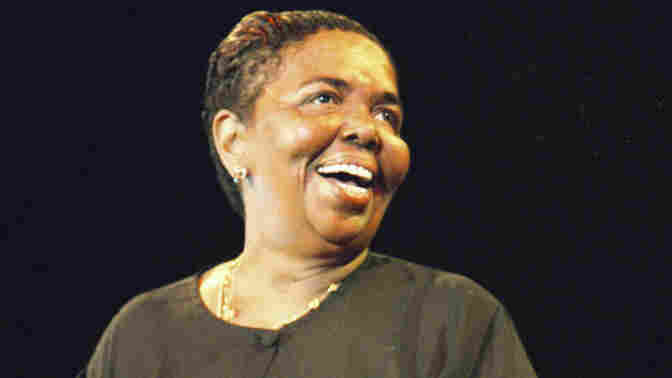 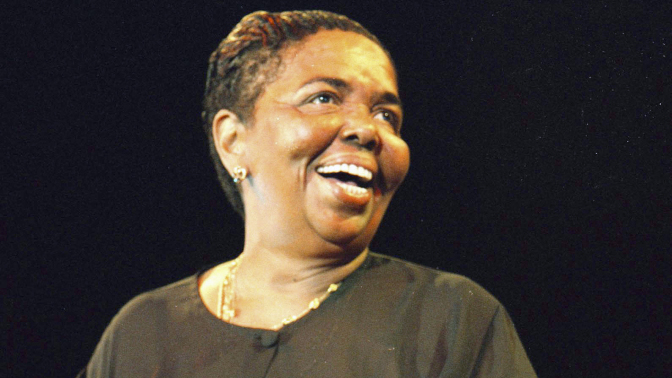 Cesária Évora performing in Amsterdam in 2000.

Cesária Évora, the Grammy-winning singer from the West African island nation of Cape Verde, has died, the Associated Press reported Saturday. She was 70.

Évora was perhaps the most widely known performer of morna, a style of music indigenous to Cape Verde. She began singing professionally when she was just a teenager — the only woman in a group that performed all over the islands — but she did not gain international attention until the late 1980s. In 2004, Évora won a Grammy for her album Voz d'Amor.

All Things Considered host Melissa Block spoke with Évora in 2007, while the singer was on tour promoting her 10th studio album, Rogamar. Speaking through a translator, Évora recalled her start.

"They actually told me that I had a good voice, that my voice was very pleasant," she said. "And from that moment on, I didn't stop."

Évora's style of singing was flavored with melancholy and nostalgia. And many of her songs were about her home. She told Block that she most appreciated Cape Verde for its simple charms.

"You won't see gold or diamonds or anything like that. But you will see the pure, tropical beauty: wonderful weather, gorgeous beaches, and just wonderful and warm people," Évora said. "Most of the Cape Verdeans are not actually in Cape Verde. People go out to look for a better life. But they are always longing to go home.