Accessibility links
Austin's Musicians Caught In Conundrum : The Record Austin, Texas, is quickly living up to its reputation as a musical hotbed. Consequently, as people flock to the city, the cost of living rises, and the starving artist suffers. 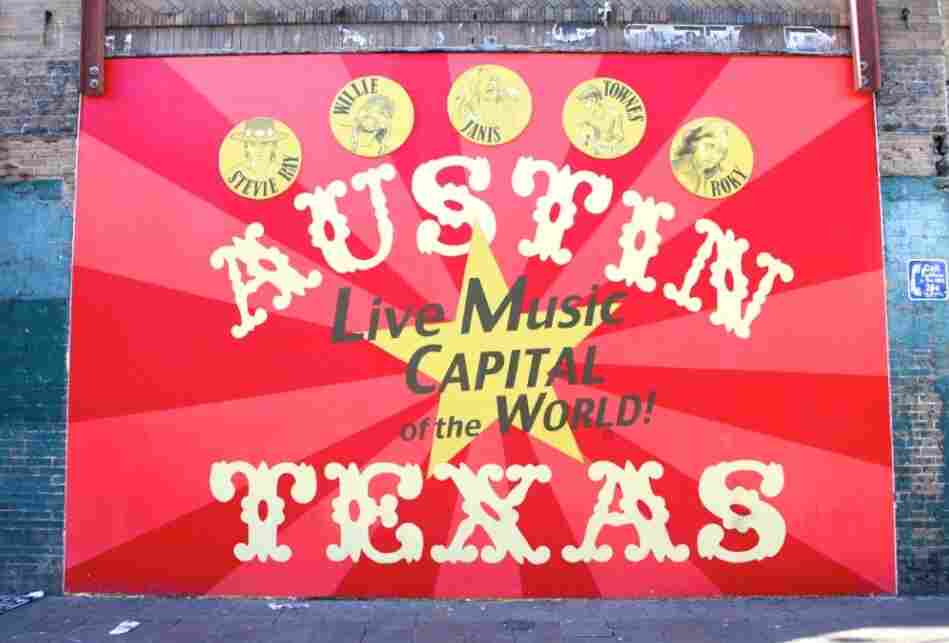 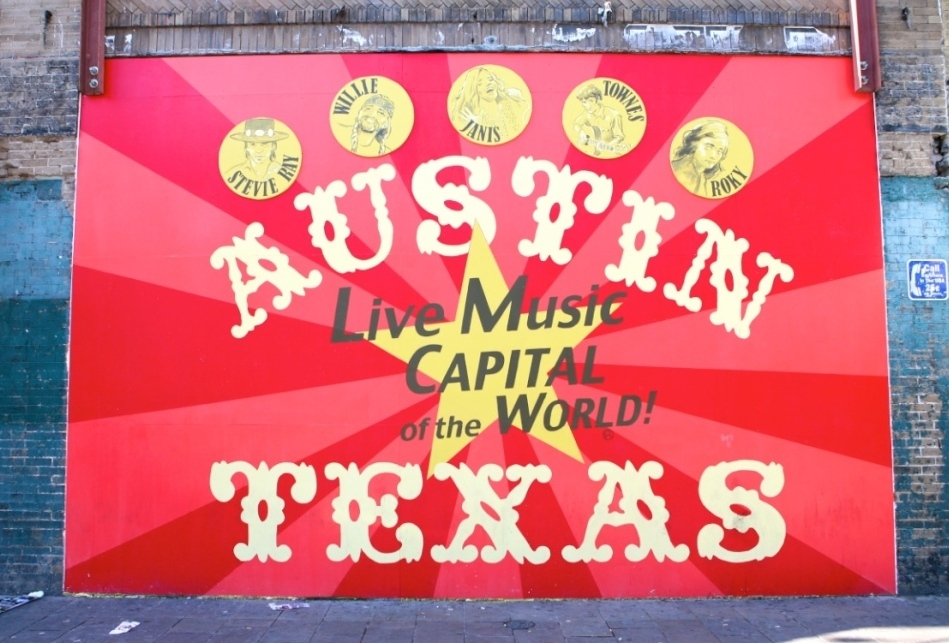 Sixth Street in downtown Austin, Texas, is one of the city's premiere live music districts. Guitar-shaped Christmas decorations hang on light poles, and the street is alive with bands and bars. Tonight you can hear ­­­­­­­­Austin Heat at the Thirsty Nickel, Mike Milligan and the Altar Boys at Maggie Mae's, or you could catch Misbehavin' at the Dizzy Rooster.

Austin is one of the fastest-growing cities in the country. Young people are moving there in search of its plentiful sunshine, freewheeling lifestyle, hi-tech jobs and vibrant music scene. However, more and more musicians find they cannot afford to live in the self-styled "Live Music Capital of the World."

In Austin, music seems to bubble up like an artesian spring. Yet many musicians cannot make a reasonable living wage in this town, which is why they need cheap rent. Hence the moment of silence last week when the Wilson Street Cottages were boarded shut.

"Everyone's moved out of town, out of state, across town. Yeah, this is the last place. South Austin just got uncool," says Jacob Rocha as he loads his belongings into a pickup truck.

Rocha plays in a grindcore punk-rock band called F'n A and was a resident of the colony. The Wilson Street Cottages were a rambling complex of shabby apartments in South Austin. Famous — and infamous — as a musician's colony, the community treasured its frequent song swaps, potlucks and bacchanals.

Bobby Lane — one half of the duo Weedhawks — was loading his worldly possessions into a van and preparing to go back and live on the road with his musical partner, Ruby Jean. According to him, lots of great musicians have passed through these cottages.

"Ronnie Lane from The Faces lived at the first cottage up there; Will Sexton lived next-door; and talk Stevie Ray Vaughan lived in my cottage. I'm not sure if that's true or not, but just a lot of great musicians in the neighborhood and a really good creative energy here," Lane said.

Despite the high cost of living, more than 170 new people move to Austin every day. Consequently, Austin has become the most expensive city in Texas to buy or rent a home in.

Michelle Ward is a sales associate at Barton Place, one of the trendy new condos springing up throughout Central Austin.

"Our amenities include things like a saltwater pool; there is a fitness center; also, there's four rooftop terraces," she recites, "and so price ranges for two-bedrooms in general range from the $350,000s to the $590,000s."

So here's the kill-the-golden-goose paradox: The music scene is one of the biggest reasons why people are flocking to Austin, and all those new people are crowding out the musicians who make the music.

One of Austin's greatest creative success stories is South by Southwest, or SXSW. In a modern downtown office building, a staff of 83 annually produces an interactive media festival and a film festival as well as the storied music festival. In March, 2,000 acts will play in 80 clubs across the city over the course of the festival.

"I feel like at this point there's so much momentum behind the idea of Austin being a place for artists and musicians to gather, that it's going be really hard to stamp that out," says Roland Swensen, the founder of SXSW.

Swensen agrees that high-priced real estate is pushing starving artists further out into the periphery suburbs of Austin.

"But there's give and take here. I mean, yeah, it's more expensive, it's harder, but there's also more opportunities now than there were before. There are many more places to play than there used to be," says Swensen.

So, what can be done?

In the past five years, the city of Austin has committed $55 million to affordable housing. In fact, the developer of the new Wilson Street apartments says 10 percent of his units will be designated "affordable." Councilman Mike Martinez, who often speaks up for musicians, suggests taking the conversation in a different direction.

"It's very difficult to talk about because venue owners and promoters tend to be more resistant to this conversation, but it's paying our musicians a living wage," he says.

That's a hard argument to make, especially in a town bursting with guitar players, all elbowing each other aside to become the next Stevie Ray Vaughan.