Accessibility links
Skylar Grey: And The Hits Keep Coming : The Record This year has been good for the pop singer-songwriter, who's also a producer and industry veteran. 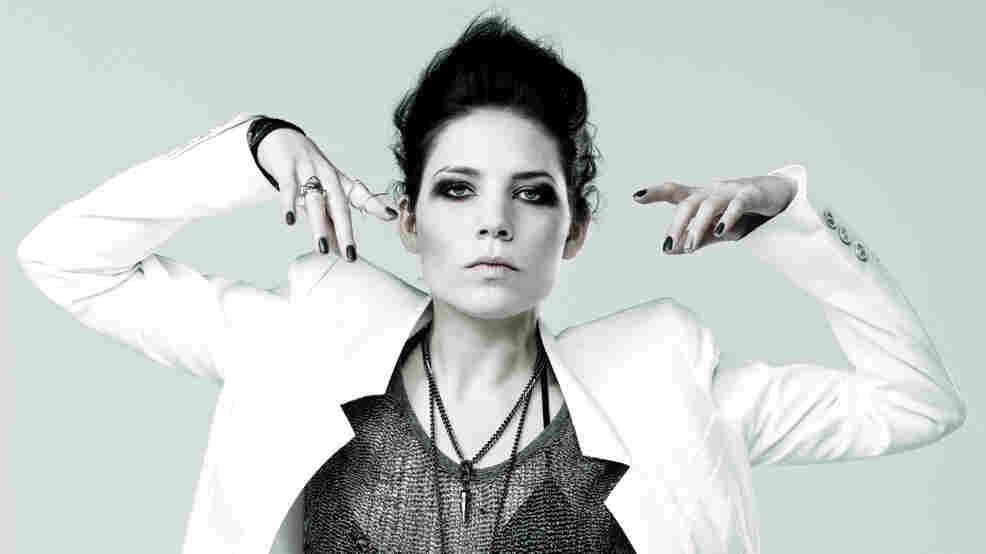 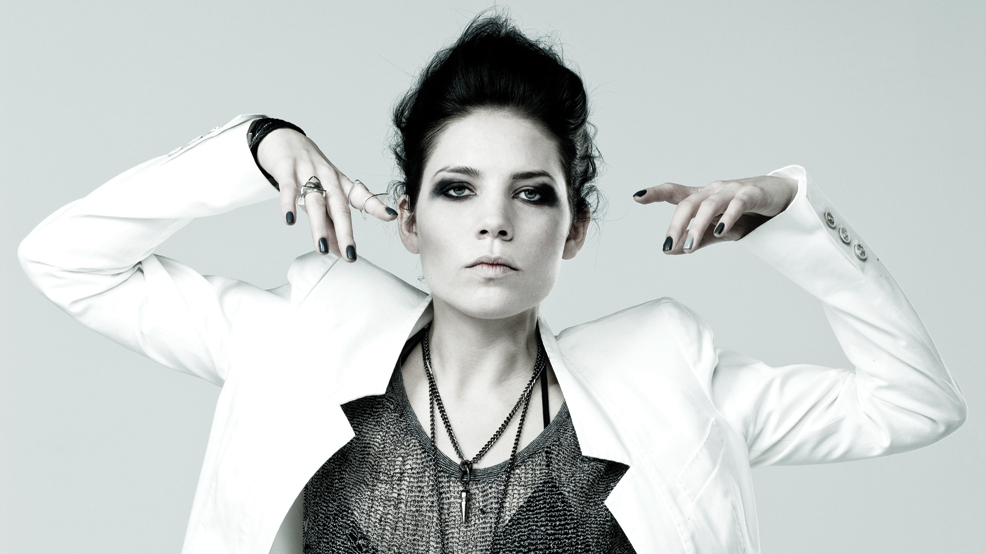 You've probably heard her voice all over the place, on songs ranging from Diddy's "Coming Home" to Lupe Fiasco's "Words I Never Said," to Kaskade's "Room For Happiness." Skylar Grey did not only sing — she wrote the hooks for every single one of those songs. This year has been very, very good for her, and it comes on the heels of another pretty decent year. Grey co-wrote, with producer Alex Da Kid, one of the biggest hits from 2010. "Love The Way You Lie," with Eminem and Rihanna, spent months on the charts.

At a sunny Los Angles recording studio, Grey reflected on her fabulous year. "So after 'Love the Way You Lie' was a big hit, Eminem invited us to work on [the album] Detox, and we gave him "I Need A Doctor,'" she says.

"I Need A Doctor" was the song that ushered Skylar Grey into the spotlight at the Grammys at the beginning of 2011. She emerged from the shadows, a slight, serious figure, at once beguilingly opaque (as her name would suggest) in affect, but with a voice decisive and clear.

Grey is a new name and a new persona for a young, bruised music industry veteran. Until recently, she was someone named Holly Brook. She started recording childrens' music professionally with her mother in Wisconsin when she was only six years old.

"I learned a lot singing with my mom," she says. "It gave me an advantage, I think, as an artist to have that under my belt — three albums by the time I was 15."

Holly Brook got signed to a major label when she was still a strong-willed teenager who found herself dumped by Warner Brothers by the time her solo album came out. She supported herself singing backup for musicians like Duncan Sheik, who composed the musical Spring Awakening. He cast her in other musicals in development, including one called Whisper House.

"She doesn't have this big voice," Sheik says on the phone from his New York apartment. "It's actually quite small and quiet. But it's very perfect and beautiful and her pitch is immaculate."

Holly Brook decided she needed to leave the business in order to reinvent herself. She moved to a remote cabin in Oregon. She lived there without heat for a year, she says, chopping wood and foraging.

"I was fearless," she says firmly. "And it was the first time in my life I ever felt like myself, finally — like nobody else could control me."

Grey's wearing a scrunched down wool hat and combat boots that look both battered and expensive. She's talking to Alex Da Kid, about a song that's her kiss-off to Holly Brook. It's called "Dance Without You."

"She wrote that — how quickly did you write that?" Alex Da Kid wants to know.

"Very quickly," Grey responds, a pleased smile fluttering across her face. "It just fell out of my mouth. Like 'Love The Way You Lie.'"

Grey wrote that hook in 15 minutes. Another song, "This Is Your Final Warning" took two whole hours. Like many of her songs, it's veined with references to violence, specifically domestic violence. That's not something Grey likes to talk about. But she agrees with the suggestion that perhaps it resonates with how her industry treats young women.

"I'm trying to make a statement as an artist," she says. "Because I feel right now pop culture has gone so visual. It's all about sex appeal and all that stuff. And I wanted to make a statement that the music can speak for itself. You don't have to cover it with bling and dumb stuff that doesn't even have anything to do with the music."

Grey understands that what propels the music industry is exactly what's messed up about it. And the person she's invented is very clear about how willing she is to play along.