'We Take Care Of Our Own': Springsteen's New Wave Of Social Protest

'We Take Care Of Our Own': Springsteen's New Wave Of Social Protest 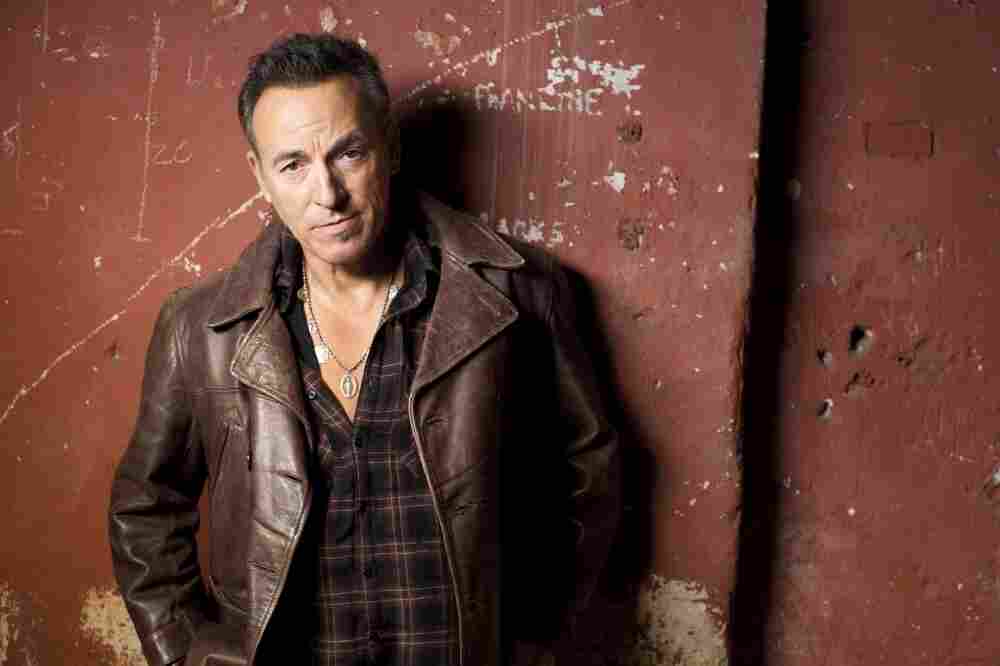 There's a phrase that often pops on the Internet, signifying a moment you can't take back: this happened. Usually, it points not to an actual occurrence but a bit of knowledge shared: a misbegotten statement from a notable person that's gone viral, or a meme getting stuck in our collective heads. This happened is a heavy sigh: we have to deal with this knowledge.

Friends started posting a new track that had popped up on Youtube — "We Take Care of Our Own," the first shot from Bruce Springsteen's upcoming album Wrecking Ball. It was midnight and I was zombied out on the couch watching Dinner: Impossible. So I gave it a quick listen on the worst speakers imaginable — my iPhone — noticed how the boom of the drums built against the siren wail of what sounded like a synthesizer, dug the bell-like ring of the keyboard riff and noticed the line Springsteen repeated twice in a verse: "Where's the promise from sea to shining sea"? Then I slapped it up on my own Facebook page without comment and went to bed, reserving further judgment until morning.

I awoke to an exchange: one pal, a writer, exclaimed, "I can't place what '80s song that riff is reminding me of. New Order? OMD? Argh!"

It wasn't long before someone made the connection — to "Wishing (If I Had a Photograph of You)" by A Flock of Seagulls.

I know! Bruce Springsteen inspired by A Flock of Seagulls? It's unfathomable. I refuse to entertain the thought of the Boss streaming old episodes of I Love the '80s on his laptop, trolling for inspiration. And yet. Just listen.

I fully believe this is a coincidence. But how to explain?

Determined to keep pushing 'til it was understood, I reached out to my colleagues at NPR Music. Jacob Ganz provided the key. "It sounds like Arcade Fire," he wrote.

This makes beautiful sense. Springsteen has publicly embraced the Montreal-based band as the heir apparent to his own E Street Band. Arcade Fire is a classic rock band whose members grew up in the 1980s; they understand that synth-pop can rouse a crowd, too. The Arcade Fire sound resolves the contradictions that kept Boss fans and New Wavers apart in the 1980s.

Springsteen himself never sanctioned that divide. He even made a New Wave-ish album, Tunnel of Love, in 1987. His manager Jon Landau, has made a statement that Wrecking Ball would include music that's "his most innovative in recent years," appealing to "both veteran fans and those who are new to Bruce." Connecting with a younger sound as he strives to determine how to move on after the 2011 death of the E Street Band's anchor, sax man Clarence Clemons, Springsteen is simultaneously looking ahead and reaching back.

One thing about "We Take Care of Our Own" is pure Boss, though: the lyric. This is a bitter anthem crafted for a political moment that, for progressives like Springsteen, demands cruel clarity. The way its hook — the seeming don't-tread-on-me sentiment of the title line — plays against other lines like "I been stumbling on good hearts turned to stone/The road of good intentions has gone dry as bone" or "We yelled 'help' but the cavalry stayed home" is pure Boss. Just as he did on "Born In the U.S.A.," "Glory Days" and even 2009's beautiful "Girls In Their Summer Clothes," Springsteen brings out big emotions and then demands we drop the delusions that often accompany them. When he delivers an old line like "from sea to shining sea," his patriotic stance is a spit back in the face of power — a demand that, in hearing such America-first language fresh, we admit that it's hollow unless it serves a real populist vision.

I'm excited about Wrecking Ball after hearing "We Take Care of Our Own." The song shows that this veteran artist is pushing himself and his collaborators toward yet another edge of the vintage Springsteen sound, and the gloves-off lyrics — patriotic in the style of Mr. Smith and Dr. King — point toward a strong election-year statement. (There's a line seemingly inspired by the 99 per cent, "Where's the work that set my hands, my soul free," and the album title nods to Bruce's fellow graying rabble rouser Neil Young.) And I think it's cool that you can hear a trace of Seagull in this song. New Wavers are citizens, too.