Accessibility links
The Biggest Football Song You Won't Hear In Indianapolis : The Record Football players outside America have their own anthem, a Brazilian pop song about hitting on girls.

The Biggest Football Song You Won't Hear In Indianapolis

The Biggest Football Song You Won't Hear In Indianapolis 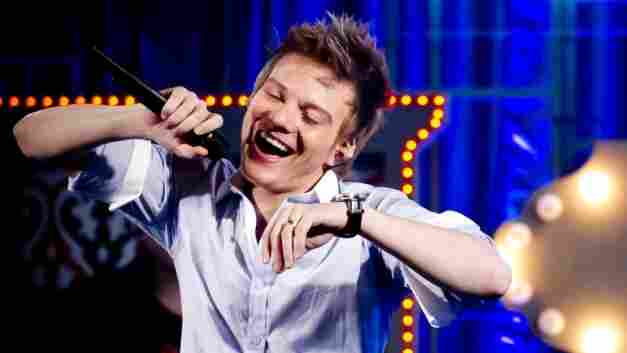 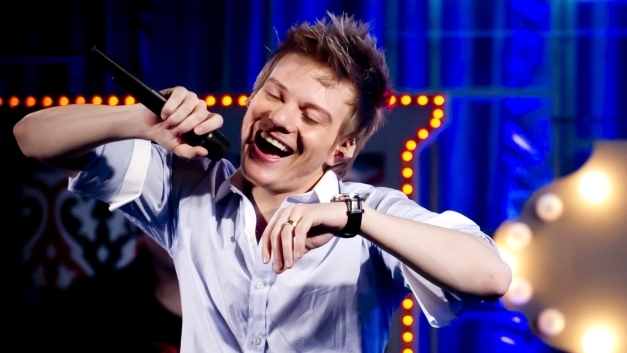 NFL stars have been known to break it down in the endzone — we'll undoubtedly see a few dance moves in the vicinity on Sunday. But footballers elsewhere in the world have their own routine lately, set to the unofficial anthem of that game where you do it with no hands. It's called "Ai Se Eu Te Pego (When I Catch You)," Brazilian singer Michel Telo's Euro-smash of last summer. And it's sitting tight at Number 4 on the Brazilian charts.

These days, any time a footballer scores — outside America, so far — you can bet the players will be bouncing and bromancing round the pitch to the cheery strains of Telo's tune. So far, there have been 24 reported sightings of footballers freaking out to "Ai Se Eu Te Pego" — from the Russian Football League to AC Milan and Swansea, Wales. This particular footie fetish phenomenon (it's not the first time soccer stars have choreographed their celebrations to a pop hit) dropped when Real Madrid's Cristiano Ronaldo scored the first goal against Malaga in October of last year and broke into an impromptu victory dance with teammate Marcelo Vieira; now the song even has an all-football video featuring Telo with such masters of the ball as Ronaldo, Marcelo, Reus, Robinho, Pato, Boateng and Neymar, credited as the first player to have bopped to the tune in a game.

But it's more than just Telo's supple delivery or even the super-singalong hook that has made "Ai Se Eu Te Pego" so beloved. This pop ditty flaunts its roots; maybe no surprise as it hails from Salvador, Bahia, the most African part of Brazil, famous for its drummers. Written by two Bahians, Sharon Acioly and Antônio Dyggs of Os Meninos de Seu Zeh, the song's drum patterns mirror the "Bam Bam" riddim beloved in Jamaican dancehall.

The song was quickly adopted and recorded by a series of Bahia musicians. Realizing he had a monster on his hard drive, Dyggs took the song to golden boy Michel Telo.

Though Telo reveals nothing personal on his website — other than that his characteristic is Happiness, and he is nostalgic for Childhood — he is a Brazilian roots man. The boy-band-handsome blond pop star is part of a new wave of Brazilian musicians playing a style called "university sertanejo," the electronic, rock and house-tinged update of a groove born in 1920s rural Brazil. Flavored by European immigrants' polka, accordion became a sertanejo trademark, and that old squeezebox breathing life into "Ai Se Eu Te Pego" is a huge part of its airy appeal.

An accordion player himself, Telo had a Brazilian country band when he was just a kid, and as a teenager sang for 11 years with "Grupo Tradição," The Traditional Group, before going solo. Now he raves about sertanjo's "Brazilian country" music, and why he likes to perform at agricultural fairs, so that he can stay close to the "backwoods people" who are the soul of the music. It's the rural Brazilian version of Keeping It Real.

The songs' lyrics are simple and human. It opens with "Delicia! Delicia!" a common come-on in Brazil, and then exclaims, "You are killing me! Oh if I catch you! Saturday night at the club. People danced on the floor. A most beautiful girl walked by. I gathered my courage and started talking to her."

Lovers of Brazilian music will doubtless be reminded of the country's biggest tune from the '60s. Stan Getz and Astrud Gilberto's classic, "The Girl From Ipanema," also celebrates the charms of a passing beach beauty, whose availability will be nil-nil unless the protagonist actually stops to attract her attention.

That's the difference between Getz/Gilberto and today's version — in "Ai Se Eu Te Pego"; Telo dares to chat the girl up. Back in the '60s, everyone who the tall, tanned, young and lovely Girl From Ipanema passed just said "Aaaaah," which was probably quite disappointing for the Girl. Maybe that extra level of macho bragadaccio is why "Ai Se Eu Te Pego" has such a hold on football hunks? Delicioso!

Special thanks to Jasmine Garsd.