Accessibility links
Whitney Houston: Her Life Played Out Like An Opera : The Record Ann Powers on one of the world's biggest singers, who died at age 48 Saturday afternoon. 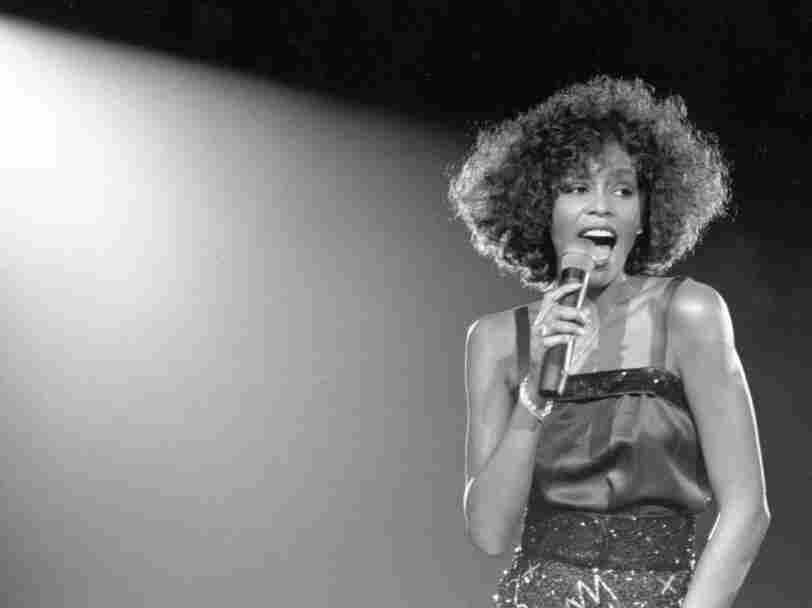 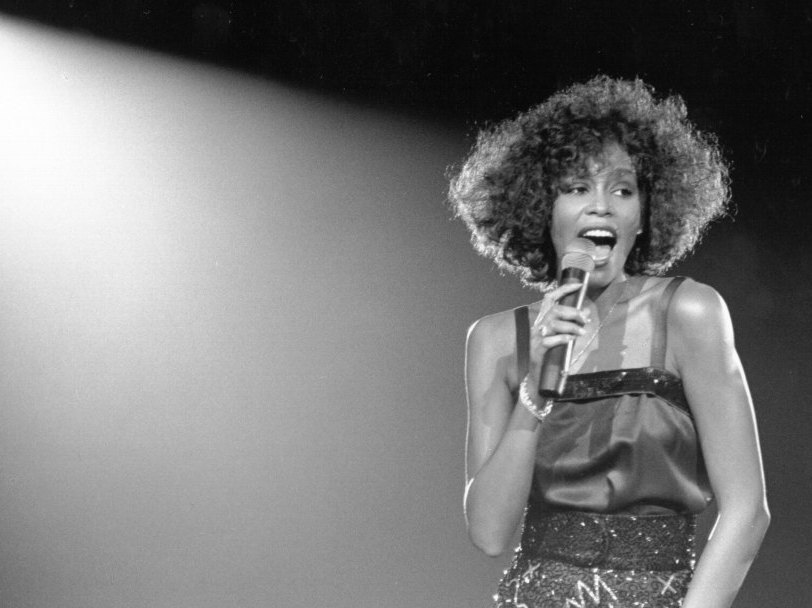 Whitney Houston, the Grammy-winning pop diva, has died, according to the Beverly Hills Police Department, which responded to a 911 call at the Beverly Hilton.

Houston, 48, was one of the world's biggest-selling musical artists during a heyday that stretched from the mid-1980s through the late '90s and included such massive hits as "How Will I Know," "I Wanna Dance with Somebody (Who Loves Me)" and "I Will Always Love You." The singer also made her mark on Hollywood, most notably with a starring role in the 1992 film The Bodyguard.

This past decade saw Whitney Houston's career and public image marred by public struggles with drug use and a stormy marriage to singer Bobby Brown. In 2009 she released I Look To You, her first album of new material since 2002.

At the audio link you can hear Ann Powers speak to weekends on All Things Considered host Guy Raz about Houston's life and career. --Daoud Tyler-Ameen

It played out like an opera, her life. Whitney Houston was born during the golden, brutal days of the civil rights movement, into a family of royal women. Her mother, Cissy Houston, raised the house in gospel circles and backed up many a hitmaker; her cousin, Dionne Warwick, pioneered the crossover sound Whitney would later take even higher. Her godmother, Aretha Franklin, is soul's Queen. She was born blessed. And she grew up wise, in the nightclubs where her mama sang, like some kind of New Jersey Carmen: love is a gypsy's child; it has never known a law.

At 21 she became a racehorse. After a few early experiments, including apprenticeships in modeling and harmonizing with her spiritual elder sister, Chaka Khan, Houston met Clive Davis, the record man who would be her lifelong mentor. Davis signed her to Arista Records, in 1985 her debut came out and, after a slow start, three hit singles granted Houston the superstardom that would define her for the rest of her life, even after her daily circumstances had changed so much.

Houston performs "The Star-Spangled Banner" at the 1991 Super Bowl.

I was a kid working at Tower Records in San Francisco when Whitney Houston hit. What I remember is the life-sized cut out photograph that we propped up next to the stacks of her album, which kept getting depleted and restocked. In the picture she wore a swimsuit; her body was sleek and shiny, her perfection a haughty challenge to raggedy New Wave girls like me. I can't say I loved her then. She represented '80s culture at its glitziest and most carnivorous — she was the perfect, impossibly expansive voice of the yuppie soul, feeding on stock options and caviar.

Later, when I got deeper into contemporary urban music, I could hear how her singing made soul music's church into a crystal cathedral. Her tone and her power put her in a class nearly by herself. And unlike other glamor queens of that era, Houston also cultivated a certain wry warmth, the laugh that burst out of her gorgeous mouth and let us know that she would always come down from the throne, kick off her spiked heels and dance with us.

She found even more fame in the '90s, becoming a movie star and claiming Dolly Parton's "I Will Always Love You" as a signature that came to mark every surface of the culture. Then she started to fall. Houston's marriage to Bobby Brown was a slow motion car wreck, marred by drug use and public squabbles, though blessed by a daughter whom she clearly adored. The slobbering attentions of the tabloid journalists made things worse, as did every snicker each of us indulged about her sadness.

Still, Houston made one of her finest albums during this period — My Love Is Your Love, which showcased a grittier voice and, on songs like "It's Not Right But It's Okay," a determination to mine hard times for meaning, the way she'd once milked the glory of her youth.

In this century, Houston became an emblem of decline — of the human toll taken by drugs, and of the shifting nature of pop, whose stars now act much more like trick ponies than thoroughbreds. Houston made more music and won more accolades (according to the Guinness Book of World Records, she holds more trophies than any other pop star) and did manage to occasionally appear in public. But her comeback never solidified. The most obvious testimony to the greatness of her gift is that, even when she was most down, the butt of comedians' jokes and gossip columnists sneers, her fellow artists only spoke of her in admiration and love.

Her artistic father figure, Clive Davis, never gave up hope that she would return. Every year at the party he threw in the Beverly Hilton Hotel — where she died Saturday afternoon, hours before she was scheduled to appear — Davis held out hope that this would be the time Houston would regain her breath and her fire and finally win again. She did make a go of it in 2009, wearing leopard skin and smiling widely as she sang with her cousin Dionne. It wasn't miraculous, but it was good enough to move the room to cheers and tears.

That Houston died mere steps from that stage, only to be discovered by her bodyguard in one of the thousand hotel rooms where she'd laid her head, is strange poetry. I've long thought that someone should write an opera about this brash, brilliant woman, born a child of soul and raised to womanhood within the heart of crossover pop. She broke hearts, and was herself broken. She suffered, but not in her music, which even at its saddest was grounded in a sense of dignity and the determination to transcend. She defined a style that so many would adopt, yet her talent was unique.

At the beginning of her book Opera, Or the Undoing Of Women, the French theorist Catherine Clement turns to various arias to embellish her argument about how music symbolizes and enacts the pain women must endure. "A prima donna is a column broken in two that bleeds from top to bottom," sings the diva in Offenbach's The Tales of Hoffmann. This reprisal reveals what we listeners crave: gorgeous suffering, self-exposure a show of power. Clement quotes another aria, from Jean Cocteau's text for Cantate, that makes me think of Whitney Houston, as I hope to always think of her. As an aerialist: "See see how I can fly / I can stay up alone / Detach myself from earth / Spin and rise / Rise wingless, wingless / Climb into the air the way you fall / Gently / In a whirl."

CORRECTION: An earlier version of this post attributed its closing lines to Alban Berg. They are in fact Jean Cocteau's, from his text for Cantate.