Accessibility links
On 'Idol': Hollywood Week And The Brutal Price Of Fame : The Record The show's most brutal week is a metaphor for the dilemma facing aspiring pop stars: there is no glory without sacrifice. But why can't the show find some middle ground?

On 'Idol': Hollywood Week And The Brutal Price Of Fame

On 'Idol': Hollywood Week And The Brutal Price Of Fame 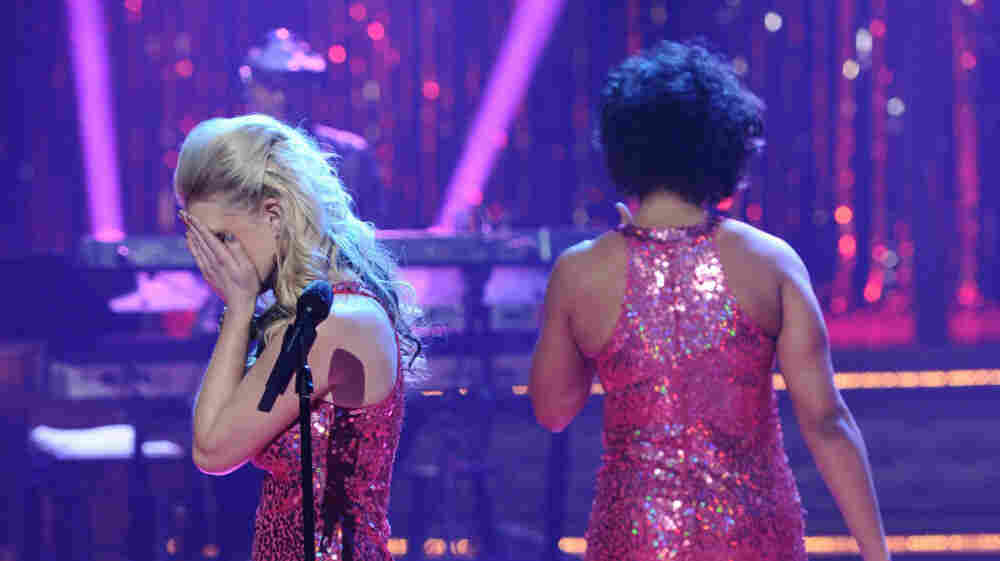 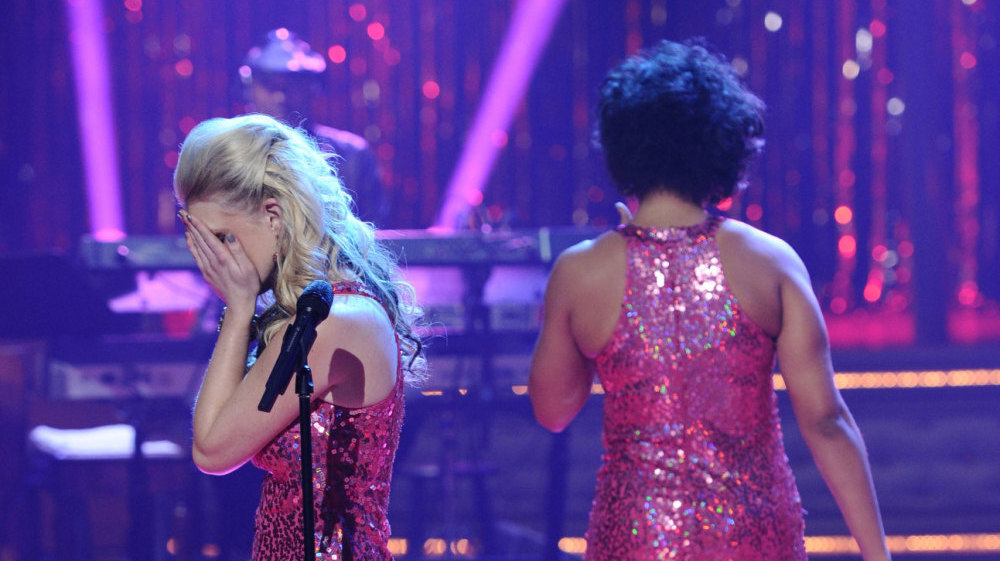 This hasn't been an optimal week for seeking pure pop pleasure. Whitney Houston's death last Saturday was cause for reflection on the dynamic between transcendent talent and and personal troubles. The best moments on Sunday's Grammy Awards telecast involved struggle, too: Adele's triumphant turn singing "Rolling In the Deep" came only after months of worry about her damaged vocal cords, and the tribute to Glen Campbell was made bittersweet by the fact that he's facing Alzheimer's disease.

By Thursday, when rumors came trickling out that Rihanna's new single might feature a cameo from her (possibly reconciled) ex-boyfriend and abuser Chris Brown, even the frothiest radio confections seemed to carry an arsenic taint.

American Idol did little to alleviate the bitter mood. Wednesday's Hollywood Week episode was pretty much pure agony. There was, at least, some singing, as the 100-plus remaining contestants divided into groups and quickly worked out stumbling dance routines and harmonies. Nothing musical made much of an impression that night, though. Instead, the focus was on more vomiting from kids with "The Idol Bug," and another teen-age girl claiming a starring role because of her dramatic collapse.

Poor 17-year-old Imani Handy wasn't a featured Idol player before she slipped into unconsciousness three times during the hour of her group audition. Like 16-year-old Symone Black, who tumbled off the stage the week before, Handy was quickly eliminated after her gasp-inducing moment of weakness.

These young women occupied one role on Idol — that of the virginal victim, held aloft to exemplify the rigors of the audition process. (Meanwhile, The Voice continued its merry ascent, epitomized by the bow-tie wearing hopeful Pip Arnold.) A question arises, however, about those trying circumstances. Are these mostly very young strivers being exploited?

Idol vocal coach Michael Orland claimed this week in a post-show interview that the Survivor-like conditions of Idol's Hollywood rounds replicate what pop hopefuls will endure throughout their careers. "The public is so hard to please, and I think the public is so judgmental — far worse than any judge on American Idol has ever been," he said. Okay, but this abstract "public" doesn't force developing artists to stay up all night in a chilly hotel lobby devising routines with utter strangers, under threat of losing their jobs after a minute-long performance. That's reality television, not reality. For someone like me, a fan of the actual singing part of Idol, it's not that fun to watch.

The brutality of Hollywood Week — and its Las Vegas-based extension — reinforces a dangerous way of thinking about the artist's life. Yes, "making it" require hard work and sacrifice. But the idea that performance matters more than personal health and emotional stability — that what happens onstage excuses everything that surrounds it — is as damaging as it is entrenched.

Whitney Houston has been mourned in many ways; one strain within the chorus of lament calls out the entertainment industry itself for demanding too much of a singer who couldn't handle the pressure to maintain her fame and the perfection of her gift. Celine Dion, who's had her own struggles within the hothouse of pop success, said on Good Morning America that Houston's death illustrated why she herself is "scared of show business."

There's an irony here, of course, since truly walking away from pop success requires its own sacrifice of ego, wealth and earning power — or, if you're just a low-level Idol baby, letting go of a one-in-a-million dream. (I really felt the conflict coursing through Imani Handy's mother's brain as she chose to not intervene while her obviously stricken daughter attempted to continue her audition.) But the all-or-nothing framework that supports our most romantic ideas about pop success — any American success, really — does a disservice to anyone engaging in the creative process of growing a career.

Hollywood Week is a metaphor for the cruel dilemma facing those who reach for the top in a pop world that doesn't have a healthy middle ground. Yet there's another way to think of creativity, even within the music industry. Thursday's Idol episode did include some very unkind cuts — an unexpected final elimination round dashed the hopes of many who thought they'd made it through to the next step, and seemed designed merely to satisfy viewers' bloodlust. Up to that point, though, we were treated to scenes of talented Idol recruits forming new groups, working out harmonies and dance moves, and finding real musicality in collaboration.

Those scenes reminded me of why I watch Idol: for the grace, not the grind. Call me a dreamer. I think the delight of a sweet pop moment, however fleeting, is its own reward.