Accessibility links
Cotton Mather's 'Kontiki,' The Album That Won't Go Gently : The Record The 15-year-old album went out of print, but big-name fans pushed for a reissue and a reunion gig. 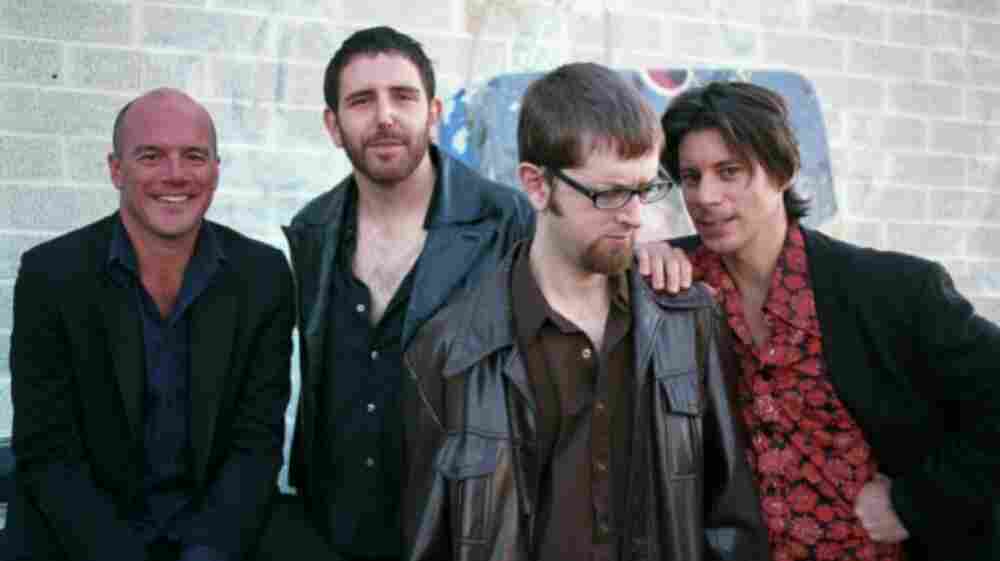 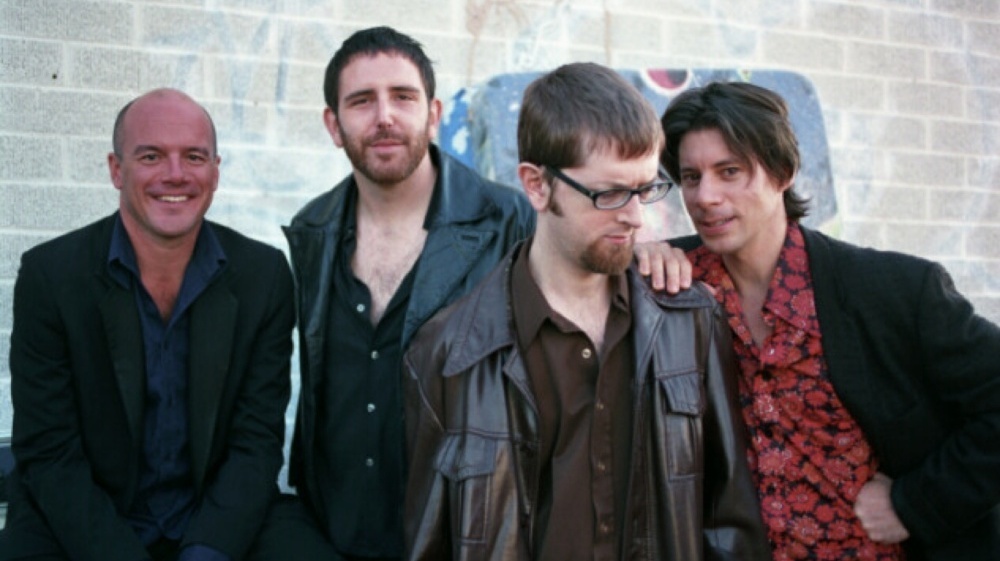 More than a decade ago, an album came out recorded mostly on cassette in a house, never released on a major label — and until last month it had been out of print for almost that long. When Noel Gallagher of Oasis heard it, he declared it "amazing," and The Guardian called it "the best album The Beatles never recorded."

The album is Kontiki by the Austin, Texas, band Cotton Mather. The group broke up not long after the album came out, but some high-profile fans pressed for a reissue, and now Cotton Mather is reuniting at the SXSW music conference.

Frontman Robert Harrison still writes and produces for himself and others out of his home in Austin. Sitting in his living room studio, he pulls out a box of tapes with labels like "Jeff" and "Blaine" — the names he used to keep track of literally hundreds of dubs. He pops one into an obsolete tape player, and suddenly it's 1997 again.

They'd made something that was real and moving and still sounded hot and out of control and wild.

"That, that was in a little house in Tarrytown, in this tiny room," he remembers. "Not a proper recording environment at all but what we did create — we put quilts up with clothespins so it was like a cave, like you'd have in junior high school — some cool lamps and stuff like that — and so we really felt like we were in this netherworld."

Originally Harrison had been working on several of Kontiki's songs at a studio in L.A. Then he parted ways with his producer and decided to craft the album on his own.

"My mother had recently passed away, my heart was feeling kind of blown open, and music had taken on a different purpose for me," he says. "It was about just healing and speaking from the heart and expressing joy and sadness and everything else. I think up until then I'd been trying to please other people — write music that was very clever, that might have convinced people I could have gone to graduate school had that been my ultimate design."

When the finished product did come out, promoter Biff Kennedy says the reception was lukewarm — to put it politely.

" 'I don't think so, Biff.' 'Call me when you get real work.' I think that was probably more of the overall reaction," Kennedy says. "There were clearly pockets around the country with, you know, some very progressive and aggressive programmers that did connect to the record immediately: XPN here in Philadelphia was one of them; the folks at WDET in Detroit responded immediately. The people programming WFPK out in Louisville — same thing: 'We love this; this is exactly the kind of record we're looking for.' "

If Americans didn't quite get it, it was a different story on the other side of the pond. In addition to raves from Noel Gallagher and The Guardian, Mojo magazine prepared a full spread. Cotton Mather was not only headed for Europe; by all appearances, it was headed for the big time, too.

Then Harrison suffered another blow.

"That was a really difficult time for me," he says. "My father had passed away very unexpectedly just days before all that stuff happened. And so I was kind of in shock. And I'm hearing all these people say, 'Oasis says you're the bomb!' Or whatever. I didn't even have any place to put that kind of information. I'd just buried ... I'd just lost my hero. I didn't feel very celebratory. I didn't feel very much like a rock star."

When they got back to the States, Harrison says, everything kind of stalled. "We really should have come out of there with another record deal," he says. "That, I think, kind of got botched. And so The Big Picture, which was our next record, ended up getting delayed. And that was our final record."

Within a few years, Cotton Mather would be no more. And Kontiki would be out of print.

But the band — and the album — have survived as more than merely a footnote to Austin music history. Many critics and musicians count Kontiki as a pioneer of the DIY ethos that has come to be an industry standard today. It's a powerful influence on musicians like Randy Reynolds, leader of the Austin band Leatherbag.

"This is such a forward-thinking record in its style, in its recording concepts, within its sonic quality and within its songwriting," Reynolds says. "I mean, no one — in the middle of the '90s, doing Beatles-esque things was not the coolest thing in the world to be doing."

Some people thought it was cool. At the time Kontiki came out, Britt Daniel was launching his band, Spoon.

"I loved this album," he says. "It did inspire me, and I felt like I had something to shoot for — something that was being made in my hometown." Daniel is among the fans who recently pooled their resources on Kickstarter.com for an official re-release. He says he still listens to Kontiki.

"I wasn't really sure how they'd done it, but they'd done it. They'd made something that was real and moving and still sounded hot and out of control and wild, and I feel like this record has that," he says.

Harrison doesn't dwell much on how long it has taken for Kontiki to achieve cult status. "We knew it was really special," he says. "There was something magical going on. It was like the cosmos was giving us a really big hug and saying, 'Well done, boys.' "

This week's Cotton Mather reunion at SXSW is supposed to be a one-time thing. But as Harrison discovered long ago, when it comes to Kontiki, the future may have other plans.

Cotton Mather isn't the only band of its era (post-grunge, pre-blog) to watch a beloved album go out of print. What album would you like to see reiussed?