Accessibility links
Earl Scruggs: A Lifetime With The Banjo : The Record The iconic banjo player, who played with Bill Monroe and Lester Flatt, developed a picking technique which defined the sound of bluegrass music. His "Foggy Mountain Breakdown" won two Grammy awards and made the banjo bluegrass' star instrument. 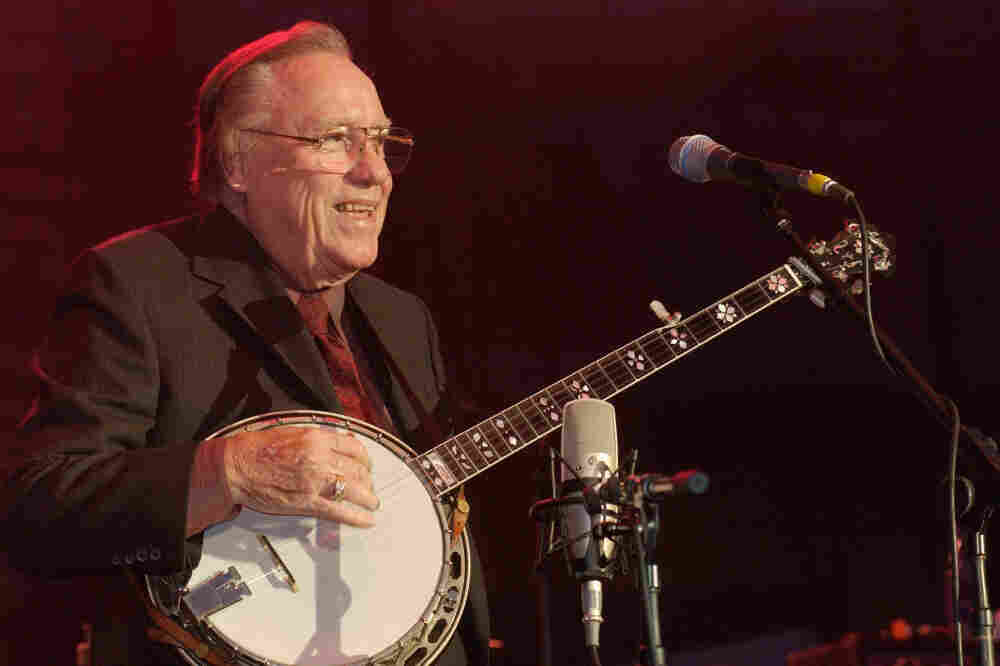 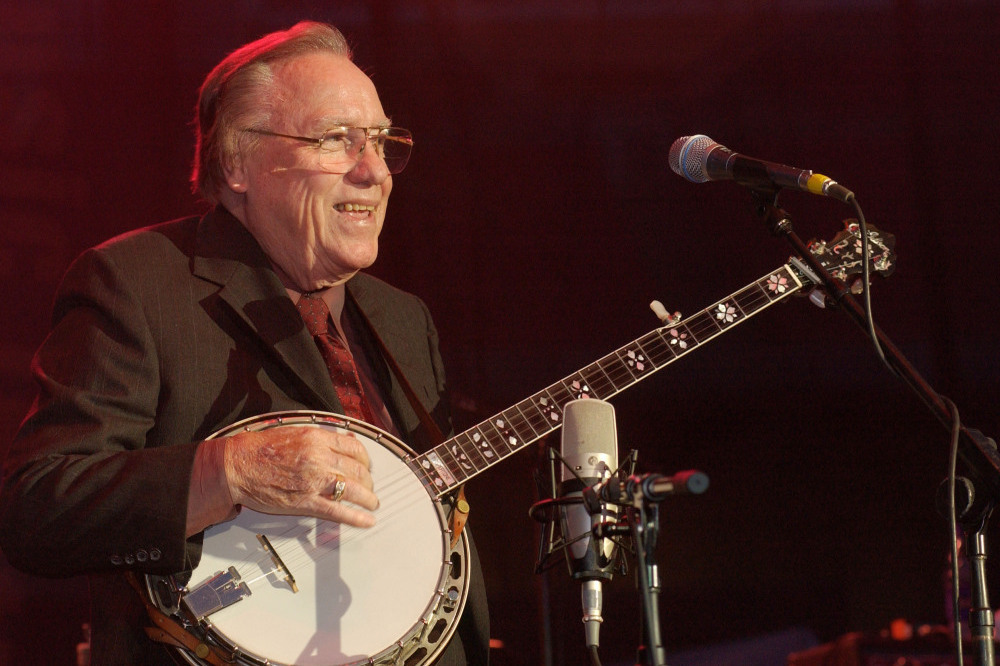 Banjo player Earl Scruggs, who helped define the sound of bluegrass, died Wednesday morning. Scruggs, who began playing the banjo when he was four years old, just after his father died, and would go on to become a member of some of the most influential groups in bluegrass. Scruggs died of natural causes in a Nashville hospital, according to his son. He was 88 years old.

Scruggs played in Bill Monroe's Blue Grass Boys band, and later led Flatt & Scruggs with guitarist Lester Flatt. But his lifelong affection for the banjo began long before, as a young boy on the North Carolina farm where he grew up. At first, he tried a picking technique using just his thumb and index finger, but he always wanted to poke his middle finger into the mix. The picking technique he developed, using three fingers, revolutionized banjo playing and took on his name: Scruggs style.

He perfected the style when he was about 10 years old, after a fight with his brother. "I'd gone into a room by myself, and I had a banjo in there. And I was, I guess, pouting. And all of a sudden, I realized I was picking with three fingers. And that excited me to no end," Scruggs told NPR in a 2000 interview. "I went running out of the room and there was my brother — so sudden — I came out saying, 'I got it. I got it. I got it.'"

The style allowed Scruggs to play syncopated progressions, or rolls, as the late bluegrass musician John Hartford, explained to NPR. "In order to play in 2/4 or 4/4 [time], you have to go one-two-three, one-two-three, one-two," Hartford said. "Emphasis comes on a different part of the bar each time."

Scruggs didn't share his innovation with the world right away. He worked in a textile mill in Flint Hill, N.C., until one of his co-workers suggested his banjo talent could be a ticket out.

That radio job led to a meeting with Bill Monroe, who asked Scruggs to join his Blue Grass Boys band. It was the best gig he'd ever had, he told WHYY's Fresh Air in 2003.

"I thought to do an hour show on the road was a pushover compared to eight hours in the mill or sun up to sun down on the farm," Scruggs said. "And music was my love, so to get into a group with good singing — and Bill had that — we did it 24 hours a day, practically."

Scruggs only stayed with Monroe for three years. In 1948, he and lead singer Lester Flatt split off to form their own group, The Foggy Mountain Boys. Soon after, Scruggs wrote the tune that would come to be the group's calling card and its biggest hit, though not for nearly two decades. "Foggy Mountain Breakdown" climbed the charts in 1967, after it appeared in the film Bonnie and Clyde and actually won a Grammy Award twice: once in 1968 and again in 2001 for a recording that featured many celebrity guests, including actor and banjo player Steve Martin and Scruggs' sons Randy and Gary.

In 1962, Flatt & Scruggs played on "The Ballad of Jed Clampett," the theme song for The Beverly Hillbillies TV show, but in 1969, Scruggs left the band. By then he had already secured a place in American musical history, becoming the model for every banjo player that followed him.

In 2003, Scruggs released his last new recording, an album called Three Pickers with guitarist Doc Watson and mandolin player Ricky Skaggs. "The Earl-style of playing, you know, everyone — every banjo player — tried to copy Earl," Skaggs told NPR that year. "Everybody wanted to be able to get that tone that he got."

In the '70s, Scruggs blended his sound with country rock in a band that also included his sons, the Earl Scruggs Revue. His fans didn't always like the new direction, but Scruggs cherished the opportunity. "One of the biggest thrills a person will ever get is to go on stage with his children, especially if they're good musicians, and I'll have to brag on them, even though they are my boys," he said. "I thought [they were] some of the best musicians I'd ever played with."

Family was important to Scruggs: His wife was his manager, and near the end of his life, home was the place he enjoyed playing most; Scruggs hosted jam sessions at his Nashville house.