Accessibility links
Music Education In Public Schools Gets A Passing Grade : The Record More than 90% of the country's schools offer it, but what students actually receive isn't clear.

Music Education In Public Schools Gets A Passing Grade

Music Education In Public Schools Gets A Passing Grade 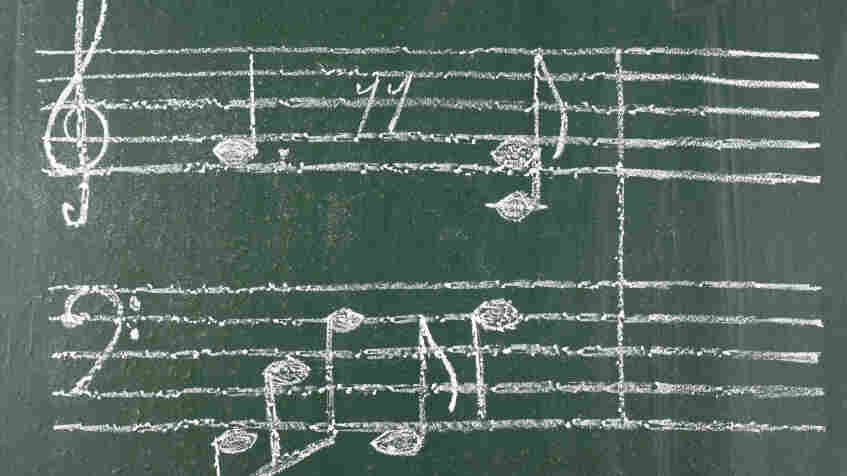 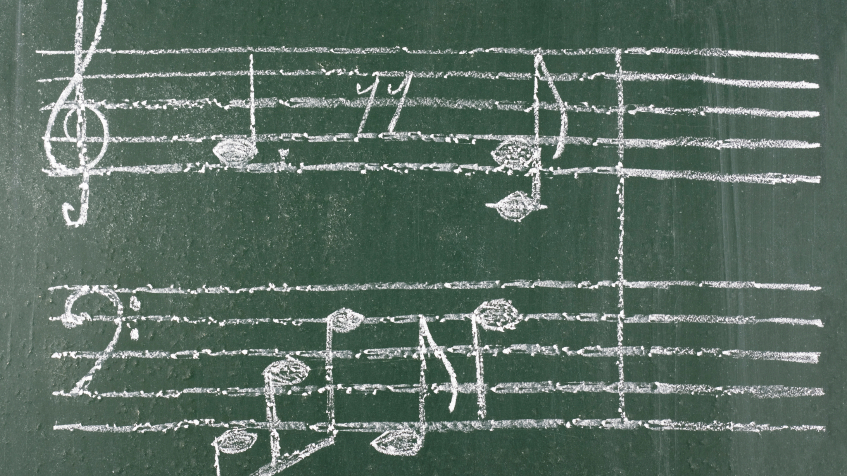 Numbers — they always look so solid, so reassuring, so — dare I say — hopeful? Earlier this week, the U.S. Department of Education issued a new report titled Arts Education In Public Elementary and Secondary Schools, 1999-2000 and 2009-10.

"In the 2009-10 school year, music education was almost universally available in the nation's public elementary schools, with 94% of schools offering instruction that was designated specifically for music," the report states. "Music instruction was available in almost all public secondary schools," with the actual number given at 91%.

Over the last decade, these numbers have remained surprisingly steadfast. That might seem like a cause for celebration, a victory over the doggedly narrow focus on reading and math test scores driven by No Child Left Behind, but don't break out the vuvuzelas just yet.

"The disparity between what schools offer and what students actually receive can be enormous," explains Richard Kessler, Dean of Mannes College The New School of Music and former Executive Director of The Center for Arts Education. "What the data isn't telling you is that you can have schools where there is one music teacher and 1000 students. Some of those students are going to get music and some of those students aren't."

There's some evidence in the DOE study to suggest the impossibly large student/teacher ratios Kessler describes, but you really have to hunt for it. Take Table 70, one of 165 supplemental tables: it shows that only 81% of secondary schools with an enrollment under 500 offer music as compared to 98% of secondary schools with a thousand students or more. Coincidence? I think not. Even if one simply uses the DOE's enrollment numbers to calculate the number of students in schools without music instruction at all, that's over 2.1 million children across the country — likely a conservative estimate

Teachers, veterans of the actual classrooms, paint a less rosy picture, though that information is again largely buried in the supplementary tables. Elementary school music specialists rated the support for their teaching "somewhat or very inadequate" in a variety of areas: funding (40%), facilities (27%), materials, equipment, tools and instruments (23%), instructional time in the arts (28%) and the number of arts specialists (36%).

At the secondary school level the numbers were not encouraging. The percentage of teachers indicating that support was "not at all adequate or minimally adequate" was even higher: instructional time with students (17%), instructional resources (36%), orchestra and band instruments (35%), classroom instruments (38%), classroom equipment (39%), time for individual or collaborative planning (50%) and technology used in the study or creation of music (65%). Music may be almost universally offered in schools, but the issues that still need to be solved are abundant.

What the report does spell out quite clearly is the disparity between the availability of the arts in low-poverty schools as compared to high-poverty schools. In 1999-2000, a remarkable 100% of high-poverty secondary schools offered music instruction. That number has fallen quite significantly — to 81% today.

"We start to see an achievement gap not only where fewer low income schools have the arts, but where there are fewer kinds of music courses. [Their] music teachers have to collaborate more with classroom teachers, they're traveling between more schools, spreading themselves thin and perhaps have less time to perform themselves," says Sarah Bainter Cunningham, Executive Director of Research for Virginia Commonwealth University's School of the Arts and the NEA's former Director of Arts Education. "You see a lot of the low-income schools using arts integration [with academic subjects] and offering fewer courses in music. Some people might say that arts integration is wonderful, but it's not so wonderful if it's their solution to the problem that they have fewer fulltime teachers."

During the announcement of the report at Miner Elementary School in Washington, Education Secretary Arne Duncan pointed out why the persistence of this arts opportunity gap is especially troubling.

"First," he said, "children from disadvantaged backgrounds, students who are English language learners and students with disabilities often do not get the enrichment experiences of affluent students anywhere except at school. And second, a considerable body of research suggests that disadvantaged students especially benefit from high-quality arts education — including an important new study from the National Endowment for the Arts on 'The Arts and Achievement in At-Risk Youth' that relies on robust, longitudinal data."

The NEA report, released last week, shows that high levels of arts engagement by the lowest socioeconomic quarter of students corresponds with greater numbers of students who, for example, complete high school calculus, exercise the right to vote, do volunteer work, finish a Bachelor's degree and choose a professional career path. In short, the arts help create young adults who have better academic outcomes, are more civically engaged and exhibit higher career goals. Think about how the world could change if we could teach music to the 2.1 million students currently denied that opportunity — that would be worthy of a vuvuzela fanfare.