Accessibility links
How To Succeed In The Music Business (By Trying Really, Really Hard) : The Record The new reality of the music industry offers more control for musicians alongside a sometimes crushing responsibility. Sometimes, living the dream means selling your belongings to pay your rent. 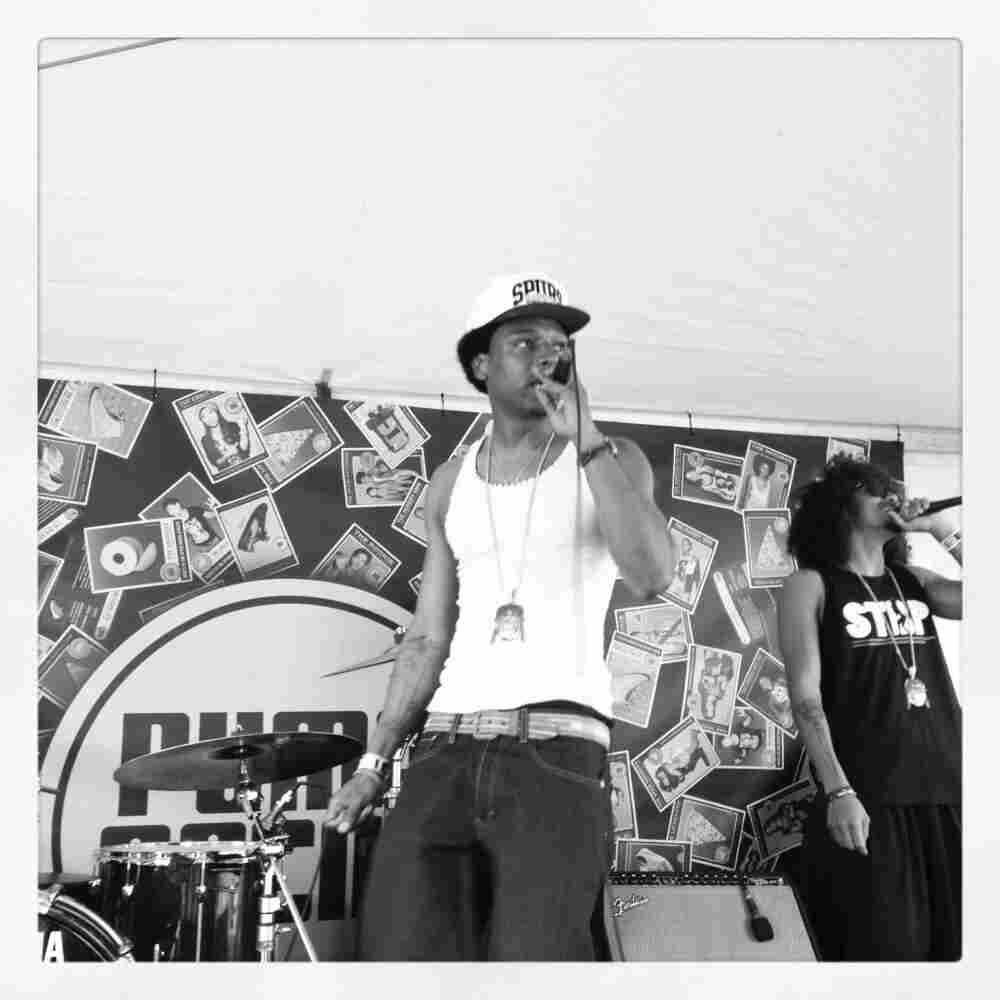 It's never been easy to make a living as a musician. But there was always a dream: to become a star on the strength of your talent and your music. The Internet is a rude sandman, however, and today that dream is a lot more convoluted.

No longer can a would-be rock star follow the once-accepted checklist: (1) sign with a big label, (2) get a hit, (3) buy mansions and cars. The number of ways a musician can make money is now varied. The question, for many musicians still trying to make a go of it in the industry, is whether those many sources can add up to something sustainable.

In 2010, the Future of Music Coalition, a nonprofit group that advocates for musicians, decided to survey more than 5,000 musicians to find out the answer to that question. The study, which is ongoing, has found 42 different sources of revenue for musicians. Fifty-six percent of respondents felt the Internet made it possible for them to manage their own career. Sixty-four percent said it also made the music world more competitive by creating "an overwhelming amount of music that consumers are now also bombarded by," says Jean Cook, one of the study's authors.

At this year's South by Southwest music conference, I spoke with many young musicians who are navigating the new reality of the music industry. And as the Future of Music Coalition's report suggests, many musicians are questioning the entire checklist, starting with the very benefit of a major record label. Raka Dun and Raka Rich, of the Oakland, Calif., duo Los Rakas, release their music via iTunes, but you can also download a free, legal version of their new EP, Raka Love, via Bandcamp.

"Even though people go on iTunes and support our music, we give it away for free and then the shows — the touring, the shows, the merch — is where we get our income from," says Dun. Add licensing of the group's songs to movies, TV shows and commercials to that list, says Rich.

Japandroids, another young duo, put out their music via a label -- the group's sophomore album, Celebration Rock, comes out on Polyvinyl Records in June — but drummer David Prowse says selling music is nowhere near the top of their list of priorities.

"It is pretty funny, 'cause a guy from our record label is standing right beside me and he probably doesn't want to hear this, but we don't really care whether we sell records, you know? We just want people to hear the record," Prowse says. The Internet has done the job of exposing Japandroids to a wide audience — just a few days before it arrived in Austin to play at SXSW, the band played multiple shows in Brazil. "We're definitely living our dream. I mean, we're incredibly lucky to get to do what we do."

As a duo, Japandroids can keep touring costs relatively low. But living the dream still requires some sacrifices.

"I spent a lot of last year selling my belongings on Craigslist to pay the rent, eat and buy groceries and get by so that I could just keep playing in the band," says Japandroids guitarist Brian King. "You do what you have to do."

Doing what you have to do, for many artists, means expending a lot more effort promoting yourself. That's something labels used to do. But 37 percent of the musicians surveyed by the Future of Music Coalition said that they were spending more time doing promotion and less time making music.

"Hopefully, one day I won't have to be so caught up in all of that day-to-day, the Twitter and the Instagram," says Madi Diaz, who released her album, Plastic Moon, in January. "But I also would like to at some point turn off and take a break and also be, like, an artist."

One question that the Future of Music Coalition study hasn't been able to answer is whether musicians are better off today than they were when the path within the industry was easier to navigate. That's partly because there weren't any studies of how musicians were doing back then. Today, musicians call their own shots, but they've got to make all the decisions, too.

Rich, of Los Rakas, acknowledges that reconciling the new dream with the old checklist is a challenge. "We're living our dream," he says. "We're doing what we we want to do, but we haven't got to where we want to get yet."

In the current climate, getting to your dreams may require a lot more time spent finding your own path.