Accessibility links
Remembering Bert Weedon, Guitar Teacher To Stars : The Record Weedon's guide to the basics of guitar playing was used by the young musicians who would become members of The Who and The Beatles. 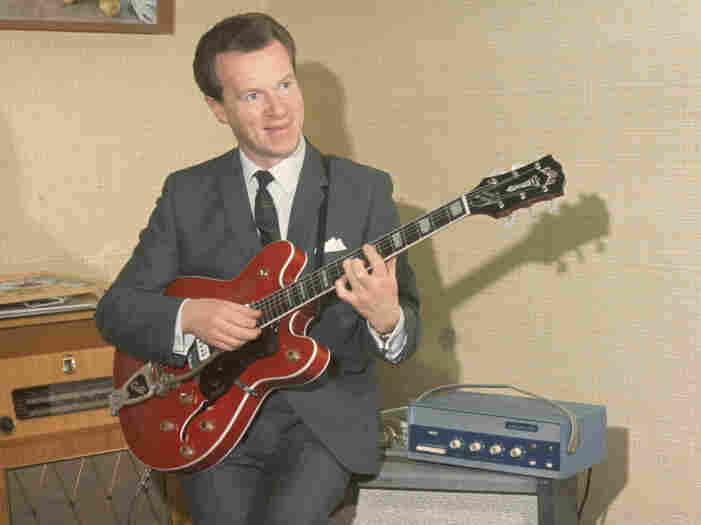 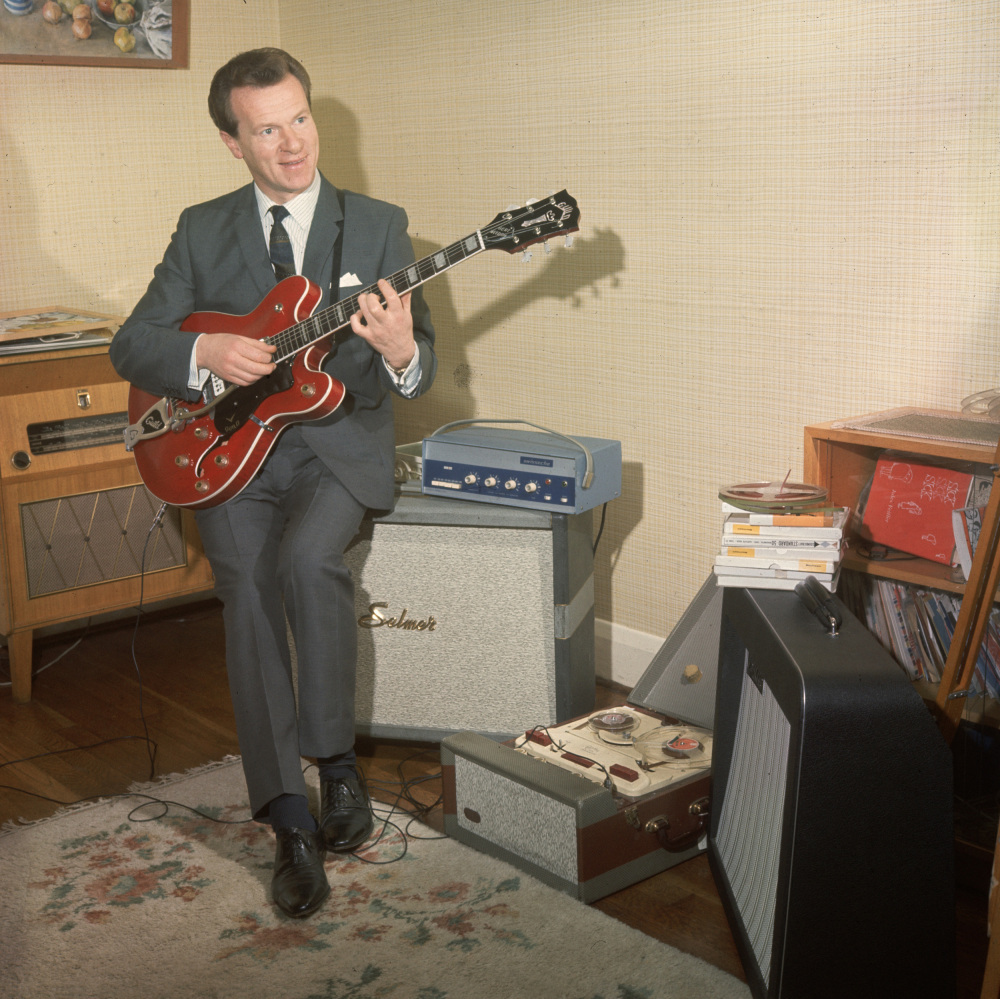 Even if you've never heard the name Bert Weedon before, his death on Friday, at the age of 91, deserves a salute: a chiming, perfectly fingered D major chord salute.

Weedon became known in England as the first guitarist to have a hit on that country's singles charts, with his 1959 recording of "Guitar Boogie Shuffle." But his lasting legacy will be the slim guitar manual "Play in a Day." Weedon's instructional booklet, first printed in 1957, gave a generation of young Brits their first guitar lessons. Eric Clapton, Pete Townshend, Mark Knopfler and all three guitar-playing Beatles turned to Weedon's book after picking up a guitar.

You can listen to the music that these famous guitarists made in a report from All Things Considered (click the audio link to hear it), but just as important were the millions of other aspiring rockers who followed Weedon's instructions. As you can see in the video below, "Play in a Day" was reprinted many times, with many different covers, though always with the same basic idea inside: You've got to start somewhere — all you need is a few basic chords.