Accessibility links
Adam Yauch, Co-Founder Of The Beastie Boys, Dies : The Record The gruff-voiced rapper known as MCA was diagnosed with cancer in 2009. He died Friday in New York at the age of 47. 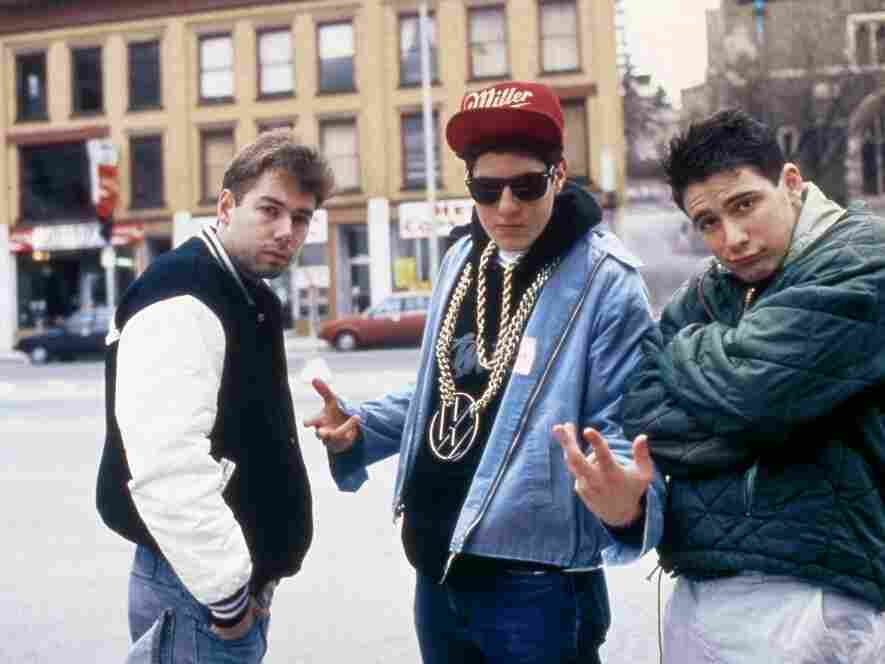 Adam Yauch (left) with the Beastie Boys in 1987. The gruff-voiced rapper known as MCA died Friday after a battle with cancer. Ebet Roberts/Getty Images hide caption 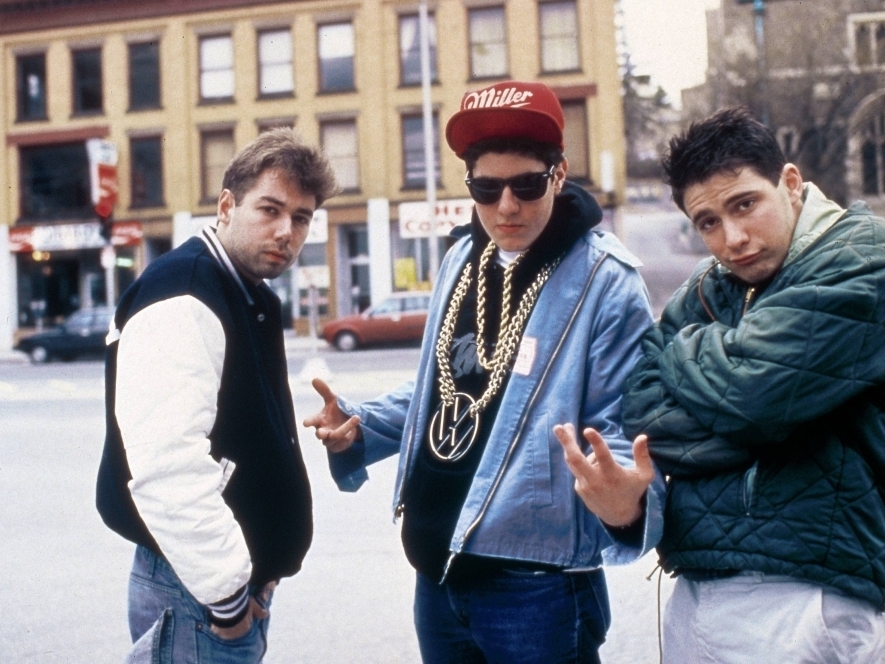 Adam Yauch (left) with the Beastie Boys in 1987. The gruff-voiced rapper known as MCA died Friday after a battle with cancer.

Adam Yauch, the raspy-voiced rapper known as MCA of the Beastie Boys, died Friday in New York at the age of 47. Yauch was diagnosed with cancer in 2009 and had been largely out of the spotlight since.

Yauch and bandmates Michael Diamond (Mike D) and Adam Horovitz (Ad-Rock) are credited with helping push hip-hop into the mainstream. The Beastie Boys were inducted into the Rock and Roll Hall of Fame last month, but Yauch was not in attendance.

Founded as a punk act when Yauch was 17, the Beastie Boys began fusing elements of rap and rock on their 1986 debut album Licensed to Ill, released by the then-brand-new Def Jam Recordings. The album — created by an all-white trio that formed when rap was still made by and marketed toward black audiences — was the first hip-hop album to make it to No. 1 on the Billboard 200 chart.

According to Bill Adler, the Beasties' publicist at Def Jam records during the Licensed to Ill era, the album "defined ... American pop and international pop for the calendar year of 1987.

"They demonstrated that you did not have to be black to make a credible record," Adler told NPR's Sami Yenigun. (You can hear Yenigun's full report for All Things Considered by clicking the audio player on this page.)

On Licensed to Ill, the Beastie Boys created a cartoonish signature image: hard-partying neighborhood guys looking for a drink and a girl, and not much else (unless vandalism counted). In an interview with NPR in 2011, producer Rick Rubin, who worked with the band on the album, said, that's who the Beastie Boys were.

"[The group] had a punk rock-slash-pro-wrestling attitude of just ridiculous hip-hop boasting and aggression," he said.

But the group's early image incited a backlash and charges of misogyny.

In 1985, the group opened for Madonna on an arena tour. In a 2006 interview with WHYY's Fresh Air, Yauch told host Terri Gross that the pop singer's fans didn't like them much, but the image was a put on, at least at first.

"You know, it's almost like we started out goofing on it, and then sort of became it in a way," he said. In the same interview, the Beasties admitted they later changed sexist lyrics from the first album in later performances.

Licensed to Ill and other albums, including Paul's Boutique (1989) and Ill Communication (1994), are now hailed as classics for their adventurous production techniques, genre-mashing experiments and the cheeky — but more thoughtful — lyricism practiced by the three MCs. A lyric from Yauch on "Sure Shot," from Ill Communication, reflects the group's changes: "I want to say something that's long overdue / The disrespect to women has got to be through / To all the mothers and sisters and the wives and friends / I want to offer my love and respect to the end."

"As a younger man, he was very angry," Adler says. "As he went on, he got into spiritual pursuits [that] calmed him down and brought him peace."

Yauch co-founded the Milarepa Fund in 1994 and helped organize the first Tibetan Freedom Concert in 1996 to advocate on behalf of Tibetan independence. The Beastie Boys also led him to filmmaking: Under the pseudonym Nathanial Hornblower, he began shooting some of the group's music videos before starting Oscilloscope Laboratories, a film production company. In 2008, he directed a full-length documentary about street basketball called Gunnin' for That #1 Spot.

Diamond and Horovitz appeared without Yauch on Morning Edition in 2011 to promote Hot Sauce Committee Pt. 2, the Beasties' first proper album in seven years (the release of which was delayed during Yauch's battle with cancer). Speaking to NPR's Steve Inskeep, Diamond explained they were handling their friend's illness one day at a time.

"[We're] just holding on," he said. "He's obviously our lifelong best friend. You have to just sort of hope for the best."