Accessibility links
Doc Watson, Folk Music Icon, Dies At 89 : The Record The blind folk musician from North Carolina revolutionized not just how people play guitar but the way people around the world think about mountain music. He was 89 years old. 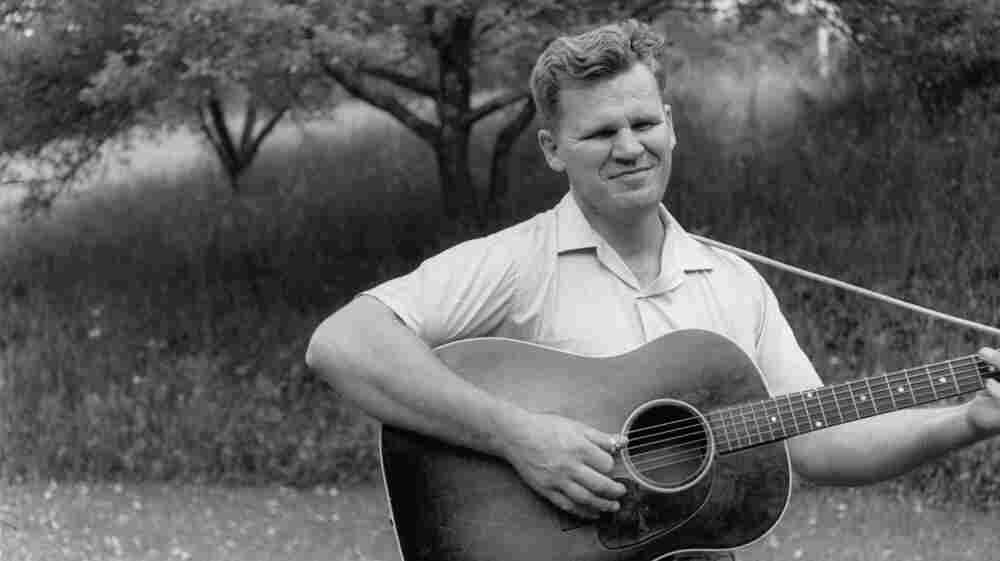 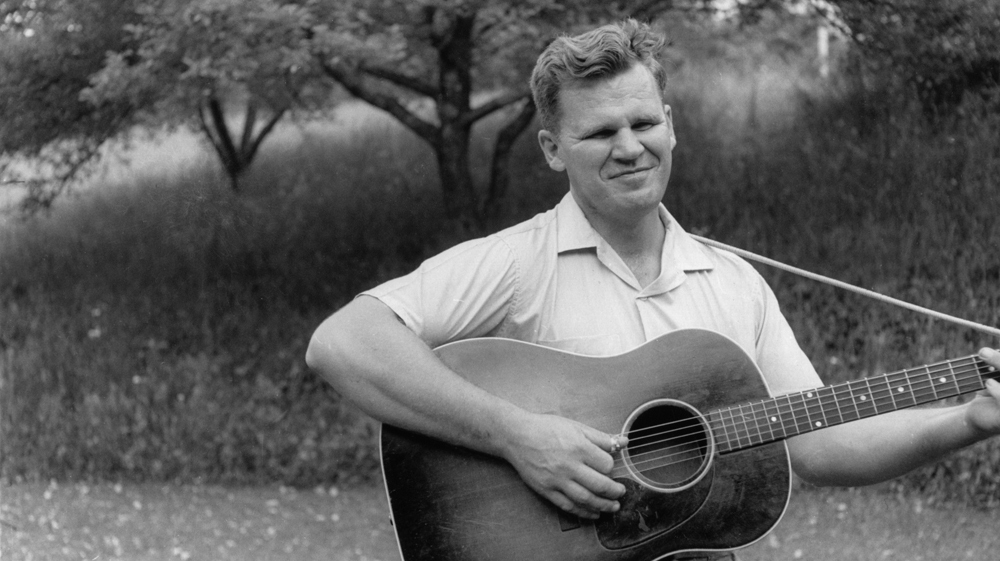 His manager said in a statement that Watson died at Wake Forest Baptist Medical Center in Winston-Salem, after abdominal surgery last week.

Watson was born in Deep Gap, N.C., in the Blue Ridge Mountains, in a three-room house he shared with eight brothers and sisters. He revolutionized not just how people play guitar but the way people around the world think about mountain music.

Watson went blind when he was only about a year old, from an untreated eye infection. He told WHYY's Fresh Air that he was only 11 when his father made him a banjo using the skin of an old dead cat.

"He brought it to me and put it in my hands, and said, 'Son, I want you to learn to play this thing real well. One of these days we'll get you a better one,' he said. 'Might help you get through the world,' " Watson recalled.

His parents made sure young Arthel Lane Watson had the tools he needed to face life without sight or money. His father traded a week's worth of pay at the sawmill for a hand-cranked phonograph that came with 50 records, including country, blues and jazz. Watson incorporated those sounds into the Appalachian music surrounding him.

He worked on his father's farm cutting trees and saved up enough to buy a mail-order guitar. He played on street corners and on the radio. In the 1950s, he started touring with a square dance band that lacked a fiddler. So Watson figured out how to play the fiddle parts on his guitar.

"Doc never played anything the same way [more than] once," says David Holt, who played with Watson for decades. "There was just something about his rhythm that was just so driving ... you could not not tap your toe. You just had to."

Holt says you could hear the determination of a blind, self-defined man in every note Watson played.

Watson was as good a singer as he was a guitar player. He completely inhabited the characters in the songs he sang.

A Smithsonian folklorist named Ralph Rinzler stumbled on Watson while looking for another musician. He ended up recording Watson in his living room in 1960. As Watson told NPR in 2002, Rinzler persuaded him to hit the folk circuit blossoming across the country at the time.

"I was skeptical," Watson said. "He said, 'Now you've got something to offer in the way of entertainment in the folk revival. We want to get you out there.' You wouldn't believe the lonesome trips I did on that old big Trailways bus all the way to New York all by myself."

Within a few years, Watson was joined by his son Merle, who eventually became an accomplished guitarist, too. But Merle died in a tractor accident in 1985. Watson, devastated, almost gave up performing.

"It was the night before his funeral," Watson said. "I dreamed that I was in a desertlike place so hot that I couldn't breathe. And it was like quicksand. I was up to my waist. And I couldn't move. And that big old strong hand come back and grab my hand. 'Come on Dad, you can make it.' And he got me out of whatever kind of thing I was in, out to where it was cool. It was sunshine, but it was cool. And I waked up and thanked the Lord that he sent him. Guess I better provide for my family."

Perhaps Watson's greatest contribution was fusing all of his influences in a way that gave audiences around the world access to the culture of the mountains of western North Carolina.