Accessibility links
Usher's Classic R&B Dances On The Cutting Edge : The Record The singer's new album, Looking 4 Myself, is soulful, dramatic, heartfelt and deeply danceable. Cloaked in the newest electronic textures, it sounds like the ultimate post-genre album at first, but its style is actually classic and ambitious. 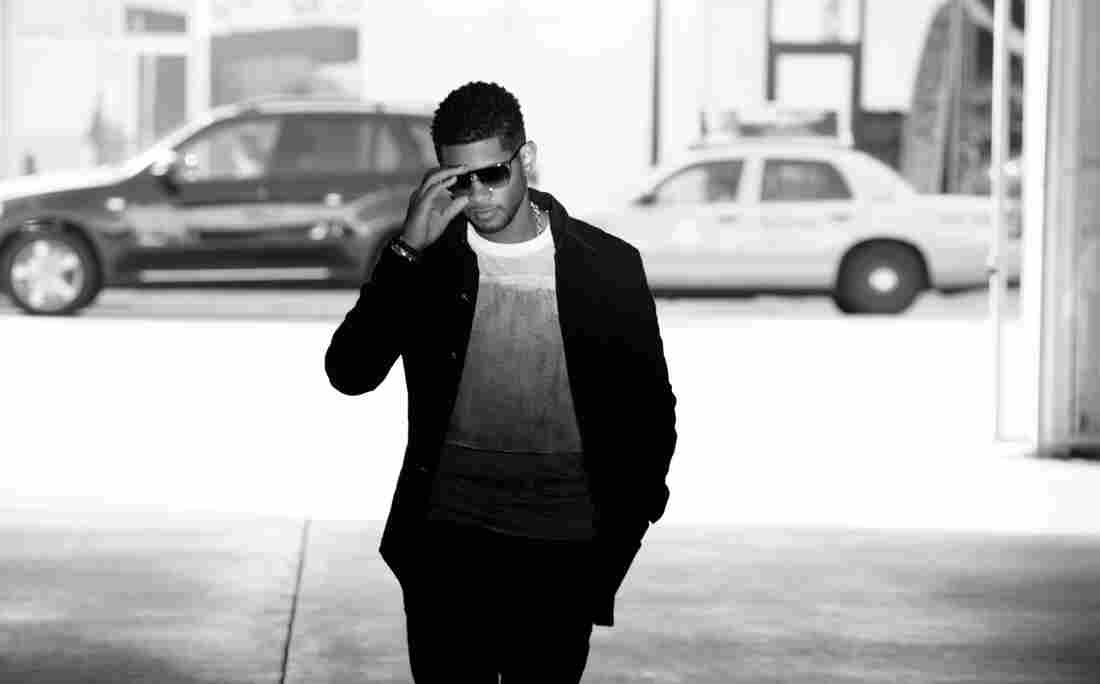 On Looking 4 Myself, Usher's seventh studio album, the singer works with producers to cloak classic R&B in cutting-edge sounds. Francesco Carrozzini/Courtesy of the artist hide caption 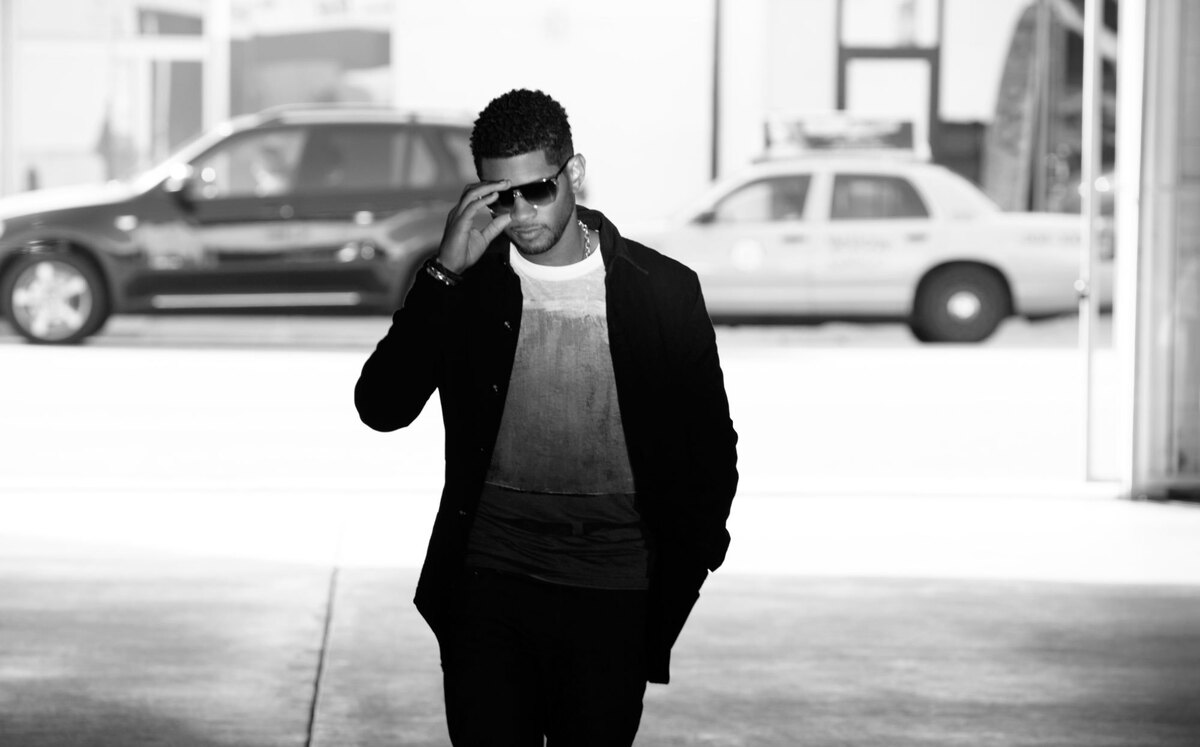 On Looking 4 Myself, Usher's seventh studio album, the singer works with producers to cloak classic R&B in cutting-edge sounds.

Francesco Carrozzini/Courtesy of the artist

Hear An Interview With Usher

The line on Usher's soon-to-be blockbuster album Looking 4 Myself is that it captures the veteran R&B crooner leaping over boundaries, Marvel hero style. Early reviews have noted the many genres the 33-year-old former teen star tackles, from the EDM he reportedly discovered dancing to Swedish House Mafia at Coachella, to indie electronica courtesy of Australian duo Empire of the Sun and emo rap courtesy of Drake's best friend, Noah "40" Shebib. Always a leader within the mainstream, Usher now wants to prove that he can do a toe stand on the cutting edge.

The first taste of what Usher himself dubbed "Revolutionary Pop" arrived in the form of a "Climax" — and it wasn't the kind fans might have expected from the guy who gave us the exhibitionist classic "Love in This Club." Its dirty video aside, "Climax" is actually a classic loverman's plea, transformed by 21st-century atmospherics provided by the composer Nico Muhly, who arranged the strings, and the producer Diplo, who dusted it with electronica. It's a great example of what really happens on the best tracks from this very strong album: not a radical move away from Usher's R&B sweet spot, but a reassertion of the core values that govern that rich musical style.

Those values include a commitment to sonic innovation, an embrace of new technologies and an urbanity that's always been as barrier-busting as anything rock had to offer. Looking 4 Myself is solidly soulful, dramatic in all the right places, heartfelt, deeply danceable, sexy: in a shiny new package, it's classic R&B.

In a project full of partnerships with fashionable pop savants, Usher makes sure to show how the now sounds of those trendsetters are rooted in disco, house, even quiet storm. On his album, he works to bring worlds together, not leave one for the other.

The influences Usher and those various producers mine are the cool forward thinkers who have previously taken the genre in new directions. Any fan of Maxwell hears that master of ambient soul in the grooves of "Climax," while the memory 1980s electro-smoothies like Keith Sweat surface in some of the album's ballads. "What Happened 2 U," the track featuring Shebib, starts with a delicate flurry that Janet Jackson would love. Though it's sonically different, the dramatic narrative unfolding in the funky Salaam Remi track "Sins of My Father" is so reminiscent of Michael Jackson's "Billie Jean" that it can't be an accident. The retro-soul he and producers the Neptunes copped for "Twisted," already has the cool kids in New York City doing mashed potato. And then there's the Prince influence, which leaves its mark on the album's most playful pop cuts and its chilliest freakfests.

Identifying the R&B sources on Looking 4 Myself doesn't diminish the impact of Usher's risk taking. As a powerful force in the pop mainstream — the man who brought America's tweens Justin Bieber — Usher not only has the budget to keep making himself relevant; he wields the kind of influence that helps define what relevance looks like. His recent talk about creating a new musical genre is so much vanity — he's behind Beyonce by a year, for one thing — but the sound of Looking 4 Myself belies his words.

When I talk with serious music fans these days, I consistently hear the term "post-genre." There's a feeling that the rise of the playlist and the influence of the generation that grew up on hip-hop's sample-based eclecticism has broken down the division among different communities of music makers and listeners. The state of genre-based music cultures, and the need for genres, is a matter to be debated at length elsewhere. But what Looking 4 Myself gives the pop world, besides many excellent songs that will have us dancing and karaoke-ing along for years to come, is a strong assertion from a young soul lion that trying something new does not require abandoning your roots.