Accessibility links
XL Recordings: A Record Label With The Midas Touch : The Record Tiny XL Recordings, the home of Adele, Vampire Weekend, the XX and just a few more, has become among the most relevant record labels in the world while releasing just a few albums each year. 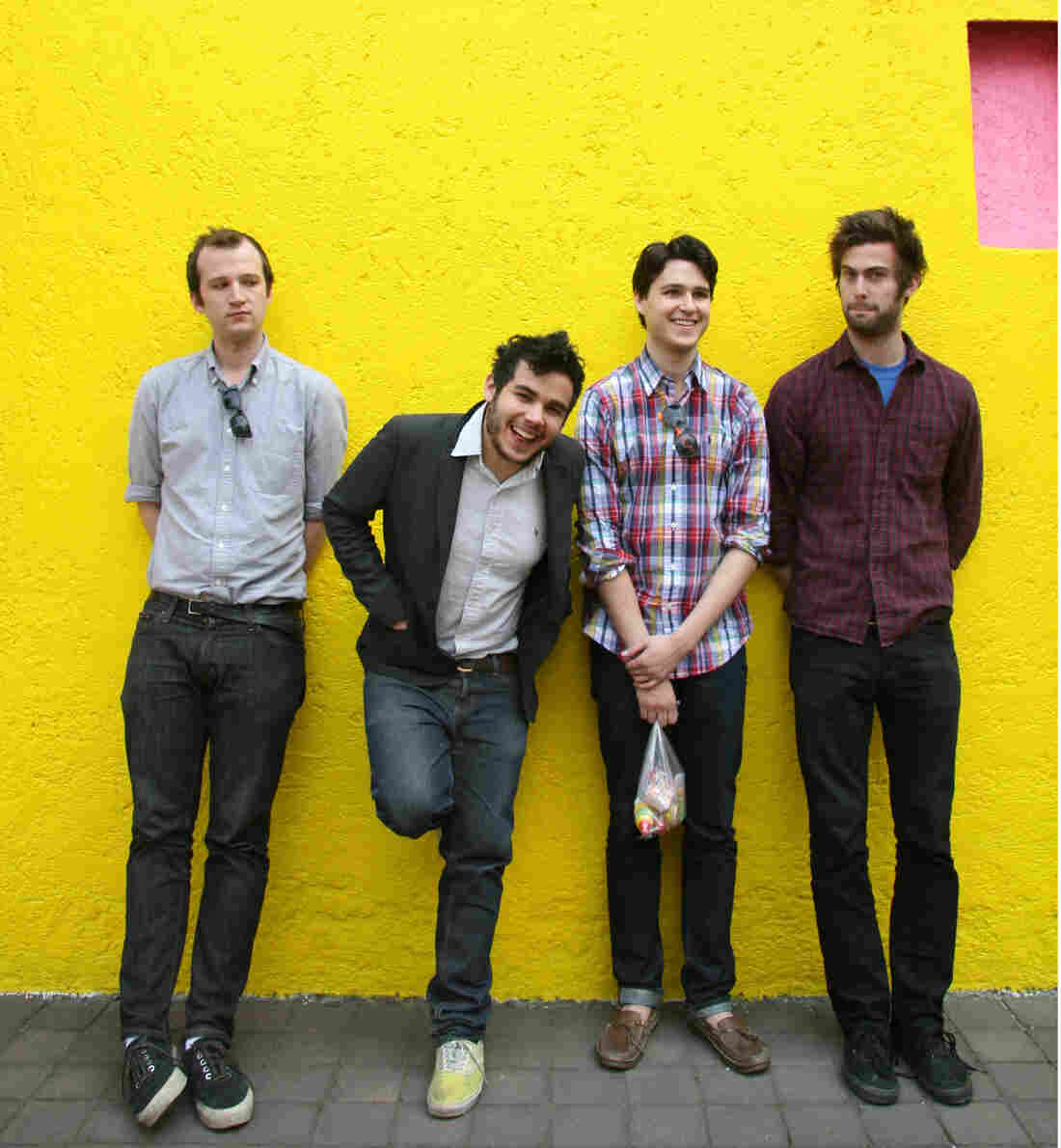 In the past 15 years, Richard Russell, the owner of the British independent record company XL Recordings, has shepherded his label to more than its fair share of industry success.

Last year the label saw its greatest heights yet, though to be fair, no other label climbed anywhere near as high. That's because 2011 was the year of Adele, and XL is the singer's home. (In the United States, Adele's albums are promoted and distributed by Columbia Records, but she is signed to XL worldwide.) 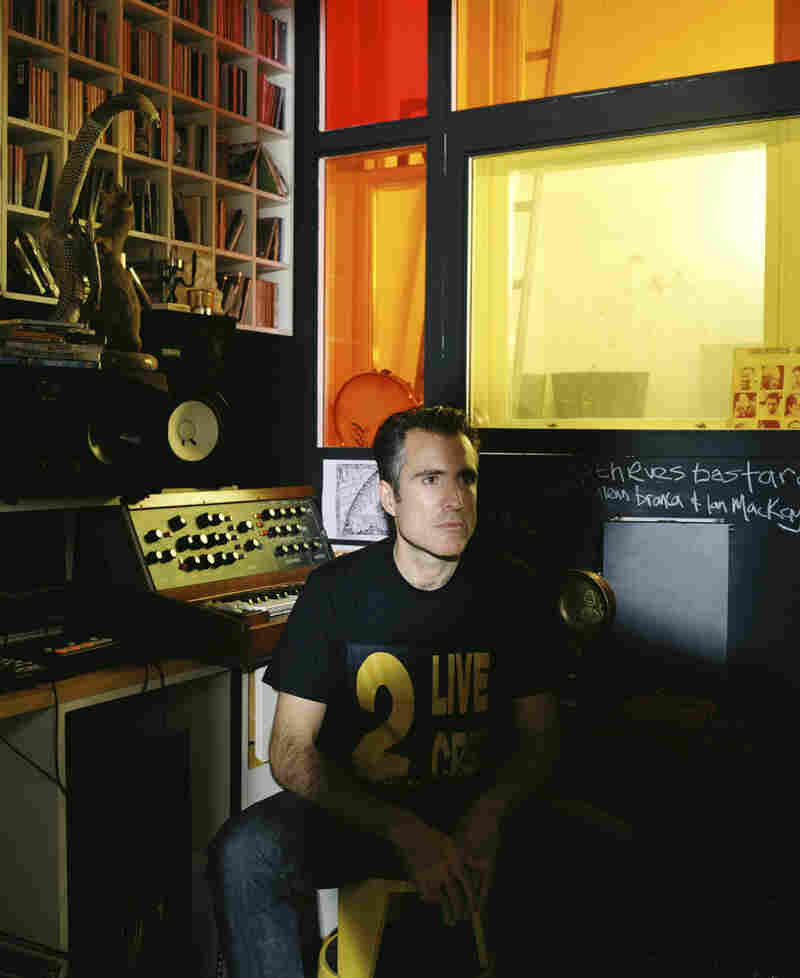 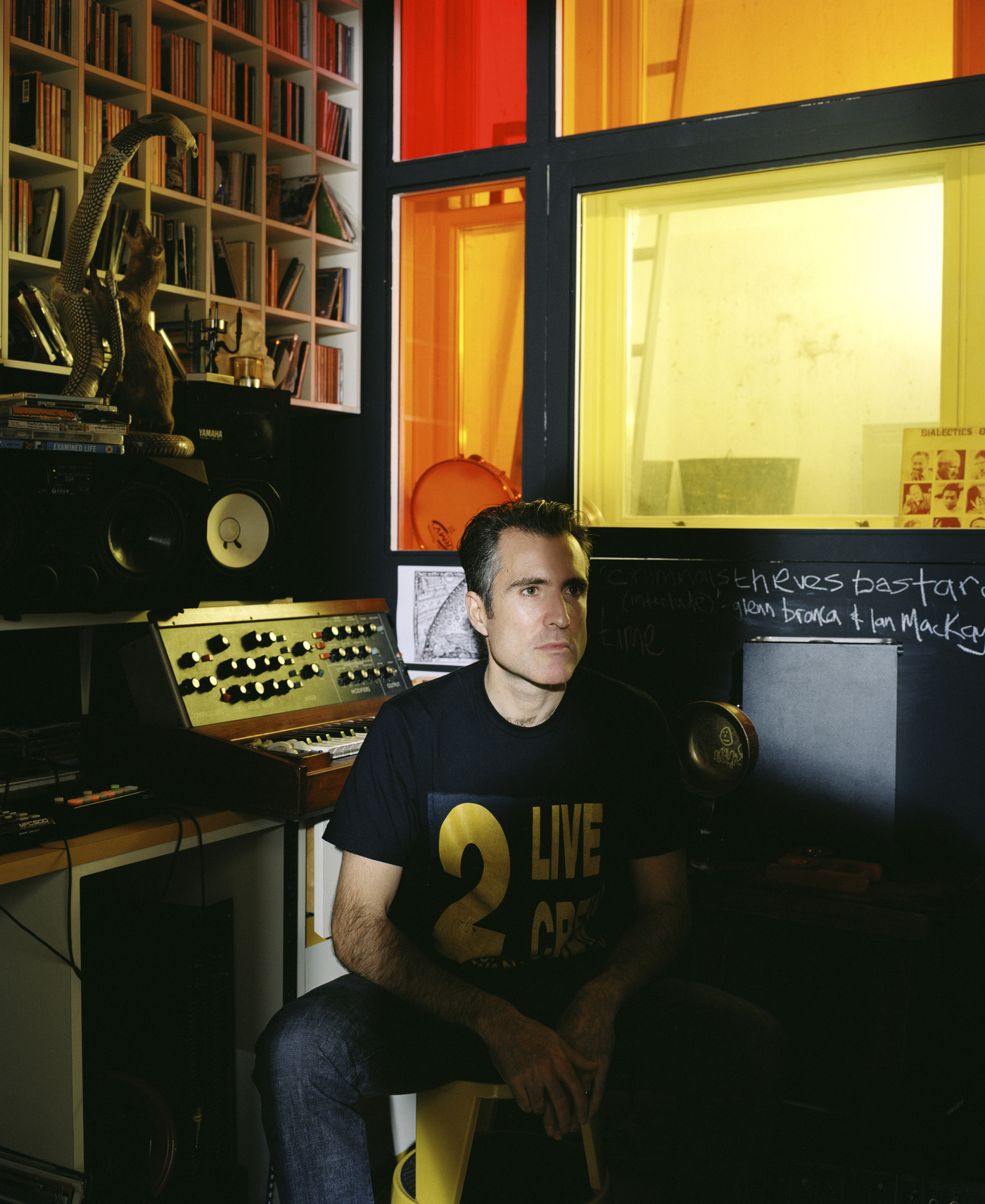 Leon Chew/Courtesy of the artist

It's not the first time Russell has seen an act on his roster burst onto an international stage. In 1997, The Prodigy scored a No. 1 album on the Billboard 200 with The Fat of the Land, and was part of a wave of "electronica" that swept across the Atlantic from England in the late 1990s.

The path from The Prodigy's aggressive electronic beats to Adele's soaring pop vocals was built slowly, but for Russell, the secret to running a good record label comes down to three simple elements that remain central regardless of genre.

"The music's got to be great, it's got to be sold as well as possible, and everyone's got to get paid," he says.

Russell, though, does everything he can to avoid thinking about the second and third elements.

"I think if I had to be involved in those other things I would stop doing the job. Because that's why I sort of did this in the first place," he says.

Russell started XL in 1989 to put out 12-inch vinyl singles for rave DJs. The Prodigy was one of the first groups released by the label. In the decade after the electronica fad passed, XL diversified. It put out records by electronic-tinged folk singer Badly Drawn Boy, cartoonish dance music producers Basement Jaxx, rapper Dizzee Rascal, pop provocateur M.I.A. and garage duo The White Stripes.

Last year, Adele's 21 topped them all. It spawned three chart-topping singles, won six Grammys and hasn't left the Billboard Top 10 in 67 consecutive weeks. Not a single record released in the past seven years has sold more copies.

Mention these stats to Adele's labelmates Ezra Koenig and Rostam Batmanglij, of the New York band Vampire Weekend, and the pair can only chuckle and mutter an awed reply. "That's crazy," Koenig says. "Who would have thought that?"

His own band is no slouch. Vampire Weekend signed to XL in 2007, and three years later had a No. 1 record of their own with Contra. But Koenig says XL's British office is the furthest thing you could imagine from a major label operation.

"I mean, their office in London is literally an old house," he says. "So when you walk in you're in this cozy house, and it's like, there's stuff all over the walls and like little murals. And it's very communal, and Richard has this very big, kind of personally decorated office, but people are always having meetings in there and hanging out on the couches."

Vampire Weekend was signed to XL by Kris Chen, who runs the label's U.S. operations. Chen, a 40-year-old indie label veteran, has been with XL for six years, and is charged with the two parts of the label's success of which its owner steers clear. Making sure albums sell well and that everybody gets paid would be a challenge, especially since Chen's full-time staff includes only three people — but for the fact that XL is part of Beggars Group. That company also includes three other independent labels — Rough Trade, 4AD and Matador — that share an office in downtown New York City as well as 29 more employees who shoulder the collective workload of manufacturing, distributing and promoting releases from all four labels.

XL's streak of notable releases has continued — the rapper Tyler, the Creator and quietly buzzy electronic trio The XX are two of the label's newest young signings — and is made even more remarkable by the fact that the label puts out so few releases each year. With successes like Adele and Vampire Weekend, XL could theoretically hire more staff of its own and put out more records, but Chen says there are no plans to do so.

"It is a better result to devote the maximum time possible to the fewest number of records," Chen says. "So I think for 2012 we maybe have five records."

That helps XL give each release the attention it deserves. "We treat each artist like a separate business," Russell says, adding that he's drawn to artists with strong personal visions, who don't necessarily need XL in order to succeed. This approach has made XL appeal to musicians at drastically different levels of mainstream viability.

At the opposite end of the spectrum from Adele sits the label's latest signing, a singer-songwriter named Willis Earl Beal whose first album, Acousmatic Sorcery, is the sort of extreme lo-fi project that seems destined to be obsessed over by a few fans. But it draws big names too — in England, both Jack White and Radiohead released their latest albums on XL. M.I.A. was big enough that the label partnered with Interscope, a major label, to put the record out in the U.S. 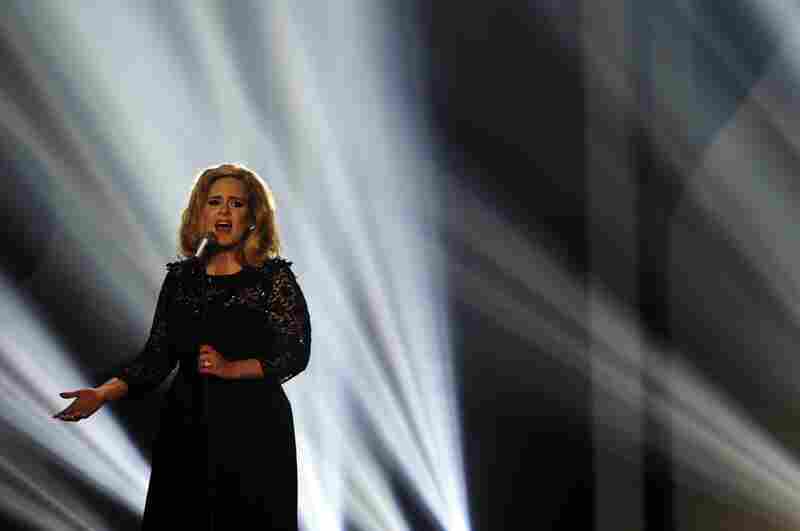 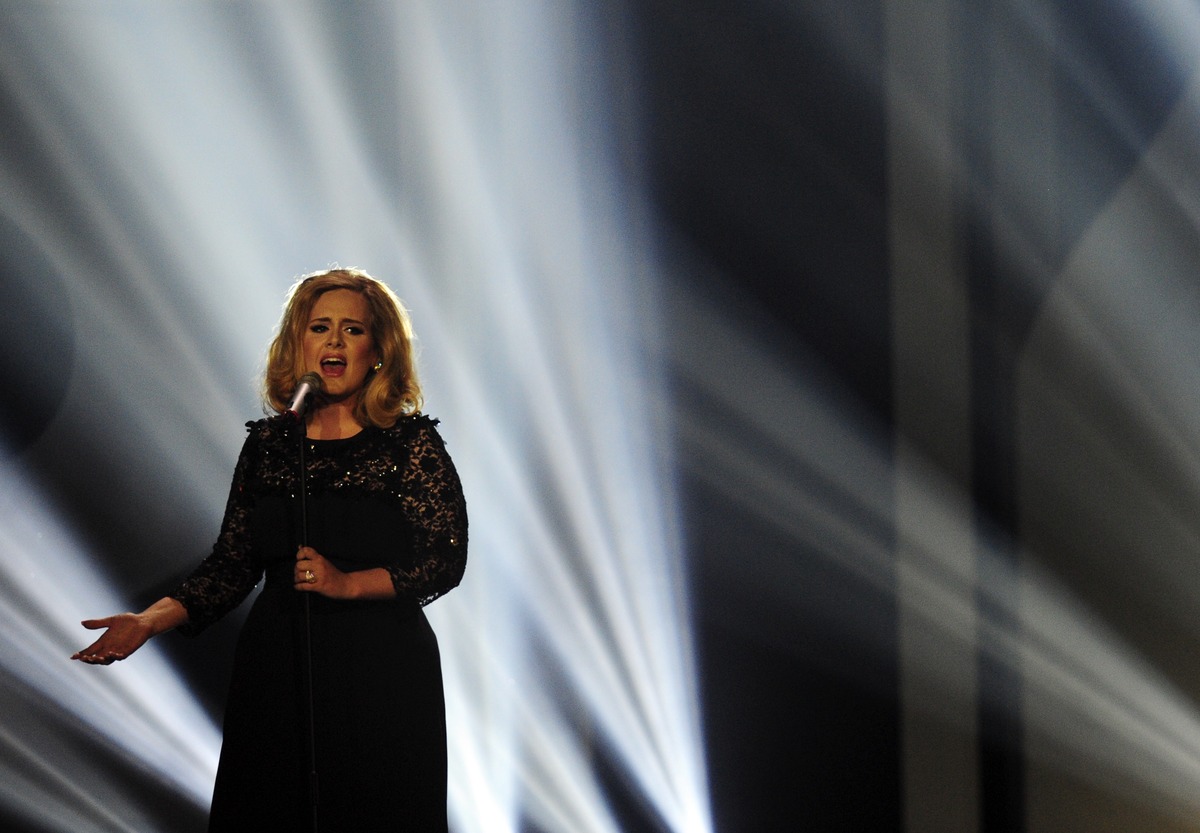 XL took that same route with Adele. The label released her first album, 19, by itself in England, but for the U.S. market, which is much larger, they signed a distribution deal with Columbia Records. Chen says not to do so would have held Adele back.

"Radio is perhaps one of the toughest worlds to play in, and we have a small radio department," he says. "And someone like Columbia simply has more records that work in a commercial radio world."

That same philosophy — know your limitations, work with people who can do things you can't, and let them do their job — extends to the label's musicians, according to Vampire Weekend's Rostam Batmanglij.

"Richard is a producer himself, so the idea that he would tell a band what to do, I think he would find that as ridiculous as anyone. He believes in his artists' creativity, and I think that is the secret to XL's success," Batmanglij says.

Lately, Russell himself has been spending as much time as he can actually making music. A few years ago, Russell decided he'd like to hear a new Gil Scott-Heron record. So he convinced the musician to go into a studio, where he produced Scott-Heron's final album. Then last summer, Russell recorded an album in the Democratic Republic of Congo with Damon Albarn, of the bands Blur and Gorillaz. Albarn had previously worked with the gospel and soul veteran Bobby Womack, and the three men decided to go into a studio to see what they could come up with.

"We were able to sort of create a feeling and create ideas, and we were writing and recording like that," Russell says. "But while we were doing that, I think we were also hitting on a sound, which was the combination of the live instrumentation with the drum machine."

The result is Womack's first album of new material in 18 years, The Bravest Man in the Universe, which comes out next week on XL.

"The label is an artistic endeavor for me, and often that endeavor is to do with creating a platform for other people to be artistic," Russell says. "But the right platform."

That includes musicians without as much experience as Womack or as much mainstream success as Adele or Vampire Weekend. The British electronic producer Jai Paul was signed to XL in 2010 on the strength of one song he posted on his MySpace page. Two years later, he's released just one more song. Both singles attracted the kind of attention online that would make another label drool with anticipation. But Richard Russell isn't worried about Jai Paul's pace.

Wherever that happens to be, XL's small army seems likely to be ready.