Accessibility links
My American Dream Sounds Like Nina Simone : The Record Salamishah Tillet explains why Simone's pursuit of a life without fear still gives us all — musicians and fans alike — something to learn from. 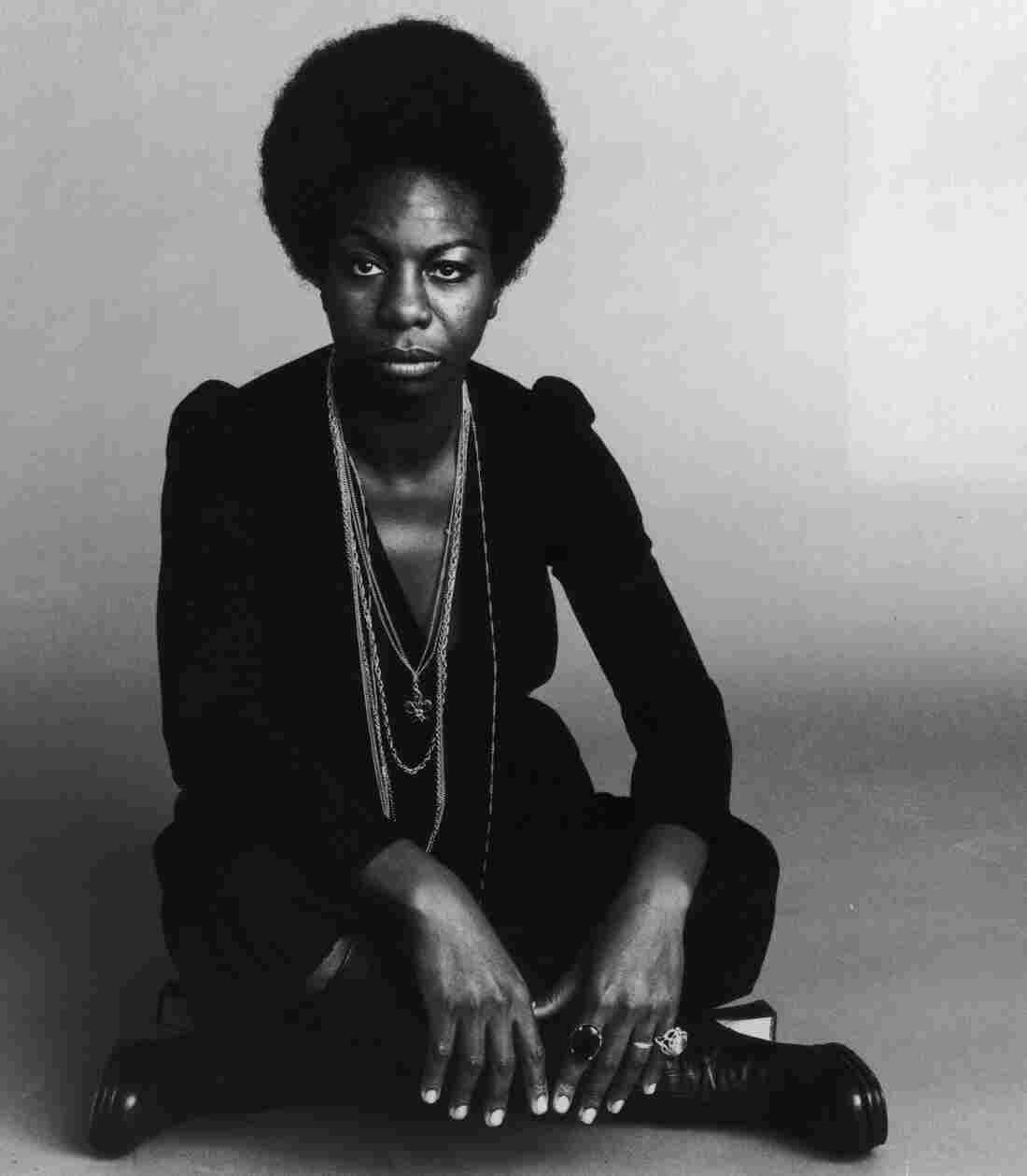 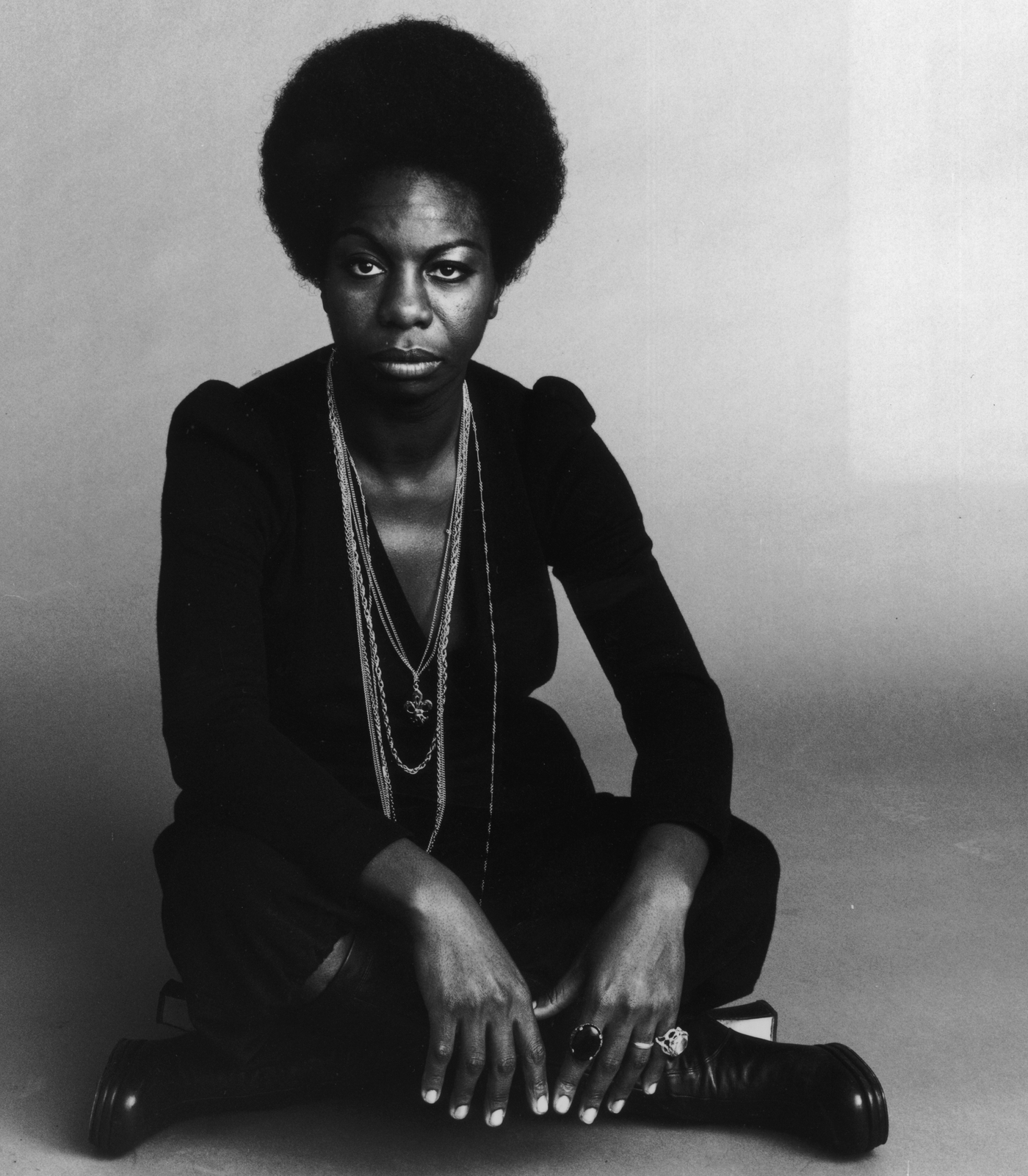 I discovered Nina Simone through the back door. I would like to claim that I grew up on her classic songs, like "Don't Let Me Be Misunderstood," "Four Women" and "Mississippi Goddam." But I didn't. Like so many of my generation, I found her through hip-hop loops and samples.

Beginning in 1996 with Fugees member Lauryn Hill's famous reference on "Ready or Not," I followed Simone's voice as hip-hop artists invoked her. And she was everywhere, from Mos Def's indicting "Rock N Roll" to Kanye West's insistent sampling of her voice and piano riffs on all but two of his albums, to the cover of "I Wish I Knew How It Feels to Be Free" by John Legend and The Roots on their 2011 Wake Up! album and of course Jennifer Hudson belting "Feeling Good" in Weight Watchers ads.

Artists as wide ranging as Alicia Keys, Antony and The Johnsons, Lil Wayne, Adele and Michael Buble find inspiration in her voice, a dusky contralto in which we can all locate some parts of ourselves. As open as it is daring, as full with possibilities as the American dream itself, it was produced not from the gut, as musicologist Guthrie Ramsey writes, but from the head.

Simone's mix of headiness and haunt, lyrical boldness and political bombast makes her the hero of our hip-hop generation. We look to her as our muse; we listen to her because we want to know what freedom sounds like.

Flashback. The time is 1969 in New York. Donning a short afro, bamboo earrings and a West-African batik-patterned dress, Nina Simone sits in her living room for a documentary interview. The question posed: "What does freedom mean to you?" She starts off causally and impersonally and in a split second turns dead serious, she confesses, "I'll tell you what freedom is to me — no fear! ... If I could have that half my life, no fear." She goes on: "It is something really, really to feel — like a new way of seeing."

It would take two years for people to see this interview, when it debuted on The Great American Dream Machine, a weekly television broadcast on PBS from 1971 to 1973. Simone's appearance on the show was not unusual for The Great American Dream Machine, known for its experimental satirical format and its radical politics. What was new, however, was its tone. The show was dedicated to revealing the increasing gap between the 1960s promise of social equality and its present-day failure to put that into practice. Gone was the youthful optimism of civil disobedience and the activism of the civil rights freedom marches. Riots had broken out in Detroit, Newark and Watts. The war continued to rage in Vietnam. Red Power, Black Panthers and Brown Berets struck a more defiant message. The times demanded radical action, an impassioned belief that freedom struggle lived on, even if many of its leaders did not.

The American Dream Machine's segment ends with Simone's cover of "I Wish I Knew How It Feels to Be Free," a gospel-infused tune written and first recorded by Billy Taylor in 1963 that she recorded a year before the assassinations of Dr. Martin Luther King, Jr. and Robert Kennedy in 1967.

In her hands, Taylor's song becomes part prayer, part prophecy. Here, Simone lengthens the song until it feels like the whole room is ready for it to be over. Her ad libs themselves invite the audience to join her, transforming her singular mediation on freedom into a communal desire. While Taylor's version brings us to church, Simone brings the church to the streets. This difference is as subtle as it is important. Taylor invokes an African-American sacred song tradition — 19th-century spirituals that could only sing of a heavenly versus an earthly freedom.

Simone, on the other hand, transposes Taylor's original into a group-participation song more suitable for a protest march than a Methodist pew. But instead of stripping down the musical accompaniment, she revved it up, inviting more and more people to bring freedom down to earth. 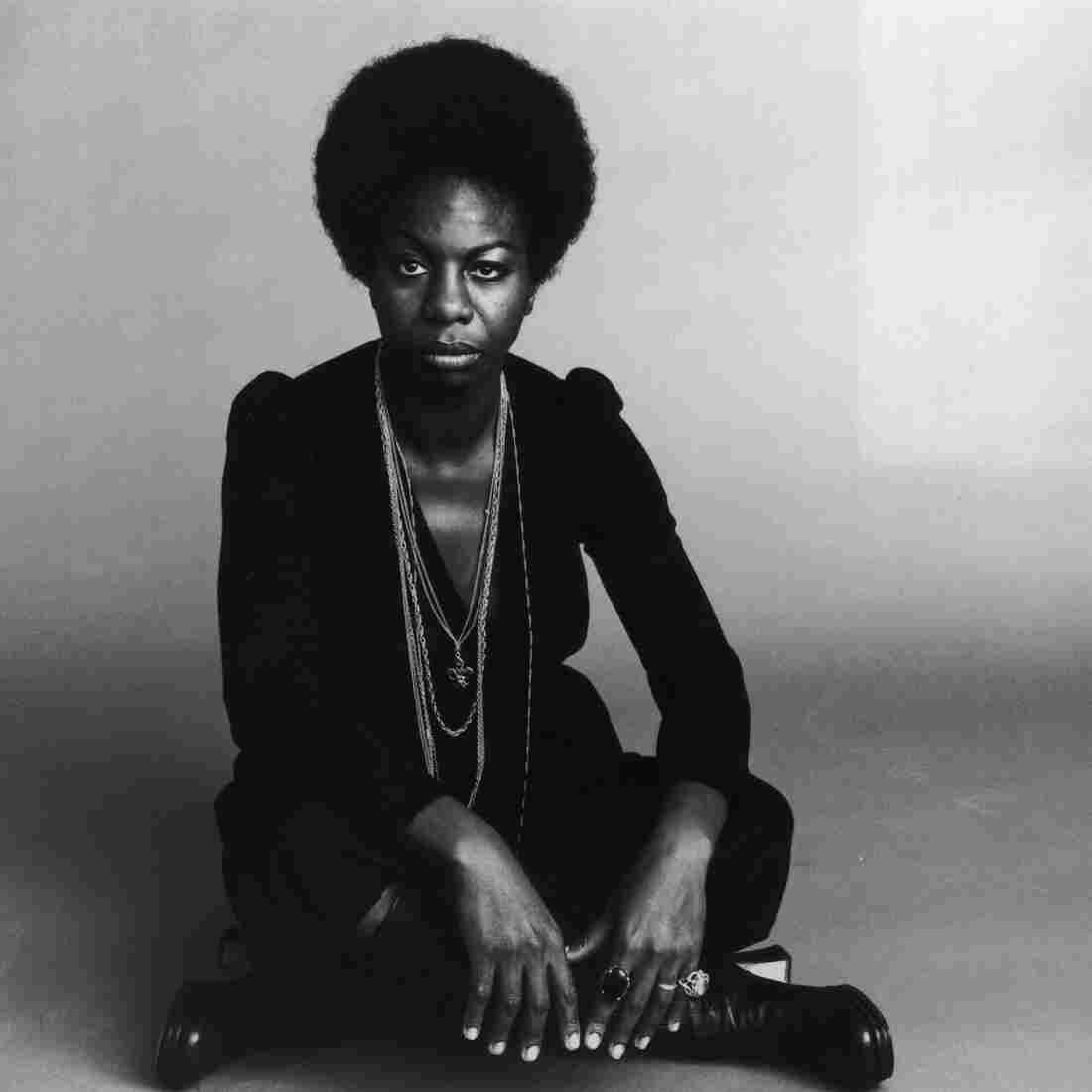 Listen: Nina Simone, "I Wish I Knew How It Would Feel to Be Free"

I Wish I Knew How It Would Feel to Be Free

As her background singers repeat "I wish I knew," Simone fills in the gaps with her own versions and visions of change. The audience screams and sings along because they too know how fragile this dream has become. For a few seconds, audience, band and Simone become one — and the dream is heard.

It is this commitment to freedom — in sound and place — that marks and makes Simone into her own genre. Not limited by her race or gender, she actively refused to be boxed into one musical category: she added Bach fugues to jazz standards, would cover Billie, Duke and Dylan in one set, and sometimes sprinkled a little Belgian pop or Trinidadian calypso into her repertoire, just to show that she could.

In "Mississippi Goddam," a show tune turned protest song — an elegy to Medgar Evers and the four little girls killed in the bombing of 16th Street Baptist Church in Birmingham — Simone warned America: "Lord have mercy on this land of mine / We all gonna get it in due time / I don't belong here / I don't belong there / I've even stopped believing in prayer."

As she desegregated sound, she also fought for the end of second-class citizenship for African-Americans by headlining civil rights fundraisers and going down South to join the famous Selma to Montgomery Marches in 1965. Her sonic radicalism not only modeled her virtuosity and musical dexterity, but also was the blueprint of her social ideal.

In the forward to the paperback edition of I Put A Spell On You, the singer's 1992 memoir, rock music critic Dave Marsh reflects "Simone made art about wanting to live like a free person. This certainly didn't mean to live — or sing — like a white person or for that matter, an American. It meant living and singing like a person who not only counted on the promise but lived in the actuality of the American dream."

Her music, as alluring and open as democracy itself, reconciled the divisions between artist and activist, protestor and patriot, and African-American citizens and their country. Living in exile for the rest of her life, Simone never found full freedom here in the United States. It was on stage and in sound that she bridged our chasm between America's promise and its racial reality.

And yet this year, the dream seems as elusive as ever. As we live in the historic moment of the first African-American president, we mourn the murder of the African-American teenage boy, Trayvon Martin. The former is reason for the American dream to remain on our horizon of racial redemption. The latter is a reminder of far we still have to go, a time travel back to the funerals of the children Simone elegized: Emmitt Till, Addie Mae Collins, Denise McNair, Carole Robertson and Cynthia Wesley.

Today, Simone's voice is everywhere. But that's only because everywhere we go, we still need to hear it.

Salamishah Tillet is an assistant professor of English and Africana Studies at the University of Pennsylvania and the co-founder of the art-based non-profit organization, A Long Walk Home. She is the author of Sites of Slavery: Citizenship and Racial Democracy in the Post-Civil Rights Imagination (August 2012) and currently working on a book on Nina Simone.