Accessibility links
My American Dream Sounds Like Woody Guthrie And Lila Downs : The Record In her interpretation of his songs we hear the way we all maneuver through more than one culture. 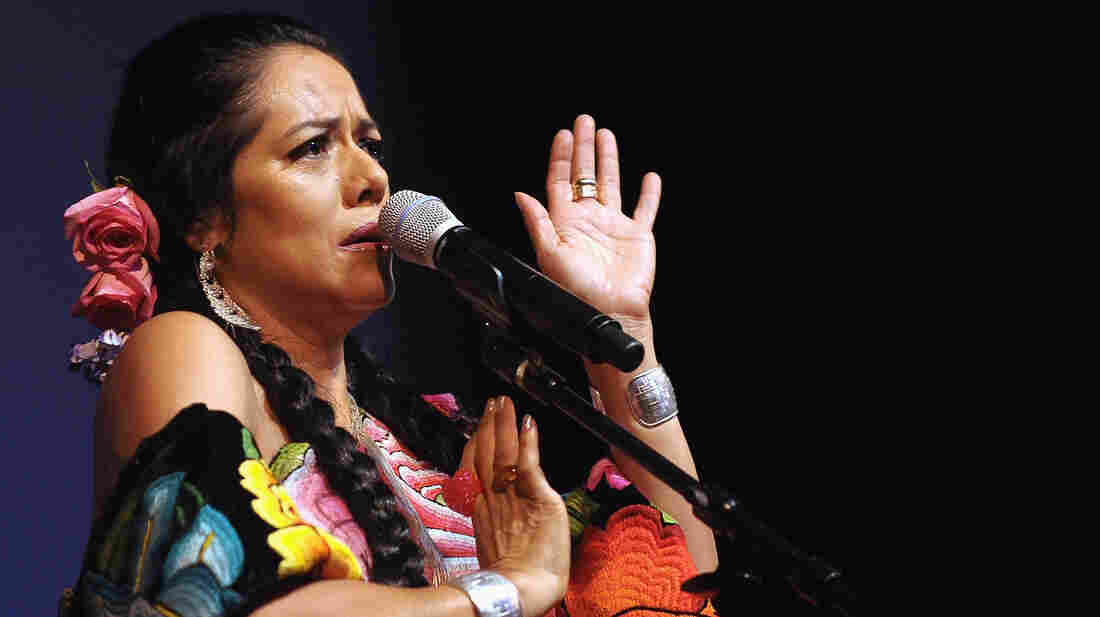 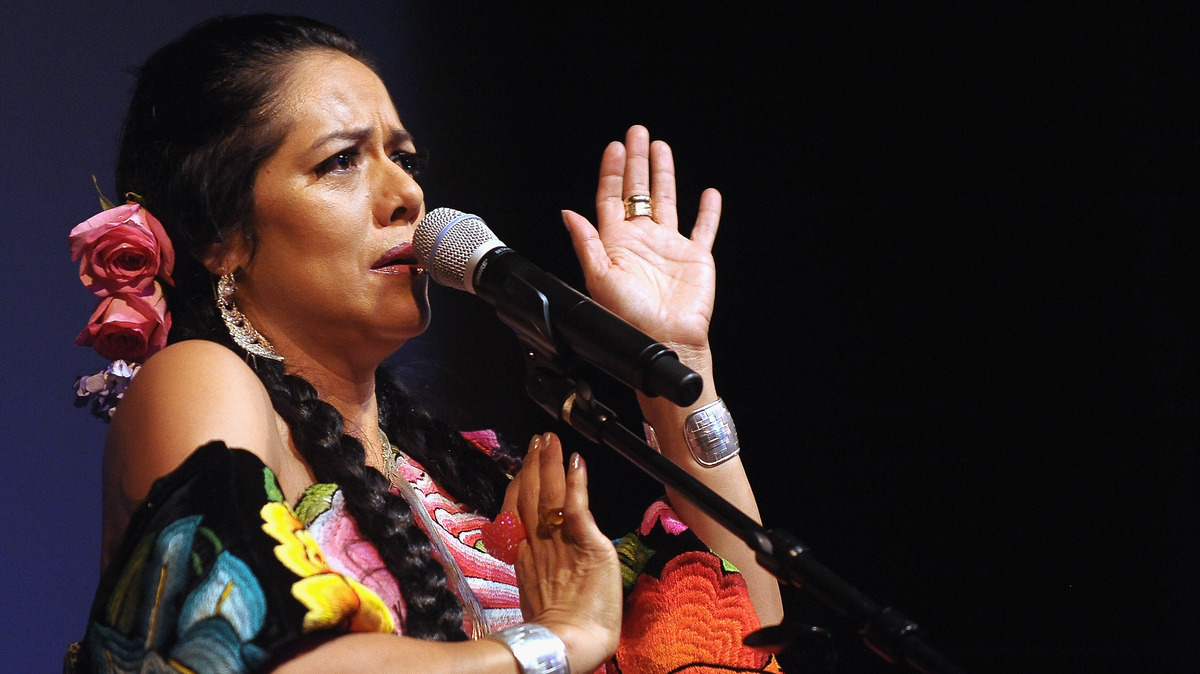 The song that sounds like my American Dream is "Pastures of Plenty," a medley of Woody Guthrie tunes interpreted by Lila Downs.

Downs is a bilingual and bicultural musician who grew up between Minneapolis and Oaxaca. Guthrie was an Oklahoma-born songwriter who lived and played all over the U.S. Through her, his song indirectly reflects the realities of many of our lives as we constantly maneuver through more than one culture.

Every line of the medley echoes mixed sentiments about the American Dream as it exists today. Guthrie's lyrics were crafted in the last century, when our country was mired in economic difficulties. His songs gave faces and names to individuals who then, and now, toil in the background — packing our products, operating the machines in our factories, building our roads, harvesting our crops — difficult and often unpleasant tasks.

Guthrie and Downs ask, "When did you come to America, the free? Who are your ancestors, what is your creed?" We have chosen 1776 as the birth year of this nation, but our land and its culture have been shaped by indigenous peoples present many centuries before then, as well as the Spanish or Mexican or French inhabitants we annexed and all those who arrived later. As we develop as a nation and continue to define ourselves, whom will we choose to count as "Americans"?

And who will have the right to the American Dream? For so long, this has been a dream that even non-Americans could hold dear in their hearts. You could, living south of this border, look hopefully to el norte, where you might be offered the opportunities denied to you in your own country because of race, or family background, or political strife and war. You could imagine a time when working hard would actually make a difference to your life and to your children's.

It is a testament to the power of the American Dream that so many — even those not necessarily welcome here — have lost their lives defending it. As the song says: "And this land I'll defend with my life if need be, because my pastures of plenty must always be free."

Here in this beautiful and often generous land, we celebrate Cinco de Mayo more enthusiastically than the country of the holiday's origin does. We delight in our cities' ethnic neighborhoods and cuisines and festivals. Our art and literature are created by many whose heritage transcends our political borders. In exchange for sharing the American Dream we have reaped not only the benefits of people's labor but, much more importantly, we have received the gift of their cultural riches.

At the heart of the American Dream lies precisely the wonder that so many different kinds of voices proudly sing the chorus of this medley, "This land is your land, is my land, is our land."

Catalina María Johnson is a Chicago-based music journalist and radio host and producer. Thanks to the efforts of two university professors who firmly believed in the benefits of bilingualism and biculturalism — a mother from Mexico and a father whose parents were German and Swedish — she grew up between two cities named St. Louis, one in Mexico and one in Missouri.