Accessibility links
Springsteen's American Dream, Beautiful And Bleak : The Record Ann Powers says her infatuation with The Boss grew into adult respect for the strivers in his songs. 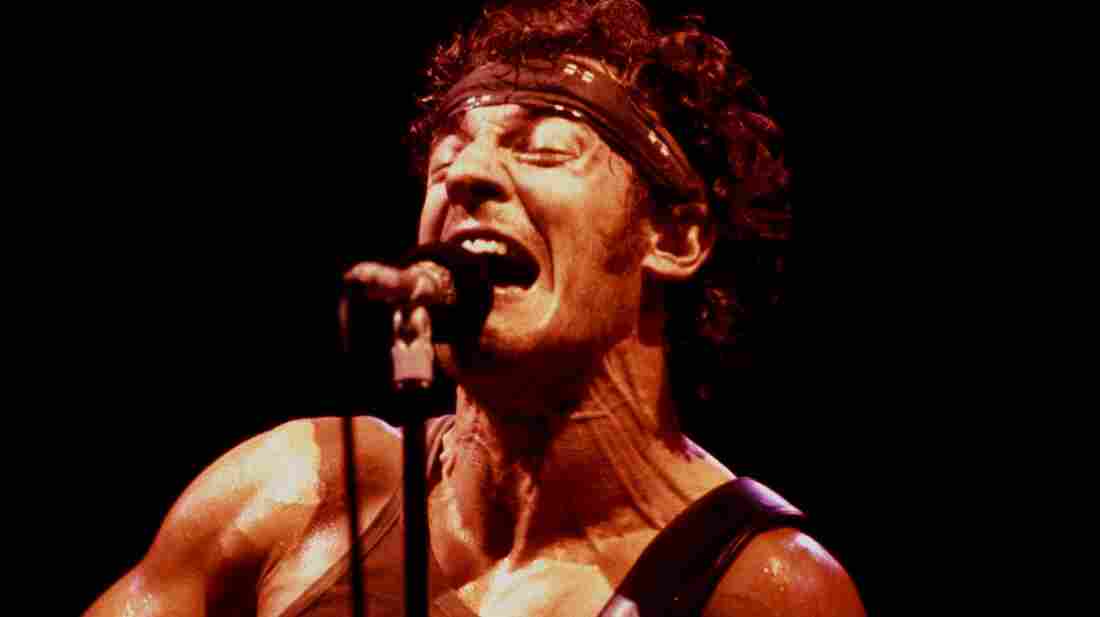 Bruce Springsteen onstage during the Born in the USA tour in 1985. Richard E. Aaron/Redferns hide caption 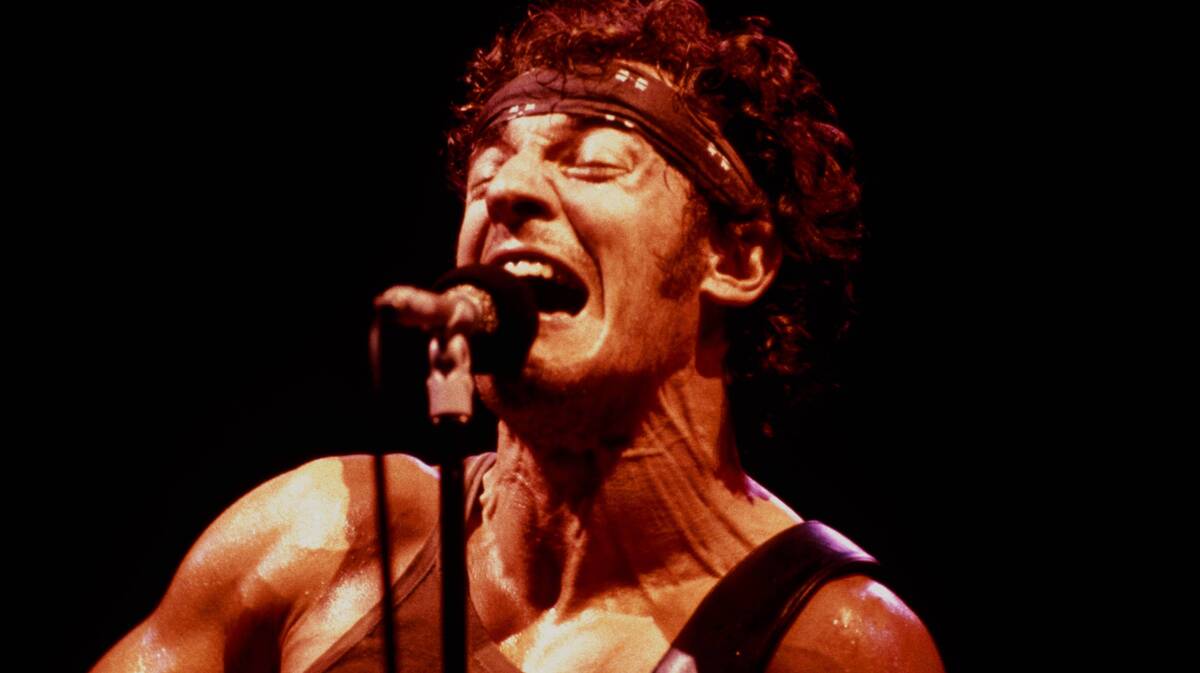 Bruce Springsteen onstage during the Born in the USA tour in 1985.

I fell in love with Bruce Springsteen for his swagger. It was ridiculous and offered so much hope. Here was a bony dude with the worst haircut ever, who wore T-shirts covered in holes — seriously, he looked like the fry cook at the amusement park where I worked as a counter girl in the summer — making music as big as the known universe.

Springsteen's music laid a party-crasher's claim to the rock canon the punk bands I loved were blowing apart. It invited me into a club that had previously seemed closed to newcomers after Woodstock. And the lyrics! I read them fastidiously, getting soda stains all over the gatefold sleeve of Born to Run, amazed to find ideas that I'd mostly confronted in arguments with my dad — about patriotism, the importance of family, the power of tradition — suddenly becoming irresistible.

Springsteen's description of a perfect life that could never really be attained, but which might momentarily feel real while you wildly pursued it, made a lot of sense to my generation. We were too young to trust either the picket-fence promise of mid-century America or the countercultural insistence that the system could be fully dismantled and remade. We watched Carter's energy crisis slip into the Reagan recession, and tried to figure out how to be adults in the wake of the disappointments both our parents and our older siblings endured. The dreams Springsteen howled about in his anthems was reckless enough to entice us without seeming like lies. They were impossible dares, and that's why they seemed realistic.

Yet as many writers on Springsteen have noted, the freedom cries of Springsteen's anthems have always been countered by his many ballads about sorrow and disappointment. I might have first fallen for the Bruce who called for his girl to jump into his rebuilt Chevy and ride wild on Thunder Road, but I learned something more important from the one who, just a few years later, took his wife down to the river where they'd first fallen in love — a river now as dry as their shriveled ambitions, but somehow still able to nourish them. Though Springsteen himself has said such songs are about the failure of the American dream, and the trap it creates for working people in an economically unjust society, I get something else from songs like "The River." I heard the sound of people convincing themselves to keep going anyway.

For me, Bruce Springsteen's meditations on missed opportunity and regret say more about the American dream than do any of his shout-along party starters. Partly it's because they're so beautiful. Even when painting the bleakest picture — the brutal monotony of factory work or a fatal car crash or a petty criminal who can't stay out of prison — he approaches his subjects with unflagging respect; arguably, he lends them too much dignity. Just listen to his theme song to the 2008 Mickey Rourke vehicle The Wrestler to hear how Springsteen's poeticism can make you want to cradle a total miscreant tenderly in your arms. In songs like this, Springsteen shows that no matter how many wrongs a person endures or inflicts, somewhere inside, something renews itself and keeps you going — even if that thing is just the stubborn unwillingness to sweep away the beliefs that reality has crushed.

This view of the American dream accepts an uncomfortable truth: that it can't truly be fulfilled. Some of the reasons for this are tied up in political and economic realities — addressing them, as Springsteen has done in songs from the 34-year-old "Factory" to "Jack of All Trades," released just this year, make him a protest singer. Other reasons are existential, and in either case, most people work to find ways to cope. They fool themselves. They embrace melancholy. They tell themselves that they'll make it through December. "At the end of every hard day," Springsteen himself put it, "people find some reason to believe."

Springsteen's fascination with how people survive connects his American dream to a rich musical lineage that included both rhythm and blues, which taught him how to make pain exquisite, and later to country music, which helped him understand that stories about coping could be as powerful as fantasies of escape. But it complicates his stance as both a rocker and a political artist.

Classic rock and protest music both tap into the human craving for transcendence: Each seeks to lift listeners out of their limited circumstances, if only for a moment, and help them imagine a better world. Springsteen can do this, but he always goes back to the world that people actually live in. In that world, dreams crash and build and crash again, like waves bashing into a New Jersey pier.