Accessibility links
You Can't Always Get What You Want: On Music And Expectation : The Record New album releases are a little like birthdays: what you hope for isn't always what you get. But being aware of your own expectations can help you listen to music on its own terms.

You Can't Always Get What You Want: On Music And Expectation

You Can't Always Get What You Want: On Music And Expectation 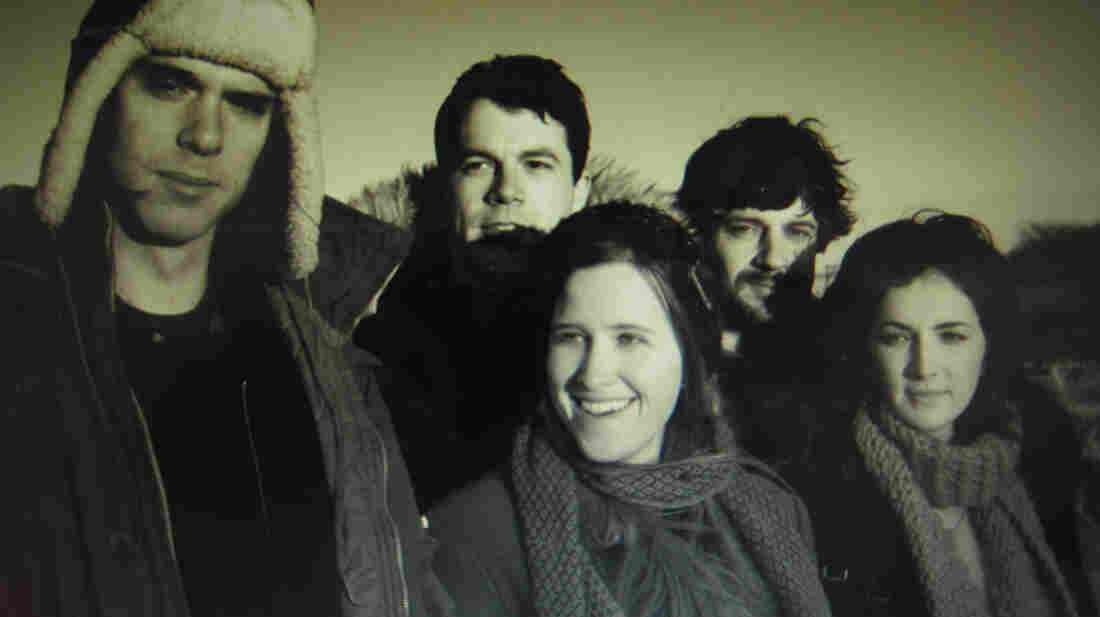 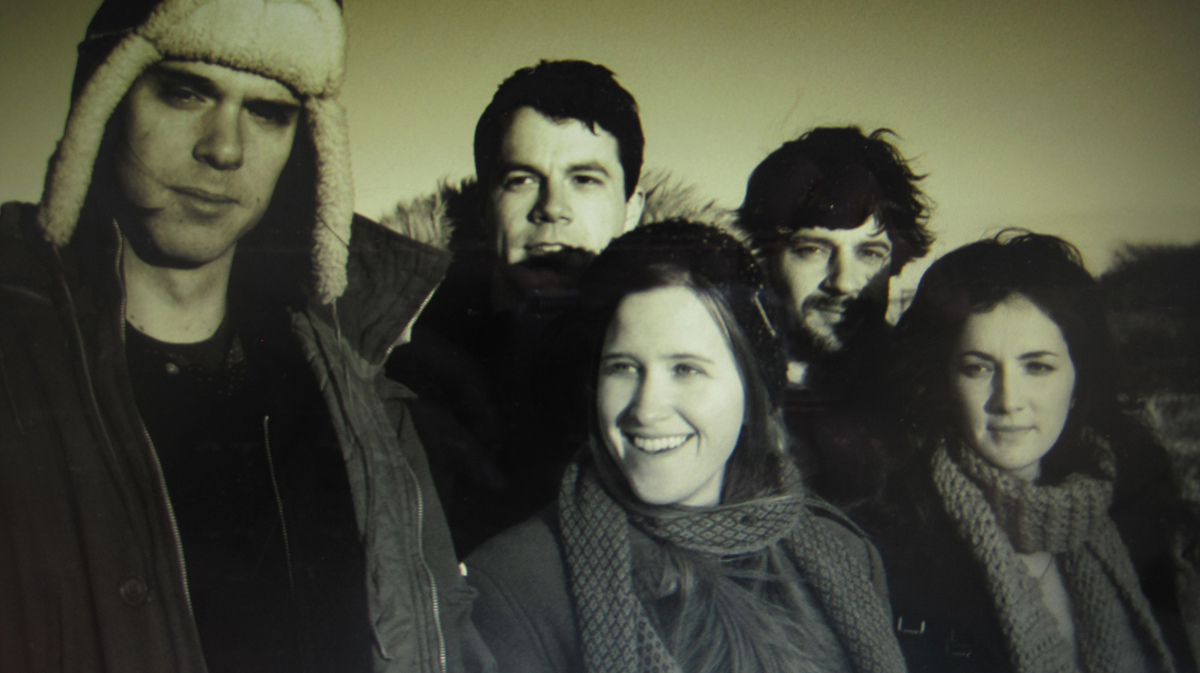 The Dirty Projectors, whose album Swing Lo Magellan was released on Tuesday.

Birthdays come but once a year, but for music lovers, what I like to call "that birthday feeling" is a semi-regular thing. I'm talking about the rush, tinged by anxiety, greeting the first download click on an album you've been longing to hear for months. It's a complicated wash of emotions, boosted by conflicting hopes and assumptions. You're about to get exactly what you've wanted; but what if it's not exactly what you want? And boy, that bike Mom promised to buy had better be cherry red.

For fans of adventurous indie pop, July birthdays have been coming fast and furious. First Swing Lo Magellan arrived — the latest from the Dirty Projectors, a prolific outfit who'd gained new renown after 2009's Bitte Orca grabbed the attention of not just hipsters but movers/shakers like Jay-Z. Then Frank Ocean, whose blog-worshipped redefinitions of R&B gained mainstream attention after he made a groundbreaking public statement about his sexuality, dropped his official debut album, Channel ORANGE, Monday night. Anticipation — or call it hype — bathed these albums in a strong light.

Expectations frame every listening experience, even those that feel accidental. When I start listening to these two albums, the associations start tumbling forth immediately. Beats and guitar lines unleashed earworms. A groove took over my body and carried me somewhere. The stories told by Ocean and DP's songwriter David Longstreth surprised me, made me laugh, made me mad. Music is language, and like everyone, I came to these recordings with a vocabulary built over a lifetime.

As a professional listener, I try to maintain a strong awareness about what I bring to the process. Maintaining clarity is much more difficult when that birthday feeling is involved. Releases like Channel ORANGE or Swing Lo Magellan — there's just no way that I can hear them in isolation. Instead of fooling myself, I try to keep a few questions in mind, designed to expose myself to my own prejudices. Call it an expectations checklist. I offer it below, illustrated with examples from this month's fine music. Maybe you'll find it useful, too, the next time that birthday feeling comes along.

What's happening in the moment?

I don't believe in timelessness, except as a fantasy-fiction scenario. Every album emerges at a particular historical moment; the "classics" are complex enough to resonate later, in very different times. Some works of art clearly reflect the circumstances in which they're made. Others are more oblique, but the present does always present itself.

As a critic, I have to be aware of how much my interest in an outside story affects my investment in the music I'm assessing. Right now, for example, through grassroots efforts like It Gets Better and media phenoms like Glee, the emotional life of LGBTQ kids has become public in unexpected ways. A release that works perfectly within this framework — like Channel ORANGE, which so beautifully expresses the "Q" (for questioning) in that acronym — gets extra points for revelation. At the same time, it's good to think about what the music might mean in another place and time. Ocean's songs also operate powerfully as hip-hop noir (as Melissa Maerz noted in her excellent review) or as songwriterly flirtations with jazz and blues conventions. A good reviewer thinks prismatically, beyond the most obvious connections.

What do my friends think?

I don't believe in critical distance, either — at least not as a natural state. Critics don't reside in surround-sound bubbles; our worlds are, in fact, full of chatter from readers, artists, music-biz movers and shakers, and especially other critics. I've learned most of my trade in conversation with my peers, and in recent years, the talk has gone into hyperdrive on Twitter and Facebook. It would be ridiculously hypocritical of me to say I can rise above caring what my friends think about my work, and how it fits within the wider media stream.

That said, I do try to be careful. Rapid-fire response to events like Monday's surprise Channel ORANGE iTunes drop can lead to both hyperbole and backlash. I witnessed both threatening to overwhelm reasonable listening: some Tweeters rapidly dismissed Ocean as a hipster's weak tea compared to mainstream artists like Usher, while others saw immediately saw Jesus on the tortilla. It's good to take a breath and step back from the rush to judgment. Also, the comparison game tends to trump everything else. Yes, Ocean borrows from Marvin and Stevie; Dirty Projectors quote Gyorgi Ligeti and Lil Wayne. An industrious critic will go beyond the name game to explore what such associations mean.

This question would seem to raise the simple matter of nepotism. As one of my mentors once said, the low bar for critics is to draw the line at money and sex. If you've seen an artist naked in private or taken their cash (for writing a press release, for example, an increasingly common sideline for work-starved music scribes), you can no longer even approach that mythical state of objectivity. I've stayed away from the nookie, but I wrote a book with Tori Amos; I need to make note of that every time I go near her work.

Two realities soften this hard and fast rule. As the music industry changes, more writers find themselves collaborating with artists or their support teams; critics need to find a way to not be paralyzed by this reality. Transparency is a start, but I think the knowledge gained by getting really close to someone's process can make criticism better, if it's employed judiciously. In the years I spent as a curator at Seattle's Experience Music Project museum, I worked closely with a wide array of songwriters and virtuosos on exhibits and events. I realized then that all the critical distance in the world wouldn't help me better understand how loop pedals work or what happens behind a mixing board. It's cool, I've decided, to get smarter by getting to know musicians.

The other reality applies more widely, since I still don't generally hang out with the musicians I review. This is it: we all form imaginary relationships with artists. I haven't met Frank Ocean, but I have to admit I like him — the "him" he showed me through his open letter, and the one who's both so emotional and so elegantly distanced in his songs. I like Dave Longstreth, too, though I understand why others find him intellectually uppity. Hey, I majored in creative writing in college! I have a weakness for literate showoffs. Critics should remember that the fantasy-friendship aspect of listening to music, made more powerful by the star system and increasingly by artists' own presence on social media, affects them the way it does any fan. Also, don't be afraid to make imaginary pals outside your normal circle; listening to music made by people from different countries, cultures or scenes will broaden your range and increase your sense of sympathy.

What memories does this music trigger?

Simon Reynolds made a splash with his 2011 book Retromania, which calls foul on the relentless nostalgia and recycling impulse of current pop. I don't totally groove on Simon's gloom about pop's backward turn — for one thing, it's great that forgotten histories and marginalized voices are now getting their due. But it's undeniable that much current pop is highly referential, and that for older critics especially, all those floating signifiers muddy the waters. I often have to resist the impulse to dismiss a song because it strikes me as a pale version of something I loved as a kid; more time spent usually reveals what's different, if not startlingly fresh, about the new old-feeling thing.

Hearing something familiar might also make me like a new work better. Lately I've been turning my ears back toward African music, a wide field I first explored as a hippiesh kid taking Haitian dance lessons and twirling in Berkeley's world music clubs to the music of the Mahotella Queens. I'm hungry for the music's light touch and easy-going intimacy. When I hear the highlife guitar in the Dirty Projectors song "Unto Caesar," I instantly become happy. That's not just because it's an excellent effort; it's because the riff hits a twenty-year-old sweet spot. Such blissful coincidences predispose me to certain sounds. Acknowledge the animal pleasure, but don't get lost in it.

Does this work give me pleasure?

Hey, though, feeling good still matters. "There are many ways to serve mankind," wrote the great Ellen Willis, "and one of them is to give pleasure." Critics are as susceptible as anybody to aesthetic backrubs and tickles. There's nothing wrong with reveling a little in that.

But pleasure can be tricky. Often it takes time to build. Not every album overflows with hooks or delicious beats. Some music asks its listeners to do some work. I wonder, lately, if time constraints under which critics operate — get that review out within the hour after the leak! — leads us to favor the big thrill over the subtle effort. Conversely, writers (and fans) immersed and well-versed in specific sound worlds get hooked on very distinct pleasures that might ultimately have a limited appeal. (Chillwave, anyone?) Here's one bias I'll readily admit: I favor artists who strive to bring me and everyone pleasure that's deep and enduring, that has edges where the sensation and the mood becomes something more challenging, and causes me to think about what it means to feel, body, mind, and soul, in all these different ways.

That's why I like Frank Ocean and Dirty Projectors. They fit my parameters of worthwhile, pleasurable, of-the-moment, possibly classic pop. I've laid out my expectations. This week, they've been fulfilled. Have yours?