Accessibility links
What Five New Rap Videos Say About Their Stars : The Record You can tell a lot about a where a rapper is at in his or her career from a promotional video.

What Five New Rap Videos Say About Their Stars

What Five New Rap Videos Say About Their Stars 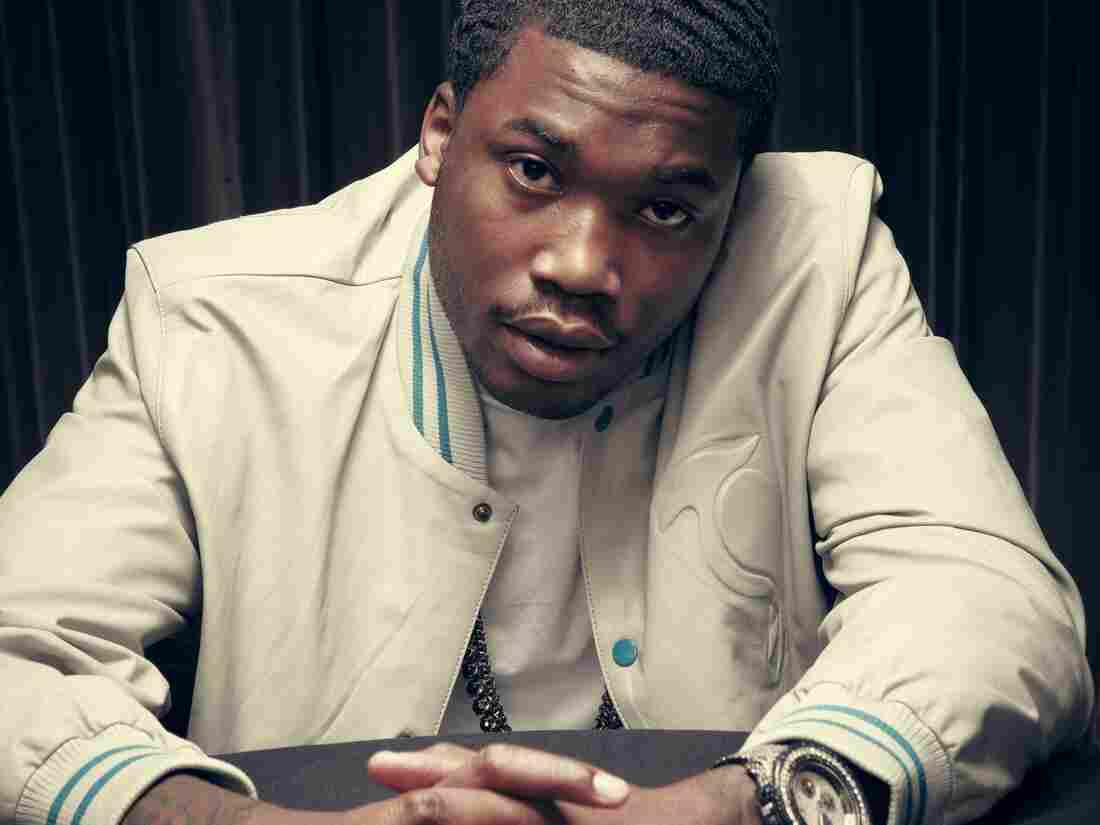 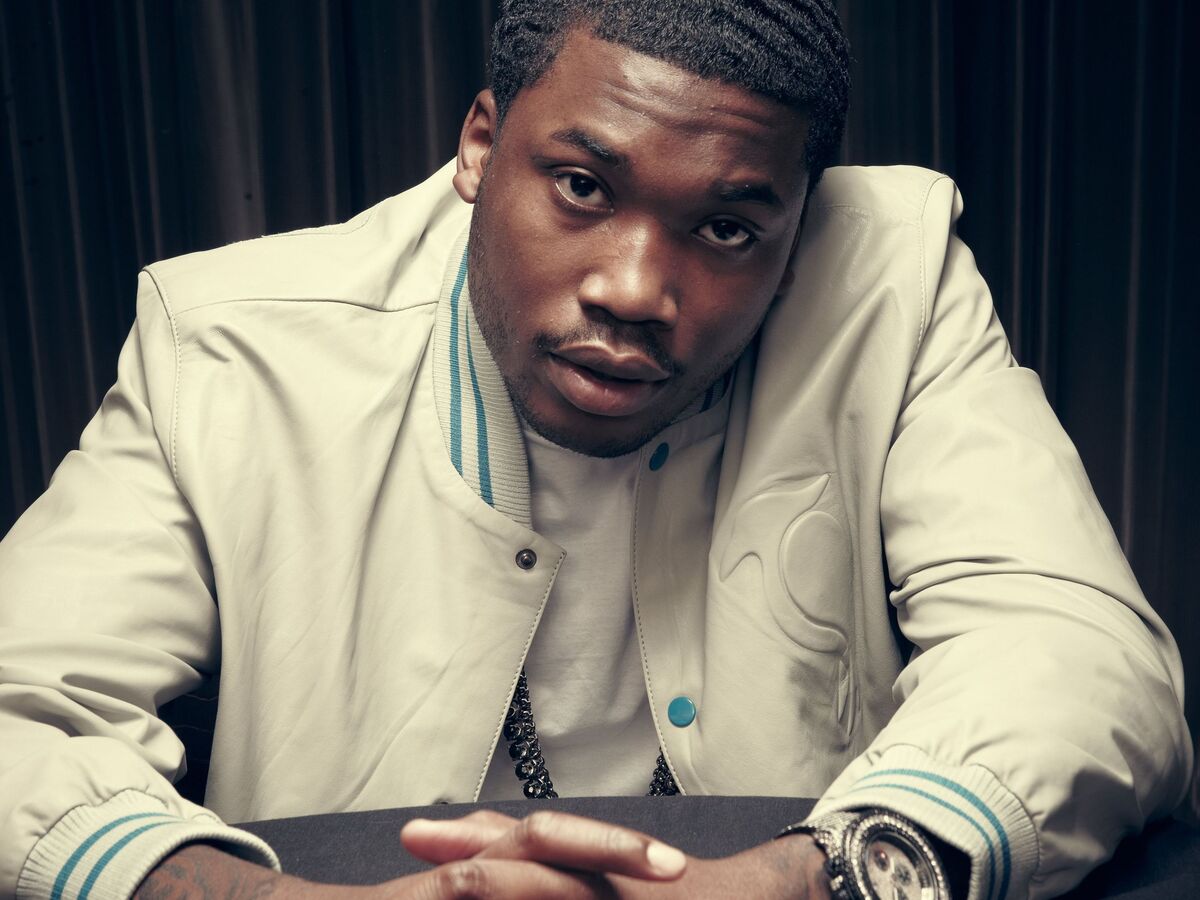 In the past few weeks, a handful of very different hip-hop videos, illustrating very different hip-hop songs, have hit the Internet. The aesthetic and narrative choices that make them distinct demonstrate the breadth of rap music and of the people making it. You can look at the five videos below as illustrations of the strategic moves of musicians at particular stages in their careers — from the party-crashing first moments to that stretch of fidgety time when the bloom is off the rose and the evenings of clarity and calm happening off to the side of the rat race.

Le1f is a New Yorker and Wesleyan graduate who raps, produces and happens to be observably out of the closet. At the moment, he's getting more attention than he might have before Frank Ocean walked out of his. The producers of "Wut," 5kinandbone5, toy with genre, bringing a horn-spiked slinky bottom end out to play with handclaps that reference New Orleans Bounce, a queer-friendly hip-hop variant. Le1f rhymes first in a drawl, then in double time.

Le1f's goal with this song, and in the video, is self-definition in all its forms: via lyrics, dance moves, outfits, facial expressions and that throne made of a Pokemon-mask-wearing, well-oiled man (the Ukranian cutie of the lyrics, perhaps). In a tried-and-true battle tactic, he presents and dismantles the ways people could go after him before they have a chance to. Then he tells them where to go. Le1f's free mixtape Dark York was released in April, and the video for "Wut," published last week, is a way for him to introduce himself.

Iggy Azalea is an Australian who does her best to rap as the female version of a Southern gentleman who still wears Coogi sweaters and uses mafia vocabulary to detail his superiority over his peers. The very model of that man is Atlanta's own T.I., whose presence on this song and in the video for it are his stamp of approval on Iggy's act. In the video, her character's thirst for a rhinestone crown enacts her need to dominate her competition lyrically — "killing pride." Producer Bei Maejor pairs a classic hip-hop sample and the wheeze of a spent camera flash in the hook to root and twist a simple idea.

After last year's free mixtape Ignorant Art, Iggy Azalea graced the cover of XXL's Freshmen issue this spring and released "Murda Bizness" as a free single. The video for it, which hit the web this weekend, is a self-aware statement of her intent to tweak expectations. It's the button-pushing move of an artist in a pre-launch holding pattern, meant to maintain some of the energy she's built up while she readies a major release.

"Amen" marks Meek Mill's transition from Philadelphia mixtape rapper to major label signee. This point is made explicitly in a couple shots in which he and Drake stand at the top of the Rocky Steps, with their tour buses waiting at the foot. In the narrative of the video, Meek Mill's hedonism isn't a dream — the stage to the club to the after party is now real life for him. And Drake is just the famous friend with the most screen time — Waka Flocka Flame, Fat Joe, Jermaine Dupri, French Montana and J Cole all show their faces. A number of women who make it past the velvet rope show their identifying features. Ciroc bankrolls some of the fun. That Meek has made it into this well-appointed building is a relief underscored by producer KeY Wane's luxuriant organ and unhurried chorus, both humming their approval.

The video was published on YouTube on July 15, more than two months after Dreamchasers 2, the free mixtape on which the song appears, was released (the song has also been available as a single from digital retailers since June). It's fair to say the video, song and really the whole mixtape act as promotional material for Meek Mill's Warner Bros. debut Dreams and Nightmares due out August 28. It will not be free.

The-Dream is the song-writing and producing force behind pop culture saturating songs like "Umbrella," "Single Ladies" and "Baby." You're welcome. He's also a performer, who keeps for himself all the ideas his focus-grouped clients can't (publicly) express. This song and its video follow a metaphor to its illogical extreme: an extremely fly woman becomes the type of powder so addictive that Uzis are drawn over it and fortunes are made and lost through its consumption. The high-contrast, gluttonous fantasy world is very Def Jam in the age of Kanye and Jay-Z ("If you escaped what I escaped, you'd be in Paris getting f---ed up too.") The-Dream's wholesale rejection of pleasantries in favor of neon-lit revelry — and his cemented inner circle status — gives him the lyrical freedom to say things like "I mean no disrespect by this next line" while he indulges in Mariah-ish saccharine runs and spangly echoes.

The video was first published through Jay-Z's site Life+Times last week, just before the song became available for purchase as a single on Tuesday (though it's been streaming at The-Dream's own website since June). The-Dream toured in the spring and was expected to release his fourth album, Love IV MMXII, this summer, but there is still no firm street date. It stands to reason that, like Azalea, "Dope B----" is meant to keep him in our speakers while we wait.

Waajeed is a Detroit- and Brooklyn-based producer and filmmaker who was a close associate of legendary hip-hop producer J Dilla. This two-minute song comes within spitting distance of the sounds Dilla — who died in 2006 — might make now. It's an immaculately constructed, verging on whimsical, well-read, not-to-be-trifled with rap instrumental. It's ominous and optimistic at the same time.

The simplicity of the video, which is one emotional, nearly static shot of a house rather than a narrative, opens the story of the song. And though it does advance an aesthetic, it doesn't pin a persona to the music. That's unnecessary for someone who isn't trying to push into the lanes contested by the musicians above — the shoulder of that freeway is as productively creative as its ever been. The video and song were published at Waajeed's site, Bling47, on July 10th. He doesn't have anything for sale at the moment (though as a label owner, he might soon).