Accessibility links
The Race To Create A Music Superlabel Still Faces Hurdles : The Record A proposed merger between EMI and Universal is drawing the scrutiny of regulators in the U.S. and Europe. 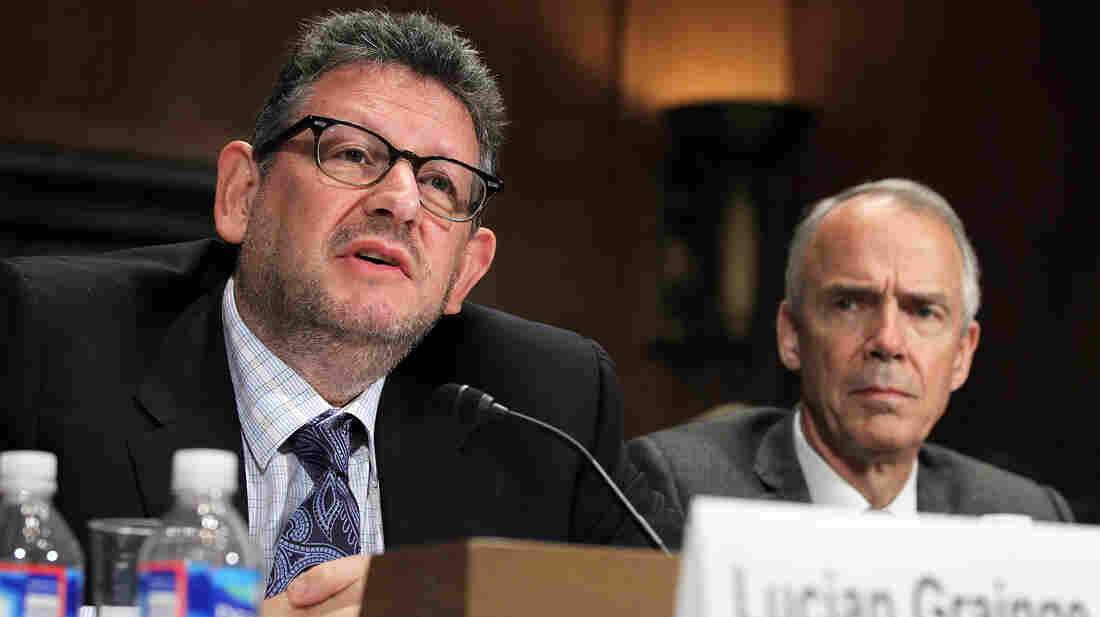 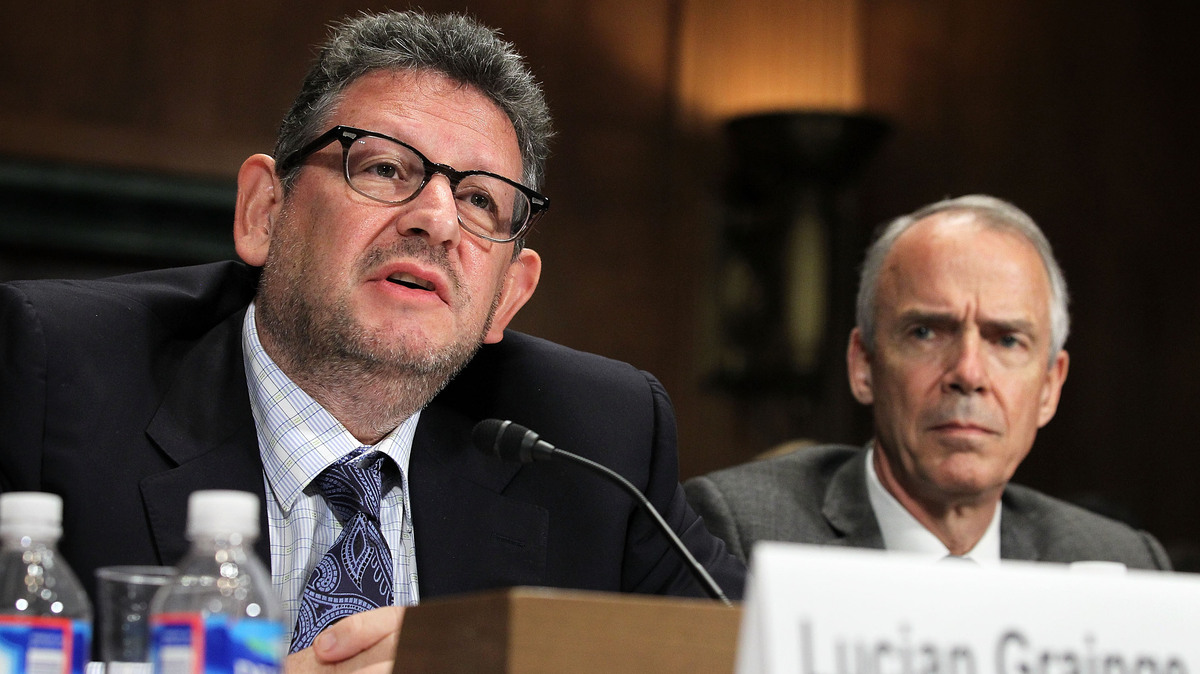 It's been a tough decade for the music industry. Revenues have tumbled — from more than $14 billion in 1999 down to $7 billion last year. EMI, one of the big four record labels, was taken over by venture capitalists and then taken over again, after they defaulted, by Citigroup. Now, Universal Music Group wants to buy the recorded music division of EMI for $1.9 billion. But critics say if the two companies merge it will create a superlabel that will dominate the music industry. The proposed deal is drawing the scrutiny of regulators in the United States and Europe, and Universal is scrambling to make concessions.

Just a taste of the recorded music a combined EMI and Universal could own would include The Beatles, Lady Gaga, Kanye West and Coldplay — though that might change if rumors are true and Universal sells Coldplay's label, Parlophone, in a bid to gain approval of the proposed purchase. It has already offered to sell off some of its smaller labels.

But the combined EMI-Universal would still control close to 40 percent of the international recorded music market. David Balto, an antitrust attorney who consults for Universal, doesn't think that's a problem. He believes no single record label can dominate the current market when artists can reach their fans directly through a variety of online distributors from Bandcamp to CD Baby to iTunes and Spotfy.

Gigi Sohn, president of the consumer rights group Public Knowledge, says that's just not true. "If you look at the Billboard Top 100 for 2011, every single one of that hundred is a musician that has a contract with a major label," she says, either directly or they have contracts with the major labels to distribute their music.

On top of that, the majors control radio play, and they've played hardball in negotiations with streaming services to license their music. So, Sohn says, a combined EMI-Universal would have the power to quash any new services in the growing online market.

At a recent Senate subcommittee hearing, however, Lucian Grainge, the chairman and CEO of Universal Music Group, told lawmakers it wouldn't make any sense for his company to get in the way of any new service that could make Universal money.

"It is in our complete interest to create as many opportunities for the music that we create, so that consumers can buy. Whether or not it's on the phone or whether or not it's through a stream," he said. "We love it."

Grainge pointed to one artist who's made it without a big label: Adele, who's signed to the small British label XL, part of a collection of independent labels called Beggars Group. Its founder and CEO Martin Mills says nice try, Mr. Grainge, but Adele is a bad example.

"I think an artist like Adele is such a phenomena that she would have been hugely successful under any circumstances," Mills says. "But bear in mind in America we release her records through Sony. So we release her records in partnership with a major, which we felt we needed to do to access the market properly."

Mills opposes Universal's possible purchase of EMI. He fears the combined company will try and push out independents like Beggars Group. He believes Universal is trying to maintain the dominance it had in the old world, where he says 90 percent of the artists that get played on terrestrial radio are signed to major labels. Now, he says, the majors are trying to keep competitors off new digital services.

"We as independents are always fighting to be represented on services and to get reasonable terms in comparison to what the majors get," he says.

A case in point is eMusic. Mills says Beggars had to pull out of the download service after the majors made a deal that changed the terms of the contract. Beggars Group won't discuss details but Mills says the new terms were impossible to accept.

There are other cases like this, says Sohn. "The history of cool new music services that didn't get off the ground, or were litigated out of existence, is much longer than the two or three that you can name that exist today."

Sohn points to Deezer — a streaming music service that's similar to Spotify. If you've never heard of it, that's because it's only in Europe. Deezer hasn't been able to reach a licensing agreement with Universal so the streaming service can launch in the U.S. market. Universal has sued Deezer in France to get higher fees.

That kind of behavior could work against Universal's attempt to acquire EMI music, says Eleanor Fox, an expert on antitrust law in the U.S. and Europe. "If they can use market power to keep out new independent challengers — and they have used it in the past and they will get more power to do that, that's very damning of a merger," she says.

The deal between Universal and EMI has gotten the green light from regulators in Japan and New Zealand. But officials in Europe have demanded significant concessions that would reduce Universal's market share and could affect the value of the final deal. The U.S. Federal Trade Commission is still evaluating the proposed purchase. But, says Fox, it usually follows European regulators. A decision is expected by the end of the summer.