Accessibility links
Feminist Punk Band Gets Next Gig: Russian Courtroom : The Record Three members of the band, which staged a protest of Vladimir Putin in a Russian Orthodox cathedral in February, face up to seven years in prison. They pleaded not guilty on Monday. 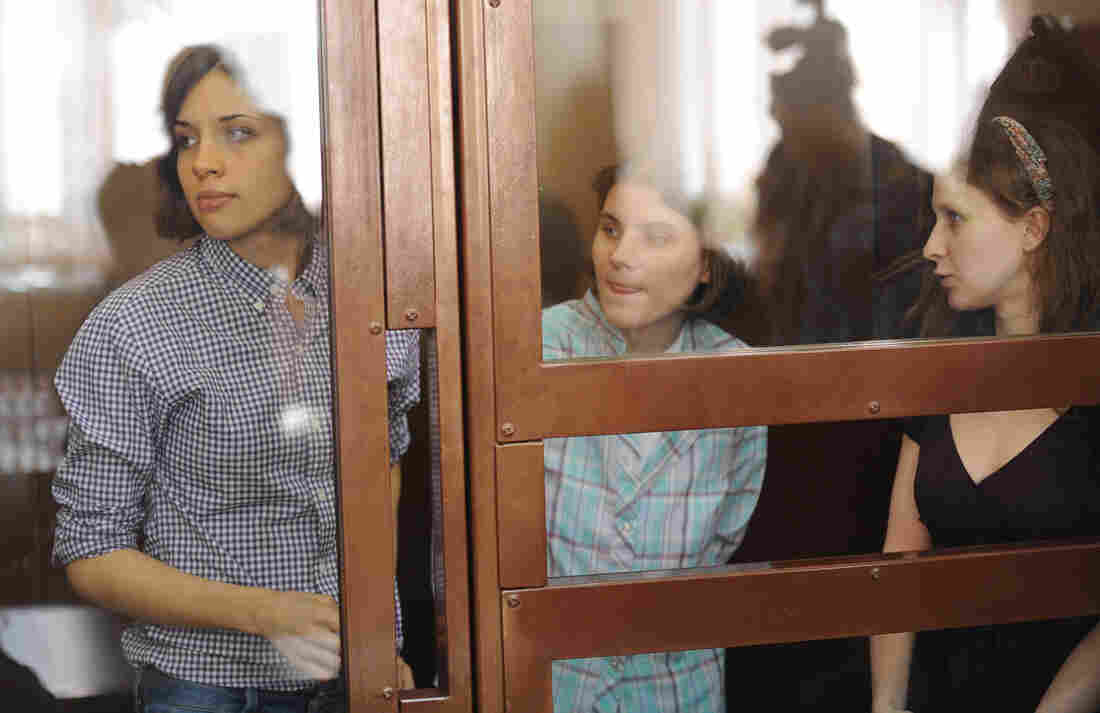 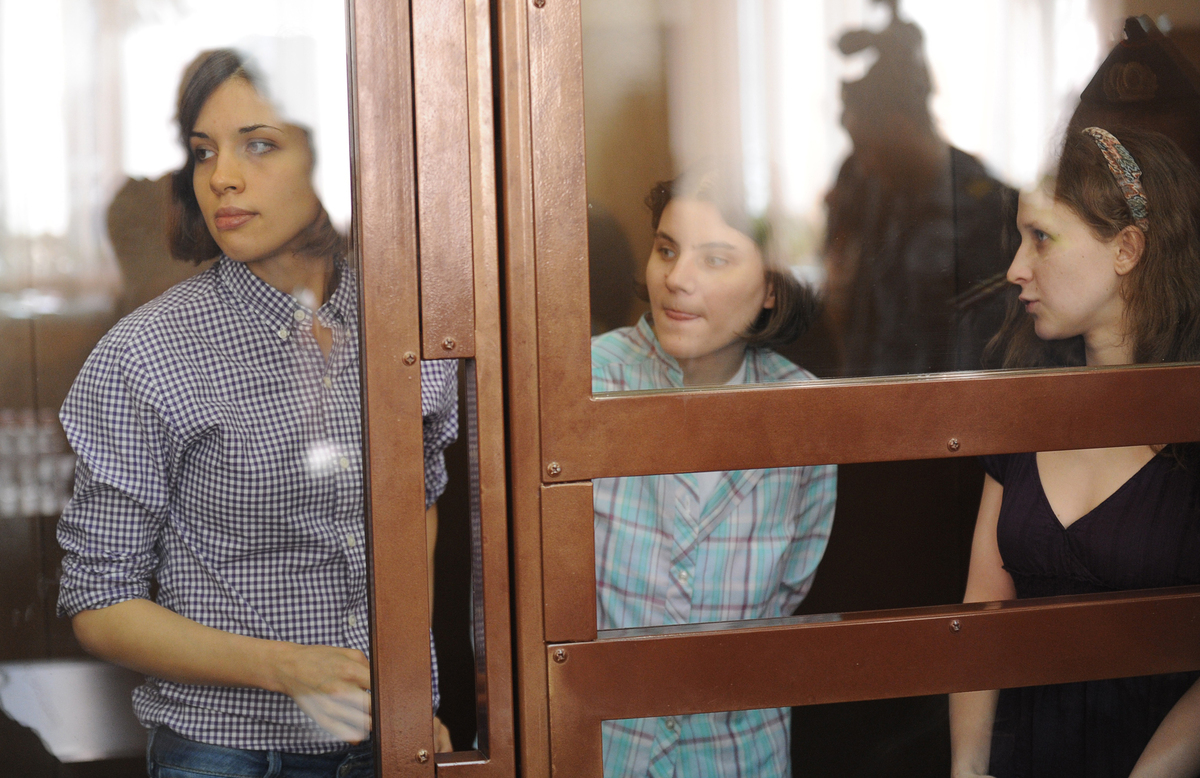 After more than five months in prison, some Russian dissidents are getting their day in court. The three young women are accused of being members of Pussy Riot, a feminist punk band that staged a protest against then presidential-candidate Vladimir Putin in February.

Nadezhda Tolokonnikova, 23; Maria Alekhina, 24, and Yekaterina Samutsevich, who's 29, have been in jail ever since. Their treatment is widely viewed as a test of the way that Putin's government will treat dissent.

In February, five members of the band rushed before the altar of the Cathedral of Christ the Savior — one of Moscow's main Russian Orthodox cathedrals. They wore the outfits that had become their signature, mini-dresses, tights and brightly colored balaclava masks. Before they were thrown out by security, band members brandished guitars, danced, genuflected and prayed.

Shortly afterward, a video of their exploit was posted on YouTube, set to a song called "Holy Crap" that alternates between a sort of church choral sound, dinning guitars and screams of punk rage.

The song is billed as a punk prayer, asking the Virgin Mary to deliver Russia from Putin. It also criticizes the leader of the church, Patriarch Kirill, for supporting Putin's presidential campaign, saying the patriarch believes in Putin when he should believe in God.

The band had already gained attention for its street-threater tactics, including one anti-Putin performance in the middle of Red Square.

In February, one of the band members, who identified herself only by the nom-de-guerre "Schumacher," told NPR that she believed the Russian opposition was ready for more radical action.

The Russian government was apparently ready, too. Shortly after the cathedral performance, the three were arrested and charged with hooliganism motivated by hatred of the church. It's a crime that carries a sentence of up to seven years in prison.

There have been pleas for mercy for the women, two of whom are the mothers of small children. The pleas have come not just from members of the opposition but from some Orthodox believers, who say the church should show mercy, even though they say they found the performance to be deeply offensive. The leader of the church, Patriarch Kirill, called the performance blasphemy and demanded tough punishment for the band members.

On Monday, a lawyer for the women, Violetta Volkova, told reporters outside the courthouse that the trial was political, aimed not at protecting the church but at punishing opposition to the government. Volkova said what's taking place in the courtroom now is "lawlessness and legal nihilism" by the government.

Later on in court, Volkova read out statements from the defendants, who pleaded not guilty, but said they were sorry if their actions offended believers.

Maria Lipman, an editor and analyst from the Carnegie Center in Moscow, viewed the small protest outside the court from the sidelines. She says she thinks the prosecution will try to end the trial over fairly quickly, before it draws too much more attention and criticism.

"The authorities want to have this trial passed on as soon as possible, so that this irritant, this event that attracts so much attention is out of Moscow and crowds like this one today will not gather, but it is impossible to wrap it up in one day," she says.

Lipman adds that it's also likely that the prosecution will try to prevent the defense from calling witnesses who might call the government's actions into question. The trial resumes Tuesday.