Accessibility links
All At Once, Ellie Goulding Lights Up : The Record At over a year old, Goulding's "Lights" is finally a hit, just in time for her new album. With so much British music of the past featured in the Olympic closing ceremony, this singer — at the intersection of classic pop and electronic dance music — is a perfect star for right now.

All At Once, Ellie Goulding Lights Up

All At Once, Ellie Goulding Lights Up 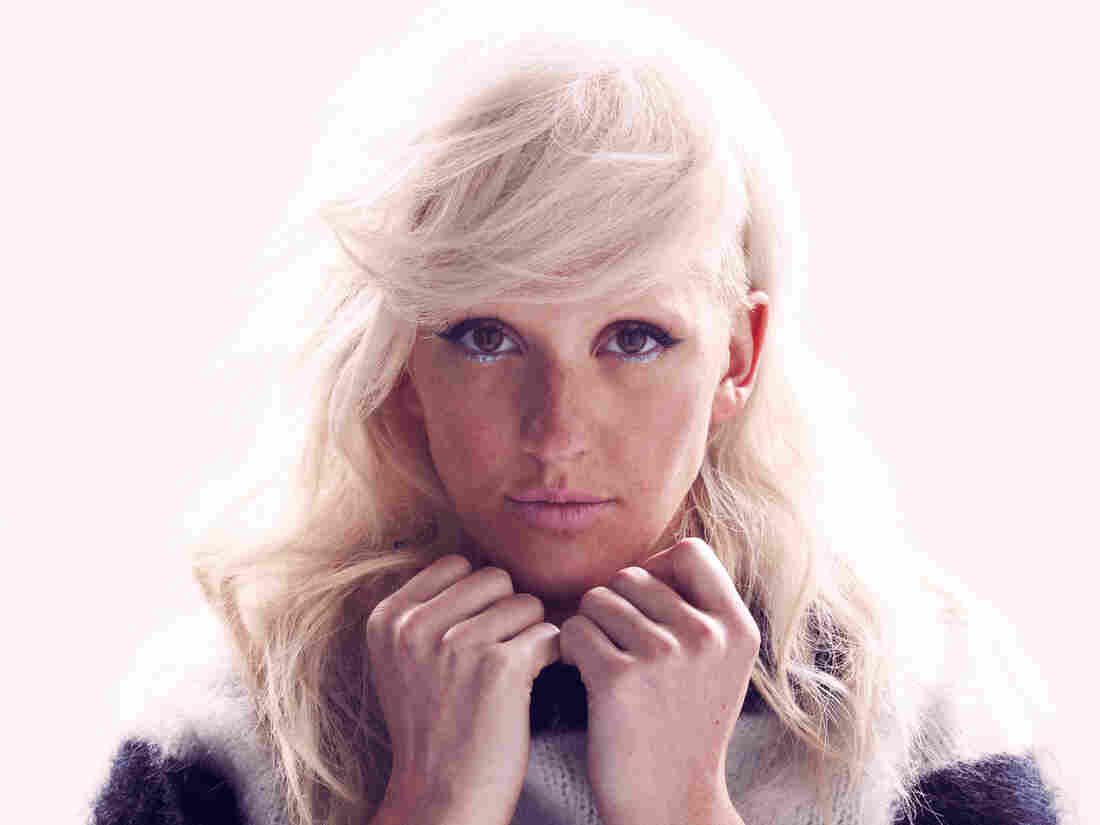 Ellie Goulding will release her second album, Halcyon, in October. Courtesy of the artist hide caption 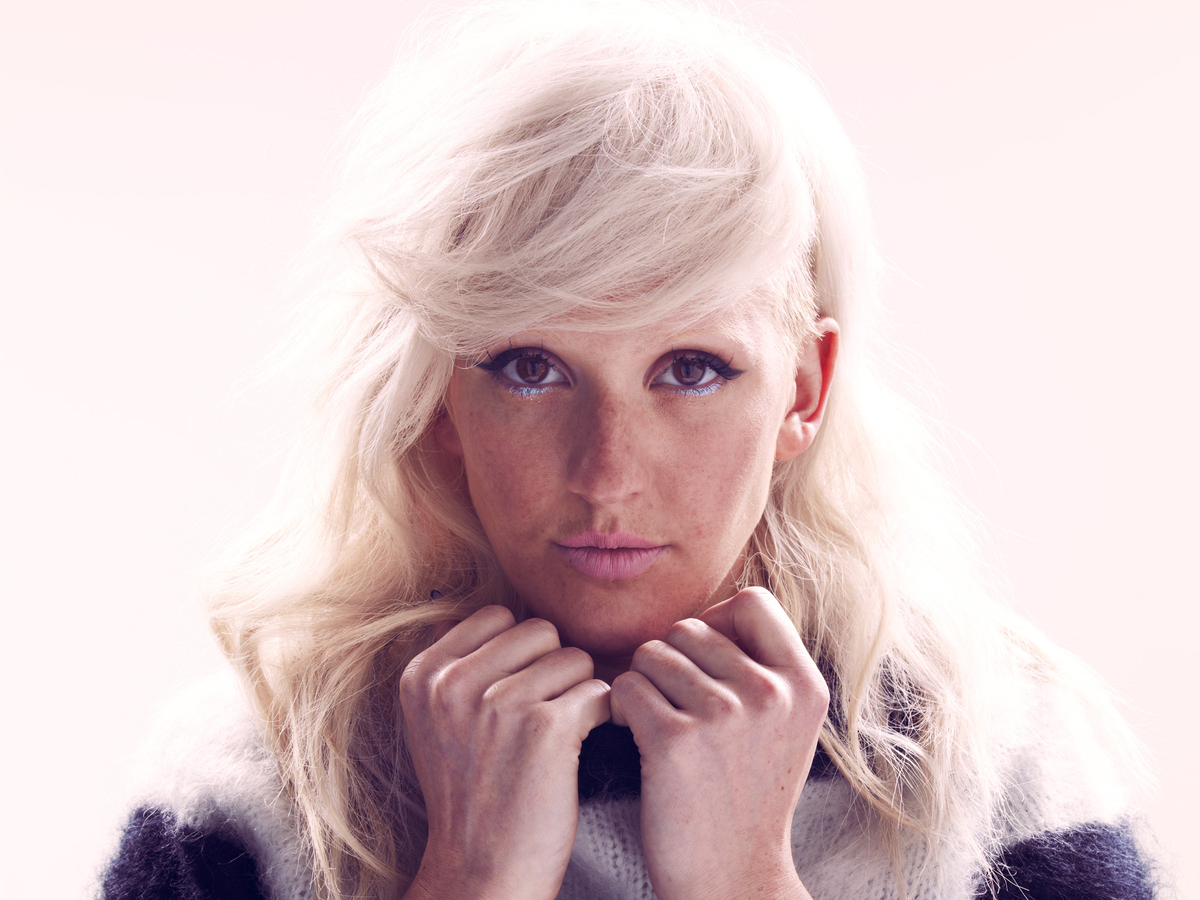 Ellie Goulding will release her second album, Halcyon, in October.

The organizers of this Sunday's closing ceremony for the 2012 Olympics face a happy challenge: how to cap, if not top, a run that's included so many firsts, bests and astoundingly inspirational stories? No number of color-coordinated volunteers doing synchronized arm dances on a stadium field can top the impact of one soaring gymnast, or a runner given the chance of a lifetime through the wonders of prosthetics. But director David Arnold seems sure that the power of British pop will produce the requisite blend of international dazzle and nationalist pride.

Though the line-up remains unconfirmed, a ridiculous number of British luminaries are on the rumor list (I'm holding out hope for Kate Bush). One name, however, hasn't surfaced in all the chatter about the event: that of Ellie Goulding, the 24-year-old vocalist, drummer and songwriter who's currently making a play for the title of British pop crossover champion.

You might not see Goulding in the glow of the Olympic torch tonight, but you've probably heard her plenty lately on the radio or in one your streaming service's playlists. Her dance floor delicacy "Lights" has made a very slow climb up the American charts, and may soon take over the No. 1 spot. "Lights" is a surprise success; it was originally a bonus track tied to the iTunes release of Goulding's debut album, which topped the British charts way back in March 2010. A song that was almost an afterthought has turned sticky on summer dance floors, and its very gradual ascent has turned it into a kind of calling card for her second album, Halcyon, out in October. Goulding just dropped a new single, "Anything Can Happen" — an even catchier song that's still perfectly remixable.

How did Goulding become one of the fresh new faces of international pop? Roughly the same way Adele did. Goulding is just beginning a journey that Adele completed a while ago, but her flexible music is a kind of liquid reflection of the soul belter's massively winning style. Adele and her producers figured out a way to inflect her contemporary sound with key elements of soul and classic 1960s pop, creating a blend that felt traditional while fitting in perfectly with what today's radio programmers and club DJ's require. Goulding is equally eclectic, but faces in the opposite direction. Her sound puts a classic songwriter's frame around electronic dance music (EDM), connecting with the future-looking dance underground. But the eclecticism behind her EDM fixation is what gives her a commercial edge.

Goulding's sound is foamy churn of bright beats, bubbly keyboards and her trilling soprano. It's compelling, but essentially soft and malleable. Remixers love it. "Lights" has been remixed what feels like hundreds of times; Goulding has released two EPs of new takes on the song, and Bassnectar's hard-punching version has proven especially popular. Goulding's songwriting seems custom-made for EDM remixes: she gets personal about the usual stuff (love, anxiety, the slightly hyper optimism of youth), but there's a dreaminess about her lyrics and her sense of melody, an elusiveness at her songs' core, that makes it ideally open to reinterpretation.

Goulding is one of several female artists stepping in to define the feminine side of EDM, a scene more associated with DJ machismo than the introversion of female singer-songwriters. Her romance with the genre's poster boy, Skrillex, is the Top 40's cutest pairing: they're like sprites with matching asymmetrical haircuts, bounding through Electric Daisy fields. Goulding's savvy around sequencers isn't surprising; England has long produced pioneering female artists with a strong foot in electronic music, from the great Kate Bush onward. Goulding's idol, Bjork, relocated from Iceland to London to define her solo sound in collaboration with producers like Nellee Hooper, and she subsequently became a defining influence on the artier side of dance music.

EDM itself is a product of more than a decade of cross-continental fertilization. Music critic Simon Reynolds recently wrote a very useful account of how the craze took hold after many years of pond hops: Chicago house inspired European techno, which fed the American underground rave scene, which funneled energy into the international DJ circuit, which gave a platform for today's EDM superstars.

Goulding's passport is well-stamped when it comes to dance music, but her connections to pop are just as important. "Lights," it turns out, was co-written and co-produced by Richard "Biff" Stannard, a hitmaker whose resume includes the breakthrough Spice Girls single, "Wannabe," and a gig as an official songwriter for England's version of X Factor. Like most non-American Anglophone pop stars (from Kylie Minogue to her pal Jessie J), Goulding shows little interest in proving her authenticity within one scene, instead opting for marketable flexibility. She performed Elton John's "Your Song" at the wedding of Prince William and Kate Middleton, and has recorded well-known covers of songs by divas as diverse as Rihanna and Dolly Parton. Turned down to a murmur on these ballads, the same voice that's ethereal in a club mix becomes gentle, the voice of a confiding love or friend making small promises.

Goulding is what England makes best: a star whose work and personality translates easily across musical subgenres as well as international borders. Her American breakthrough may have come a bit too late for Arnold to consider her as a candidate for this weekend's Olympic spectacle — he's going for big hitters, and she's just starting her career. But I wouldn't be surprised if we see her in Rio in four years, rocking a new hit single with a remix by a hot Brazilian DJ.