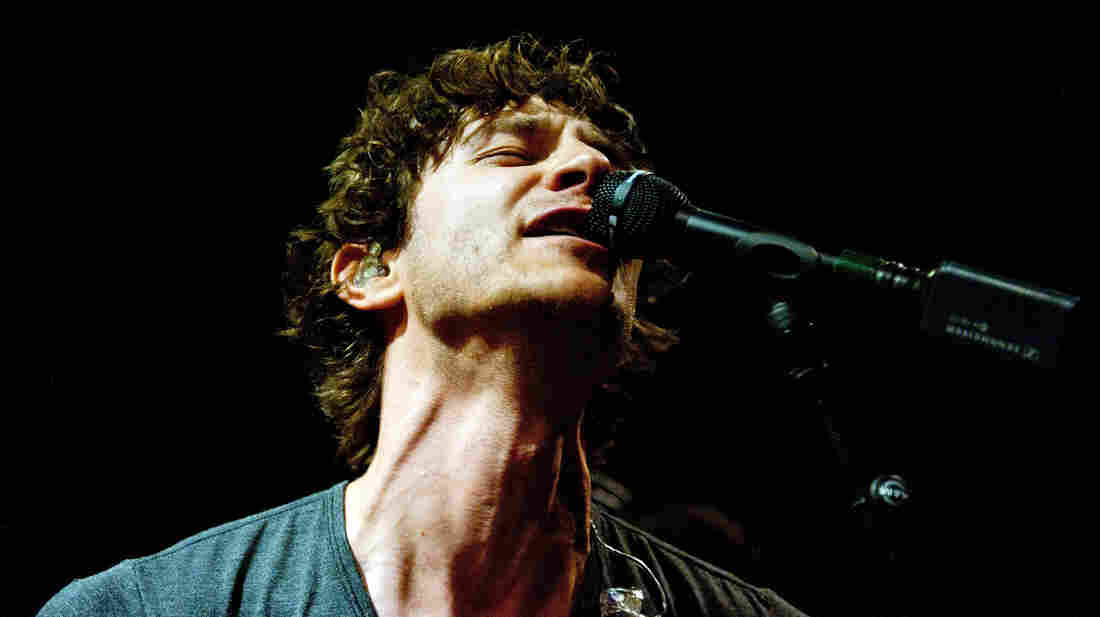 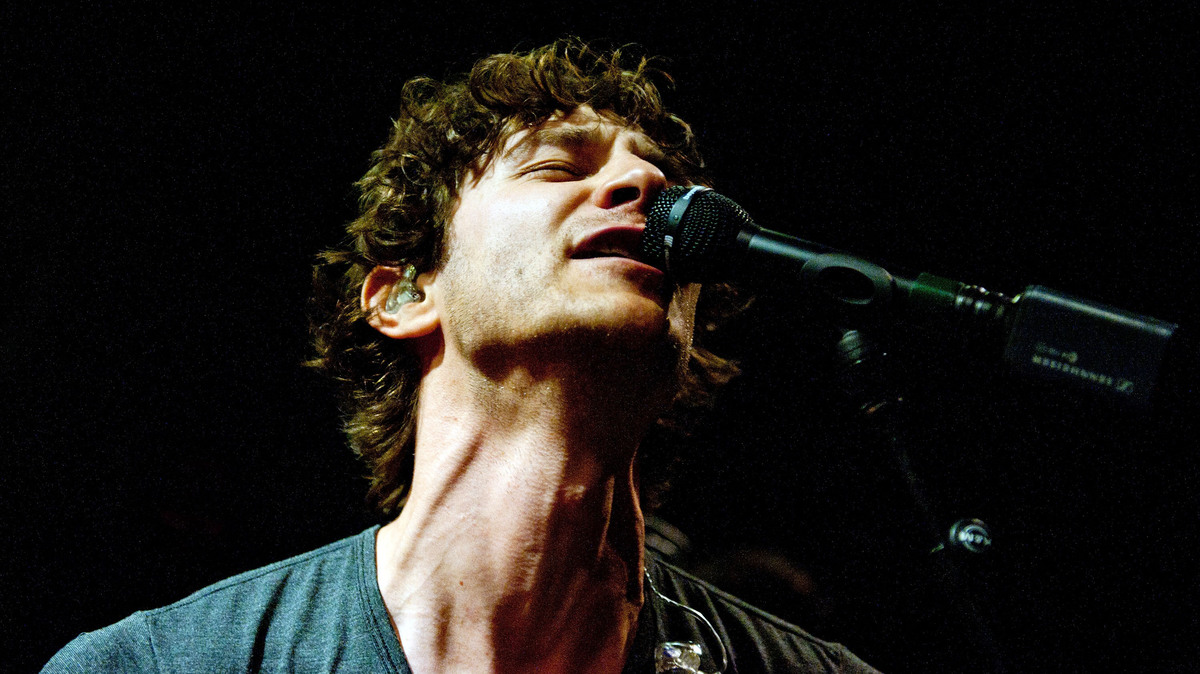 Summer hisses damply to a close, and the pop charts begin to shudder. After a span of 23 consecutive weeks during which only three songs topped the Billboard Hot 100 singles chart, two new songs have broken through in the last few weeks: Flo Rida's "Whistle," a late-comer to the beach party that flexed and preened while everyone else was packing up coolers and shaking the sand from towels, had a mercifully short run at No.1; Taylor Swift's "We Are Never Ever Getting Back Together," a break-up anthem that sounds like gossip hurtling across a buzzing lunchroom, arrived at the peak two weeks ago and seems poised to carry us into back-to-school season and beyond.

But before we plunge headlong into the future, let's take a break from pop's shark-like need for forward motion to acknowledge one of those three tentpole songs that held up the pop charts over the last five months. Not "Call Me Maybe," Carly Rae Jepsen's sugary smash about infatuation, or "We Are Young," fun.'s anthem on aging. We've already spent time with both.

Gotye's "Somebody That I Used To Know" is a bitter breakup song with two surprising twists: (1) Wally De Backer sings the pained chorus at full voice, nearly a shout, and (2) the second half of the song is opened up as a rebuttal from an ex, played by the New Zealand-born pop singer Kimbra. It's built around a quartet of elements: sampled acoustic guitar, a xylophone hook, a murmured vocal and a wobbly electronic sound that freshman dudes will pluck out on acoustic guitars and dress up with a mimed lack of confidence ("You can be addicted to a certain kind of sadness") for half a decade, at least.

Though "Call Me Maybe" displaced "Somebody I Used To Know" at the top of the chart in early June, Gotye's song hung around all summer. But two weeks ago, for the first time since March, "Somebody" fell out of the top 10. It has been weeks since even a video that complains about the song's ubiquity has gone viral.

Earlier this summer, in the middle of its long chart run, Ann Powers floated a question in my direction: How did "Somebody" manage this success? It's a good song, she said, but what explains its unusually long life? I can think of a few reasons. So here, as we bury the biggest hit of the year, let us sing of its glory.

Before 2012, no song had ever sold 5 million copies in the first six months of a year. At mid-year, "Somebody" had sold 5.5 million tracks. It's now surpassed 6 million, the first song ever to do so in a single year. At Universal Republic, the label that put the album Making Mirrors out in the United States, the rarity of this accomplishment isn't taken lightly.

"This is an isolated incident. It really was special," says Trina Tombrink, who worked on radio promotion for "Somebody" at Universal Republic. Tombrink says that the label knew what it was dealing with very quickly. "It's a phenomenon. It's one of those things that if you've been doing it for a long time you see it pretty early on. And you sense that it is just going to be that."

Making Mirrors had been out in Australia for six months by the time Universal Republic released it in January, and "Somebody" had already been exported successfully to Europe and — crucially — the Internet by the time the label picked it up. The video for the song — De Backer and Kimbra standing naked in a room, slowly covered in body paint so that they blend in with the pattern on the wall — had millions of views before it ever got played on the radio in the U.S.

"When something like that gets picked up and it's very catchy and very likable but it's also different, it's something special, and you can feel it right away when it comes on," says Dave Bakula, a Senior Vice President at Nielsen. He says that the company first registered sales for the song in mid-2011, around the same time that the video first appeared on YouTube.

Perhaps that slow build is a part of the song's long life. For fans who knew Gotye from his previous albums or Internet seekers who stumbled up on the video, there would have been plenty of time to develop a personal relationship with the song before it hit radio and — almost immediately — became inescapable.

2. Because Universal pushed it to the radio. Hard.

"All of a sudden the radio airplay really started to pick up around January. And once you got that, the sales really followed," Bakula says of the song's arrival on the mass-market scene. "You're always going to be able to see something grow a little bit from a grass-roots manner ... but when you're talking about massive hits and massive hits that drive massive sales like this, you really need that great radio exposure nationally and across formats."

Universal planned, from the beginning, to introduce "Somebody" to American audiences by landing it in rotation on two types of radio format: Alternative (basically anything that's "rock" but not "classic rock") and Adult Album Alternative (broadly known as AAA or "triple-A," it caters to people who don't have to borrow their parents' credit card to buy a song on iTunes). That's a typical plan for a song by a relative unknown, Tombrink says, but the response from radio stations was anything but typical. Where it usually takes around four months from the point of introduction to move a song into heavy rotation or "power" rotation, "Somebody" made the jump within "a couple of days in some circumstances," Tombrink says. "That just doesn't happen."

"Somebody That I Used To Know" first appeared on the Billboard Hot 100 in January. Three months later, it was the No. 1 song in the country, and it held onto the crown for eight straight weeks.

3. Because we're living in the age of Adele.

In a recent post on The Village Voice's Sound of the City blog, Chris Molanphy dubbed "Somebody" one of a trio of "snowball songs" ("We Are Young" and "Call Me Maybe" are the others), hits that gained momentum to the point that they became unstoppable forces once they reached the top of the charts. Molanphy cites plenty of history that suggests this kind of trend is unusual and probably cyclical, but it's easy to imagine that in the age of Adele it might be a new reality.

What if the universe of pop music is so splintered that the few songs and albums that manage to summit the chart remain there because there's nothing else to challenge them? While big pop albums of the late 1990s and early '00s — the industry's last golden era — regularly sold more than 10 million copies, Adele's 21 is the only album released in the last 10 years to approach that tally (Outkast's Speakerboxxx/The Love Below doesn't count because it's a double album). Think of it as the "cash-for-gold" theory of music sales: We've got so few reliable, genuine hits that the ones that rise to the top stay there.

4. Because "Somebody" sounds different from anything else on the radio.

"This is not your typical Top 40 record," says Tombrink. But despite that fact, or maybe because of it, "Somebody That I Used To Know" made an impression on audiences well beyond the markets where Universal first aimed it. Sounding different may have helped.

You can actually make this case of all three songs that occupied the No. 1 spot during that 23-week run: none sound anything like the thudding, dance-heavy tracks that have dominated pop radio for the past few years. "We Are Young" draws from classic rock, Broadway and hip-hop. "Somebody" has elements of folk, prog and electronic music. "Call Me Maybe" is effervescent pop. When the latter hit No. 1 on the Hot 100 in June, Jody Rosen suggested on Slate that the song's success might foreshadow a move away from previously dominant "club-bangers."

Rosen might be onto something. A few days before he wrote that, an architect of pop's current "club-banger" sound, the songwriter and producer Lukasz "Dr. Luke" Gottwald (he's written huge hits for Kelly Clarkson, Katy Perry and Ke$ha, to name just a few) announced on Twitter that he was "working on a slow / mid summer jam.... everything is 128 BPM and 4 on the floor... need something different ..."

But radio is a slowly evolving beast, and it's easier to retrofit different sounding songs to the current mode. All three of the summer's "snowball hits" were given dance remixes, and it turns out that Gotye's song, while it sounds like something that emerged from a moodier, quieter corner of the synth-assimilating '80s, fits in best, if you bend it right. Bending it didn't take too much work. Where "Call Me Maybe" clocks in at 120 beats per minute and "We Are Young" at a pleasant 116 (it slows down to a crawling 93 bpm during the chorus), "Somebody That I Used To Know," at 129 bpm, could be the less-flashy pace car to the pop/dance pack. All remixers had to do was place some beats under those whispered verses and drop the bass when the chorus explodes (the large number of vaguely distinct remixes suggests that's exactly what happened, in many cases).

"Somebody" is different, but flexible, a perfect hit for a transitional moment in pop. "The reason that it went so quickly, and across so many formats, is that this song is special," Tombrink says. "It reached and resonated with the entire gamut of demographics."

Think of it this way: If you're a record label trying to break a song, conditions for achieving mass appeal are bad. The audience is fragmented and album sales are still in decline. Mounting a campaign to create a hit requires specialized, exacting skills, strategies, relationships and not a little bit of luck. It helps when the song does some of that work for you.