Accessibility links
A Long Conversation With Bonnie Raitt : The Record The blues guitarist and singer talks with NPR's Ann Powers about her career, her musical influences and the young musicians who have covered her songs at the Americana Music Conference.

A Long Conversation With Bonnie Raitt 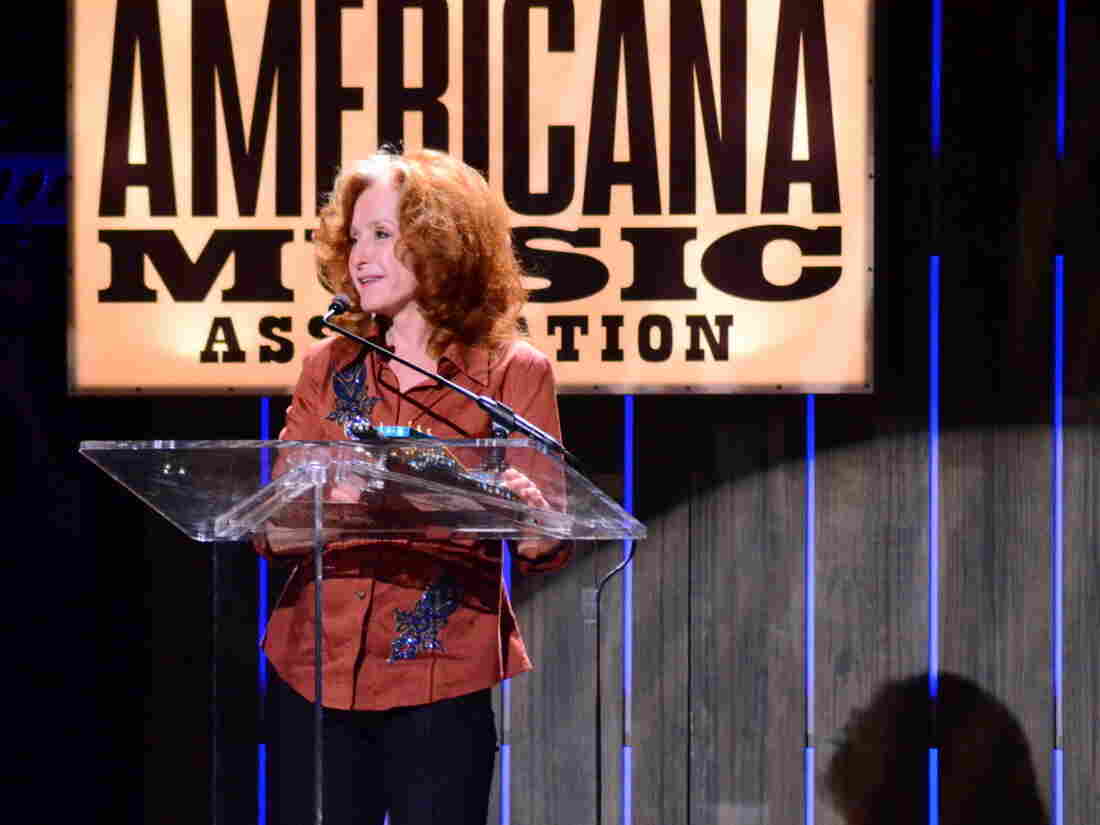 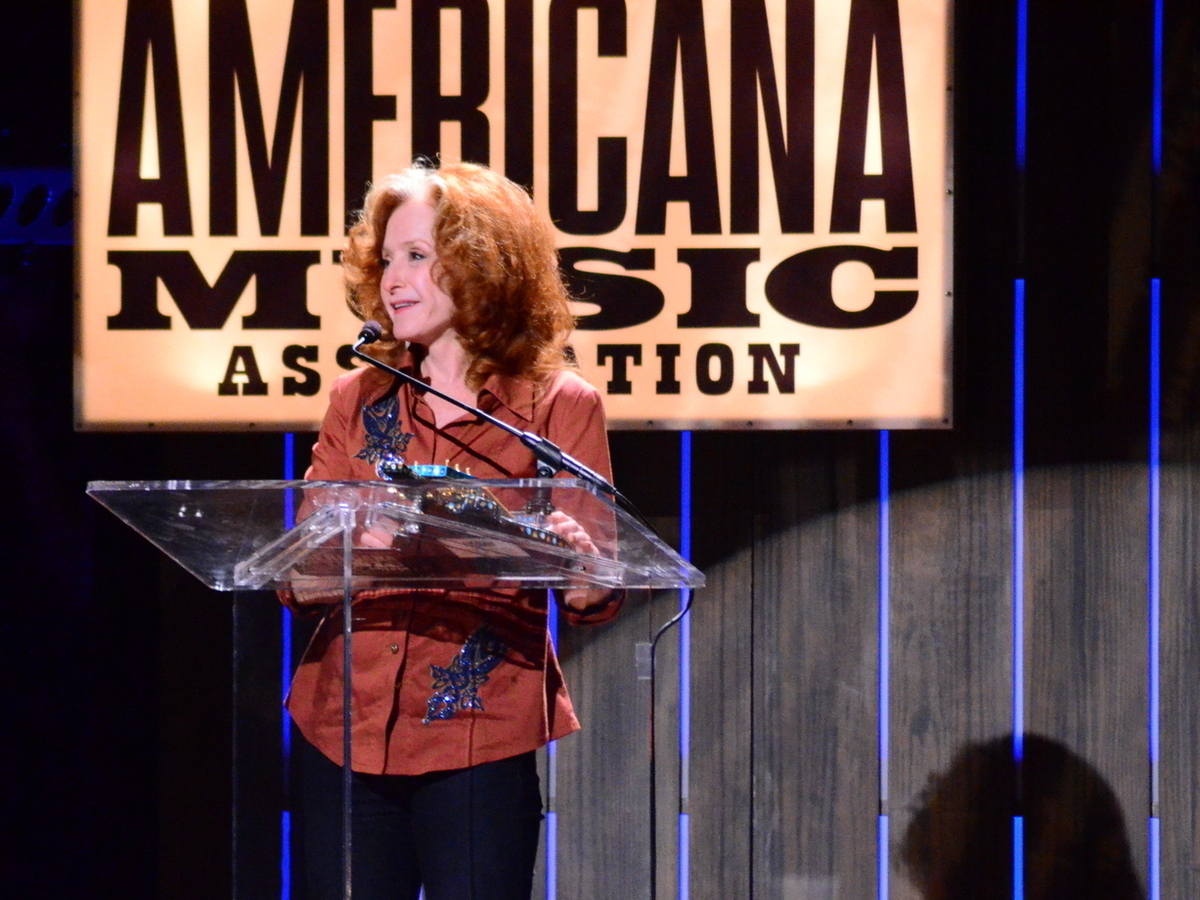 Bonnie Raitt accepts her Lifetime Achievement Award at the Americana Music Awards in Nashville on Sept. 12, 2012.

Last Wednesday I had the enormous privilege of sitting down with the masterful Bonnie Raitt for the keynote conversation at the annual Americana Music Conference and Festival in Nashville. Actually, I stood while blues fusion matriarch sat — I'd aggravated an old back injury moments before we took the stage, and my mentioning this to the crowd set Bonnie up for her first zinger of the chat: "What was his name?" she teased.

Humor added intimacy to Raitt's thoughtful reassessment of a long and unceasingly impressive career. Our conversation touched upon everything from her early days, when she learned to play an open C chord by watching the fingers of Mississippi Fred McDowell, to her current resurgence, aided by the support of young artists like Justin Vernon and Adele and the release of her excellent 2012 album, Slipstream. She discussed the creativity involved in being an interpretive singer; remembered the time Eric Clapton stood back and urged her to take one of his solos during the Crossroads Guitar Festival; and vowed to keep touring until she drops, which we all hope won't be for a very, very long time. Check out the entire Americana Music Association Awards ceremony, presented by Folk Alley, and enjoy my conversation with Bonnie, right here. I know I did.