Accessibility links
The Purple Tape: Only Built 4 Collectors : The Record How the purple-tinted cassette version of Raekwon's classic 1995 album Only Built 4 Cuban Linx... became a classic hip-hop artifact, and why its deluxe reissue actually makes sense.

The Purple Tape: Only Built 4 Collectors

The Purple Tape: Only Built 4 Collectors 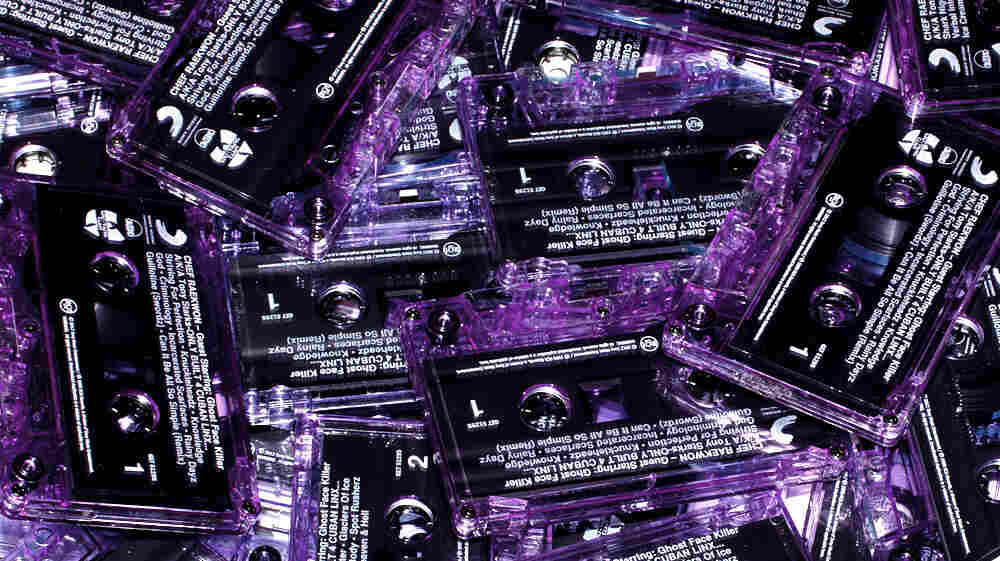 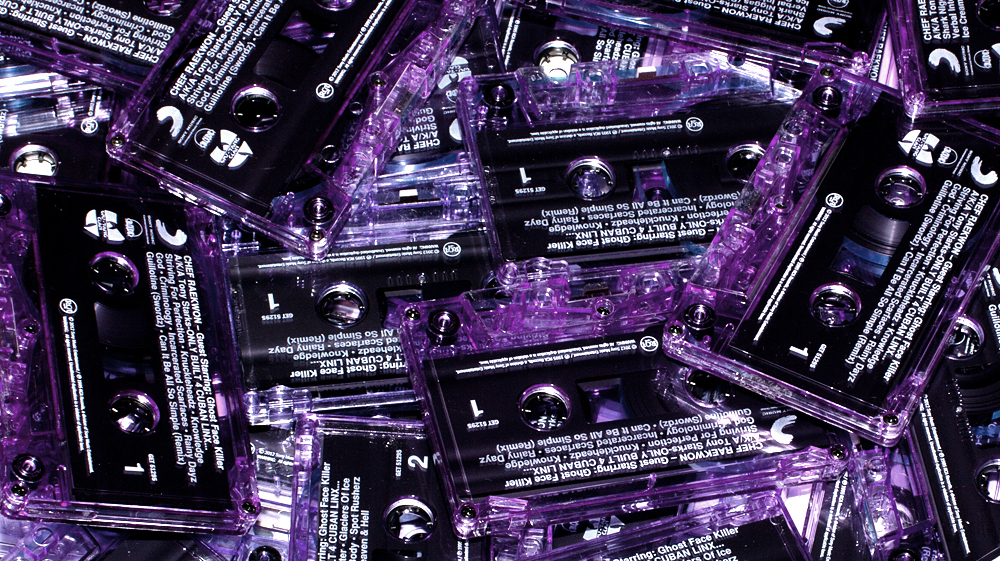 The Beatles had "The White Album." Prince's long-time work-in-progress became dubbed "The Black Album." Rapper Raekwon had "The Purple Tape," one the most storied cassettes in hip-hop history.

The Purple Tape refers to purple-tinted cassette pressings of Raekwon's 1995 solo debut, Only Built 4 Cuban Linx... At the time, Raekwon's album was one of many individual Wu-Tang Clan releases hitting the market but it quickly rose in stature and many fans consider it the single best solo Wu-Tang album of all time. However, when it first came out, Raekwon wasn't at the top of the Wu-Tang pecking order and as he told interviewers with 3 Little Digs, he wanted his album to stand out against the typical pile of tapes that collected on the floors of people's cars. Though Loud Records humored Rae's request, they supposedly only did so for the first 10,000 cassettes, inadvertently guaranteeing that it'd fall into the hands of the most fervent Raekwon/Wu-Tang fans. As time went by, to describe Only Built as The Purple Tape was a sly form of oneupmanship since it meant, "I was first in line to own this."

Other rappers picked up on — and helped extend — the tape's cachet. Nas mentions The Purple Tape by name on his 2002 song "Last Real N---- Alive," referencing how Raekwon and Ghostface subtly accused The Notorious B.I.G. of stealing the album cover concept from Nas's Illmatic for Biggie's own Ready to Die. In Prodigy's autobiography, My Infamous Life, out last year, he writes about how "Raekwon's Purple Tape had me wanting to drive fast," almost getting the Mobb Deep rapper into an accident.

Capitalizing on this lore, the boutique music label, Get On Down, has released a deluxe, $45 reissue of The Purple Tape. And just so we're clear: yes, on cassette. It does, of course, come with some extras, namely a glass-topped, "piano lacquer" display box, suitable for the discriminating rap fan's mantle. The reissue — limited to 1,000 copies — also includes brand new liner notes, in the form of a 36-page hardcover book, researched and written by Brian Coleman, author of Check the Technique.

Speciality reissues have become a calling card for Get On Down. Among their previous boxsets is a copy of the GZA/Genius's Liquid Swords box that includes a chess set inside, in honor of that album's chess-themed cover art. If these reissues seem a little gimmicky, that's because they are — how else to justify a premium price for albums most fans already own? In this case though, hip-hop is merely following a trend rather than leading it. $270 apple-shaped Beatles USB drive anyone?

That said, a cassette-only reissue makes great sense for a hip-hop release. The music was born during the golden age of cassettes; its lo-fi aesthetic made dubbing old rap radio shows or homemade mixtapes less onerous than it might have been for, say, quadrophonic jazz fans. And the advent of the Sony Walkman also coincided with rap's rise. Hip-hop and the modern portable music era grew up together.

One way that synergy manifests on Raekwon's album is in the sequencing. Cassettes, more so than any other format — even vinyl — forces a linear listening experience. Yes, you can always press the FF button but that's a pain since you could never be sure if you would catch where the next song began. The easier route was to simply listen to the album in the sequence that the artist and producers intended.

That's why Only Built has an intro track ("Striving For Perfection"). That's why it was smarter to begin the album with a slow burner like "Knuckleheadz" than a more vigorous song like "Guillotine"; you need to build to that moment mid-album rather than expending all the energy upfront. In a digital playlist era, the listener can reorder and excise songs however they want, and there is something valuable in giving the consumer more control. But there's something lost too; we eschew the artist's original vision and revert albums back to when they were mostly collections of singles rather than an interlocking set of puzzle pieces.

All this is partially what's fueling a mini-resurgence in cassette-only projects. There are numerous websites devoted to music-on-tape, which is especially relevant for recording industries in which cassettes were — and still are — the exclusive medium. And naturally, now that millions of cassettes now litter landfills, the survivors have become lucrative collector objects.

None of this necessarily makes The Purple Tape reissue more attractive for the average consumer; at the end of the day, you're still spending $45 for a cassette tape. Cassettes have always conveyed cheap-ness, but I mean that both ways: they're disposable and poorly constructed but also inexpensive and accessible. Again, this is why cassettes and hip-hop have historically gone so well together; both carry with them a sense of democratic possibility that arises out of tools that anyone can afford. Dressing a tape up in lacquer somehow feels antithetical to the format itself but perhaps it's fitting for The Purple Tape. After all, the color has always been associated with royalty; see Prince.

Regardless, while the market for these kind of cassette-only projects may be limited, I still think there's value in the endeavor. The cassette was always a format that involved compromise — with its sound quality, linearity and lack of art/liner note space — but it also gave back with its easy portability and album-oriented format. It took a decade or so but music fans have clearly rediscovered the beauty of vinyl despite that medium's limitations. Super-niche as these trends are, the cassette is now poised to lure back old fans and perhaps, make a few new ones. Just remember that the next time you pass a dusty boom box at a yard sale.