Accessibility links
A Punk-Rock Band On Tour In The Land Of The Arab Spring : The Record Last year, the the Atlanta-based rock band Black Lips released an album called Arabia Mountain. Now, the band is in the middle of a tour of Egypt, Iraq, Lebanon and the United Arab Emirates. 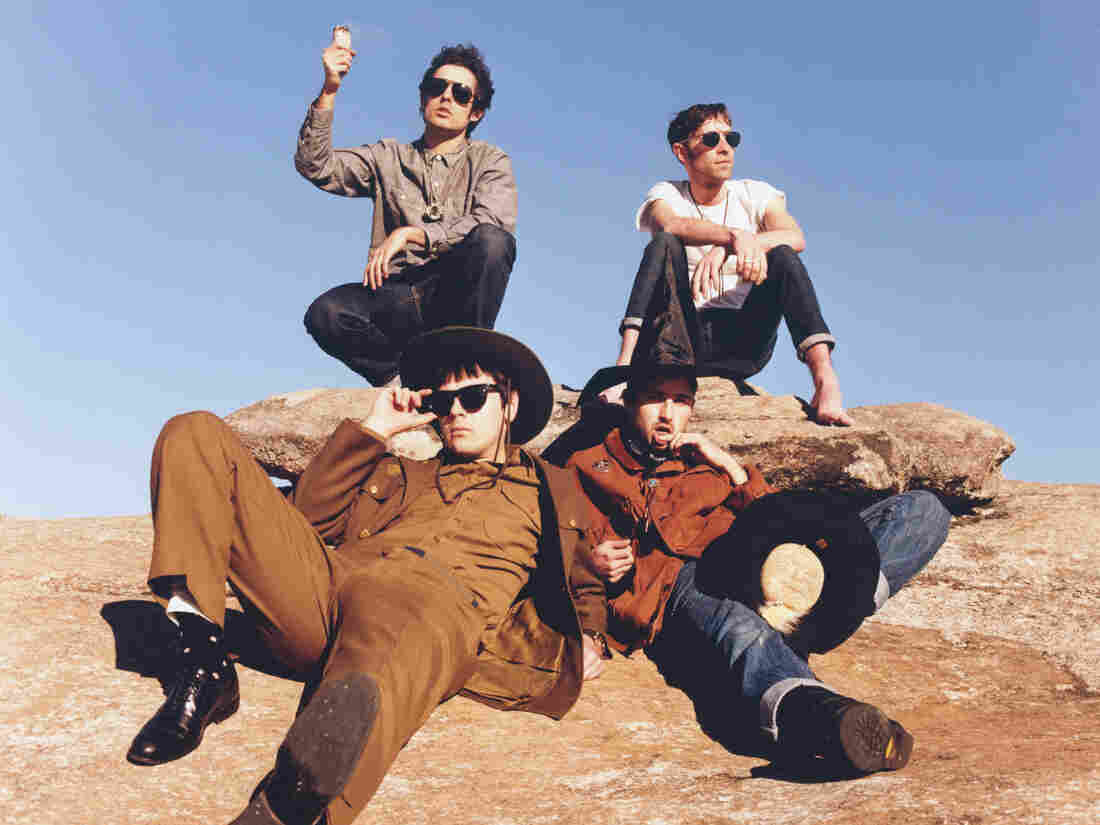 The Black Lips, not in Cairo. Courtesy of Biz3 Publicity hide caption 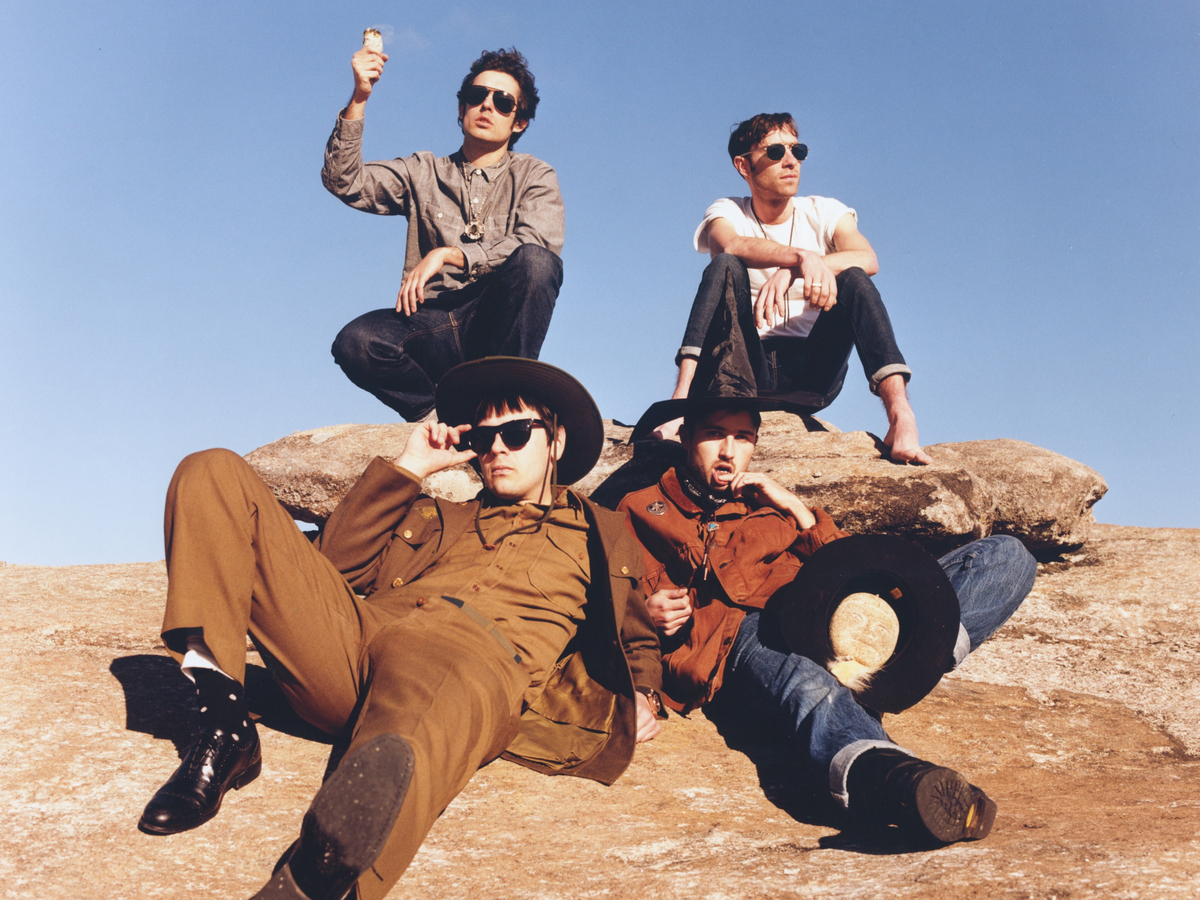 The Black Lips, not in Cairo.

Last year, after the Atlanta rock band Black Lips released the album Arabia Mountain, its members planned a trip to tour the Middle East, but the wave of Arab Spring protests forced them to change plans. Yet even with simmering anti-Americanism persisting throughout the region, singer-guitarist Ian St. Pe was determined to see this through. Cairo, where I spoke with them on Friday, was the band's second stop.

"It is kind of wild to be over here at this time with all the stuff that's going on in the region," St. Pe said. "I just want to say, 'Hey, don't hate us because one person did something.' "

The crowd at the cultural center where the band played — known more for folk music and poetry readings — was a mix of Egyptians, European and American expats, even some families with small children, some of whom climbed up on the side of the stage to watch. Many admitted not knowing much about the Black Lips, saying they came for the local opening acts, rock groups called Zero-50 and Faking It.

20-year-old Ghada Ali said she supports the demonstrators outside the U.S. Embassy earlier this month. But Ali, who wears a hijab, doesn't see any problem with coming to an American rock concert.

"When I attend here, it will not affect my attendance there at the embassy," Ali said. "Some people would say that if I totally boycotted the United States, I shouldn't attend the concert, but I don't see it that way."

Drummer Joe Bradley said the band is trying to keep politics out of their tour.

"We just want to share music, and we want to learn as much from the cultures that we experience as hopefully they can learn from us, but hopefully, we can get them movin'," Bradley says. "We got that rock and roll back beat. And they might not even know rock and roll but it makes your big toe shoot up in your boot and makes your hips go back and forth. I think they'll enjoy it all."

The crowd of more than 250 seemed to enjoy the show, with dozens dancing in a tight group pressing close to the stage — men and women in the mixed group still keeping a respectful distance. Security was no tougher than normal, a basic metal detector, and the no-smoking, no-drinking rules kept the rock concert pretty calm, with some help from the band.

The Black Lips acknowledge they sometimes tone down their shows for more conservative audiences. They learned a tough lesson in India in 2009, when nudity and same-sex kissing onstage cut short their tour and sped their exit from the country.

The Cairo show was a success, confirmed by the big smile on 23-year-old Ibrahim Abdul-Wahab's face after the concert.

"They were especially double awesome," Abdukl-Wahab said. "They were active with the people with the audience. I felt so high in the show, I lost myself completely. It was mind-blowing." Abdul-Wahab hopes more American bands tour Egypt, which he said sorely lacks in the rock department.

Backstage, Black Lips members Cole Alexander and St. Pe, sweaty after the show and perched atop a giant speaker, said they want that as well. They hope a documentary being made about their trek through the region will help.

"You have to build a circuit," Alexander said. "Like when the Berlin Wall fell, and the Iron Curtain was rolled back, some punk bands started trying Eastern Europe, to kind of like, make connections, and then share the connections with other people. So, yeah, we're going to try to pass along some of the information that we have."

St. Pe agreed. He hopes that others will be inspired and follow in their footsteps. "The other American bands will hopefully want to come over here, maybe after they see our documentary," St. Pe said. "There's no reason why the world can't be ours."

After Egypt, the Black Lips head to Lebanon, Iraq and the United Arab Emirates.