Accessibility links
Crowd Funding For Musicians Isn't The Future; It's The Present : The Record Musicians have to spend money and a lot of time to hit their crowd-funding goals, so failure is expensive. But for some people, at specific moments in their careers, crowd funding can be a piece of the puzzle. 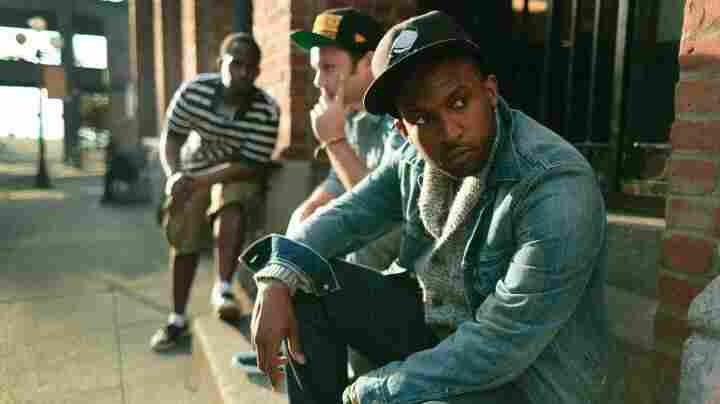 The Physics, with Thig Nat at the right. Courtesy of the artists hide caption 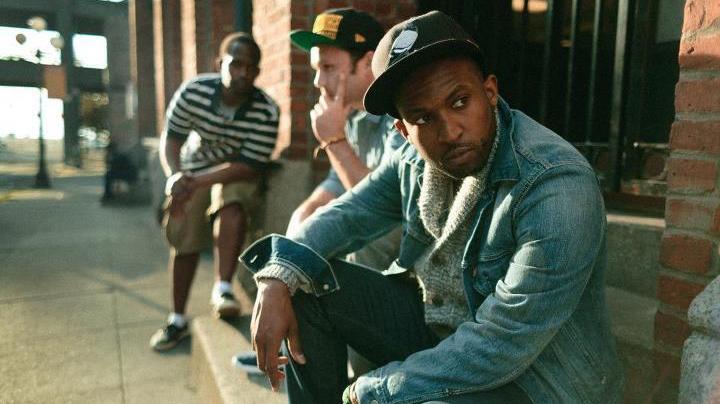 The Physics, with Thig Nat at the right.

By now, everyone's heard of Kickstarter, the website that lets people with an idea or project ask other people to contribute toward realizing it. It's called crowd funding, and this summer's big success story was musician Amanda Palmer. She raised more than $1 million to produce her new album. But crowd funding doesn't work for every musician every time.

Internet-based crowd funding works sort of like a bake sale. You pay a little bit more than that cupcake's market value, and when your friends ask where you got it, you tell them the gym needs a new roof and the 11th grade is raising money to fix it. Album sales are less than half what they were 10 years ago. Your local musician needs a new roof.

The Seattle-based hip-hop group The Physics put out its first album five years ago without the help of a record label. The group played all over its hometown, toured the country and hit the festival circuit. But it wasn't until this summer that the Physics decided to try a Kickstarter campaign to fund the release of their latest album — their fourth.

Gathigi Gishuru, known as Thig, is one-third of the group. "Over the last few years the Seattle hip-hop scene has been taking off," he says. "We've literally seen how the crowds have grown at shows from 100 people to 1,000 people at these venues. For us there was no better time than now to take advantage of that."

The Physics' campaign on Kickstarter.

Terre Roche's appeal on her site.

The Physics hoped to raise $8,000 in about a month. They set up their campaign like a pre-order for the album they had just finished recording. They ended up raising $11,721 from 242 fans and released Tomorrow People last month.

"Most of our fans do have a Facebook, they do have a Twitter, they do have Instagram," says Thig. "I think Kickstarter — and even all online crowd-funding opportunities — I think for them to work you have to have a fan base that is easily engageable online."

Thig says The Physics' fan base ranges from kids in high school to people in their 30s. That age group operates comfortably on the Web. But an active, engaged audience doesn't necessarily translate to active support.

Sinan Aral is a scientist who teaches at New York University's Stern School of Business. He speaks about his specialty, influence and susceptibility in social networks, often.

But what about an artist somewhere in between The Physics and Ashton Kutcher?

Terre Roche got her start in 1975, when she released her first album with her sisters, The Roches. They toured constantly and put out more than a dozen records on major labels. The Roches stopped working together about a year and a half ago. Terre is now recording an album with her new group, called Afro Jersey.

As she wrote in an op-ed in the New York Times in June, "the job description has vastly changed." Major labels don't make enough from pop star blockbusters to subsidize up-and-comers the way they did when she started out.

"I had never done anything like that before," says Roche, talking about crowd funding. "I had never asked someone for money. There always had been a record label or you do a gig and the people would come and they'd pay."

Roche decided to give crowd funding a try to raise money for studio time, to pay a producer and get the album mastered. "And in the beginning I was very enthusiastic about it because I thought, 'Oh, this is cool because you don't have to audition for somebody, you don't have to get picked by a record label.' "

Roche used a three-ring binder to organize her crowd-funding campaign. "I sent out to everyone on the Facebook list," she says. "Then I realized I had to make a list of everybody. So I had this book. This is everybody who I sent things to. And the different colors here — like if someone contributed, I'd put an orange line and then I would thank them. A then I'd put an X if I thanked them."

One person who definitely does is Palmer, this year's big Kickstarter music success story. The $1.2 million she raised for her new album generated headlines.

In the video that kicked off her campaign, Palmer held up a sign that says, "This is the future of music." I asked Roche if she thinks that's right.

I asked Thig, of The Physics, if he would do another crowd-funding campaign.

"I don't really feel like this is the kind of thing you can continue to do from year to year," he says. "Cause at a certain point your fan base or people are going to be like, 'Hey, the novelty has kind of worn off.' "

And if you get too successful, New York University's Aral says it gets even more awkward to ask for help.

"If Katy Perry were to run a Kickstarter campaign, I'm not so sure it would succeed," he says. "Because people would say, 'Hey you know, you're Katy Perry, you should be able to pay for this yourself.' "

Musicians do have to spend money and a lot of time to hit their crowd-funding goals, so failure is expensive. But for some people, at specific moments in their careers, crowd funding can be a piece of the puzzle.