Accessibility links
How Musicians Make Money On Spotify : The Record The streaming music service offers millions of songs to millions of users, but it's not yet a reliable source of income for musicians. 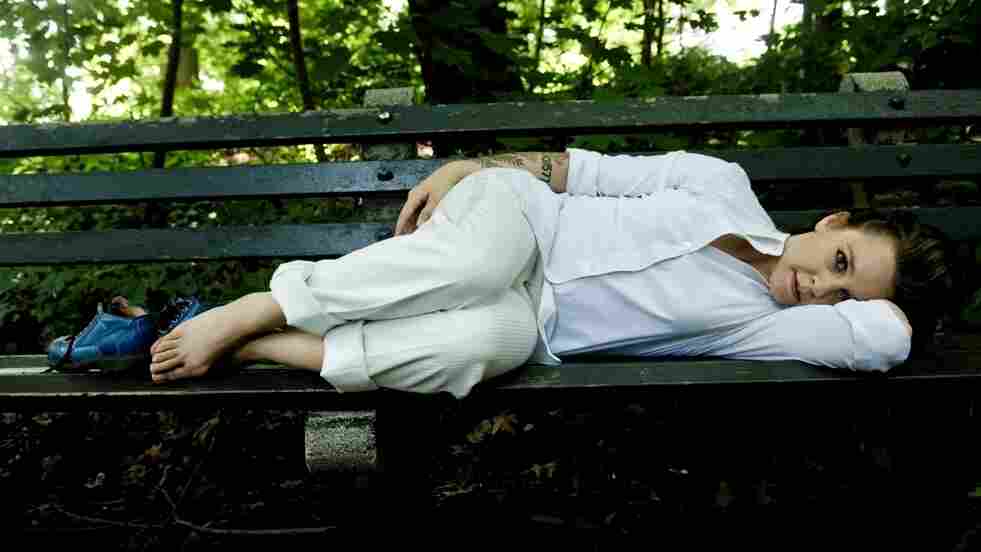 Erin McKeown is currently recording her ninth studio album, to be released this fall. Michael Weintrob/Courtesy of the artist hide caption 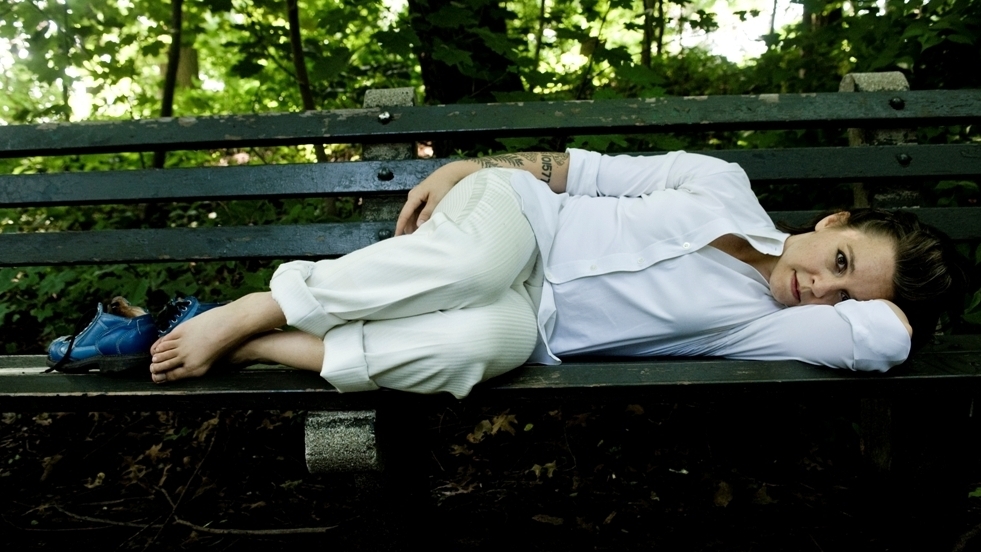 Erin McKeown is currently recording her ninth studio album, to be released this fall.

The streaming music service Spotify has garnered some 2 million users in the U.S. since its introduction a little over a year ago. The service includes many big acts like Katy Perry, but many musicians have mixed feelings about it. Some, like Adele and Coldplay, resisted putting new albums on Spotify, citing the service's low royalty payments to musicians. Others, like the Black Keys, won't allow full albums on the service at all.

The independent musician Erin McKeown has her albums on Spotify, and because she doesn't have a label, she gets all of the royalty money the service pays out every time someone plays one of her songs. McKeown asked her accountant to figure out how much money she was making. The answer was $0.004 per play — not much at all. McKeown says most of the money she sees from online activity comes from iTunes downloads.

"For me, most people go to iTunes," she says. "I'm paid fairly from iTunes. My entire catalog is represented."

She worries that her fans will stop buying downloads of her songs and listen to her free on Spotify without realizing they're not supporting her as much financially.

"I think a lot of people who used to buy music at full price use Spotify," McKeown says, "maybe because they don't know or maybe because it's a great service on the consumer side."

Executives at Spotify see it differently. Ken Parks, the company's chief content officer, says the service isn't cannibalizing digital downloads but instead luring people away from such unauthorized file-sharing sites as Pirate Bay. Both Spotify and Pirate Bay were born in Sweden, a country, Parks says, famous for its love of file sharing.

Spotify's database includes millions of songs, which listeners can access free on a computer if you don't mind a few ads. For $5 a month, subscribers can eliminate the ads, and for $10, they can access the service via mobile devices.

Parks says Spotify has around 15 million users worldwide, though he wouldn't break down the numbers by country. However, a document leaked to NPR shows over 1 million users in Sweden alone — not bad for a country of just 9.5 million people.

"Two years ago, the ... debate about downloading illegal music was a really hot topic in Sweden," says Mattias Lovkvist, the CEO of the independent Swedish label Hybris Recordings. "Now it's completely cold. Nobody talks about it anymore."

Lovkvist says what's even more significant is that around 90 percent of Swedish users have upgraded from the free Spotify service to one of the paid levels. He says artists get a higher royalty rate when paid subscribers stream their songs, and at least one Hybris musician, the singer Jonathan Johansson, is making a substantial amount of money from Spotify. Johansson sells out theaters in Sweden, and Lovkvist says the singer made $20,000 in royalties from Spotify the first week his most recent album came out.

"People actually go to Spotify to check out new artists," Lovkvist says. "All the kids listen to Spotify."

In other countries, however, most online revenue has been coming from iTunes and Amazon downloads. Martin Mills, who runs Beggars Group, a consortium of independent labels including XL and Matador, says Spotify does cut into sales.

"It does cannibalize to some extent," Mills says. "I mean, it's fashionable to say it doesn't, but of course it does. We all know people who've either stopped buying records or stopped downloading, are just using Spotify."

Independent labels, like those in Mills' Beggars Group, negotiate their own agreements with Spotify, and he says he is seeing some of his artists make more from the service. But the key seems to be the number of subscribers: The more people use the service, the more royalties it generates. So it's likely to be a long time before Spotify's U.S.-based service comes close to matching its numbers in Sweden, where more than 10 percent of the population uses the streaming service. Of course, the bigger the artists, the more people will stream their songs.

How much of that money actually goes to label-affiliated artists varies widely. Like Sweden's Hybris, the labels in the Beggars Group give 50 percent of the royalty payments to the artist. The bigger labels wouldn't talk to NPR, but according to the research firm Enders Analysis, the labels only pay their famous artists a 20 percent royalty, while lesser-known artists get 15 percent.

As part of their agreement to let the service stream their music, the majors also own part of Spotify. Mills and others worry that in the future, the big labels will use that clout to force the service to promote their own artists.

"That's our daily struggle as the small guys," he says. "The big guys can always try to squash you."

Still, an independent artist like McKeown says she'll stay on Spotify because that's where the fans are going.

McKeown notes that at least Spotify pays better than one even more popular service — YouTube.

A previous Web version of this piece, as does the audio, included information provided by musician Erin McKeown about the royalty rate paid to her by Spotify each time someone plays one of her songs on the streaming service. McKeown said that rate was "point zero zero four cents" per play. Some members of our audience thought this seemed low, so we called McKeown, who confirmed the quote. Later, she realized she misspoke. Her correct rate, as she has posted on Twitter, is $0.004 — just under half a cent — per play.